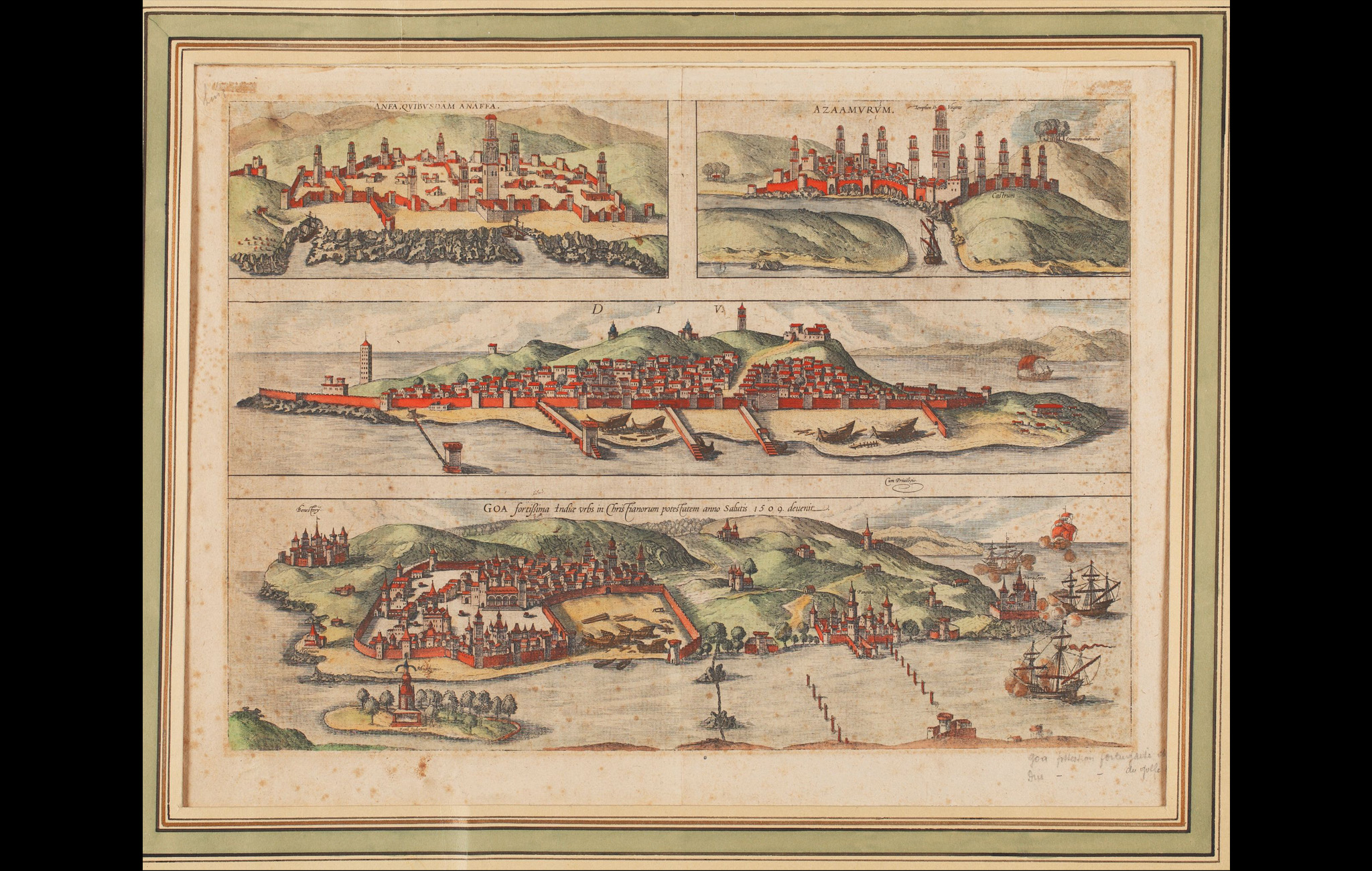 In the early history of map-making, the representation of cities was mostly done as sketches that were part of book illustrations or primarily bird’s-eye views. This composite view is part of Georg Braun and Frans Hogenberg’s, the Civitates Orbis Terrarum.

The first volume of this landmark atlas was published in 1572, and its final volume in 1617, featuring a total of 546 vistas, views and maps of cities from around the world. This composite engraving presents bird’s-eye views of four cities, two in northern Africa and two in India: Anfa (now Casablanca), Azamor (now Azemmour), Diu and Old Goa (Velha Goa). The caption above the city of Goa reads ‘a fortified city in India that in the early 16th century came under the power of the Christians’, something that also reflects the history of Portugal’s empire building.