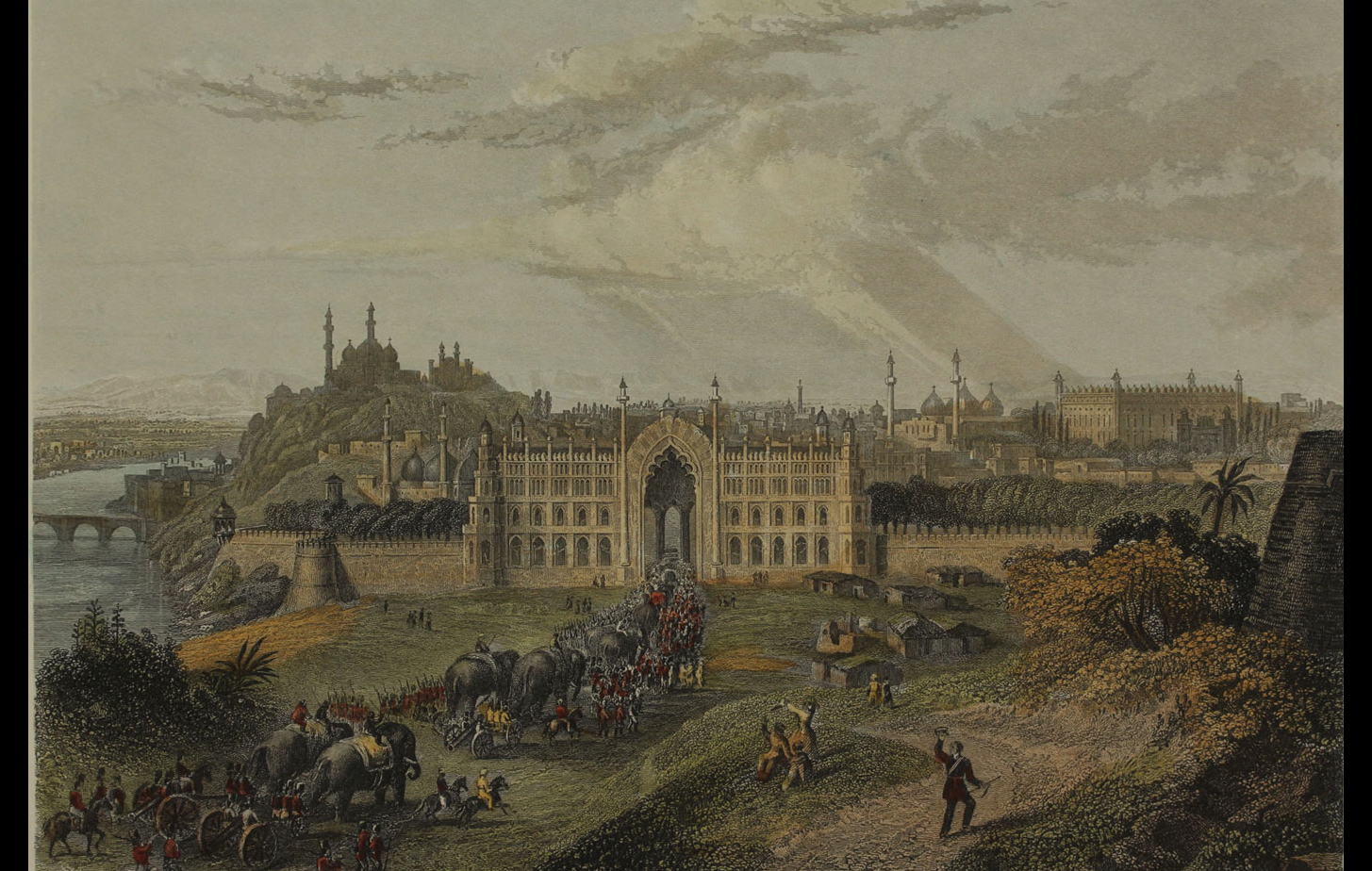 During the Uprising of 1857, events in the city of Lucknow took a rather violent turn. As the news of the Uprising broke, the British officials and their families took shelter in the Residency, while the rebelling soldiers blocked every means of outside contact for them and continued their attacks for over 90 days. A relief of the city was first attempted by James Outram and Henry Havelock, and a second evacuation mission was organised by Colin Campbell who was succedded in the rescue mission after another 60 days of fighting. This engraving depicts an episode during this entire seige mission – the entry of the British troops to the city of Lucknow with reinforcements to suppress the rebelling soldiers. A procession of infantry, cavalry and canons along with animals can be seen entering the city through the Rumi Darwaza, while some figures cheer them on from a hillock. Beyond the gate lies the vast stretch of Lucknow with its looming minarets and domes. On the left corner, the river Gomti may be seen connected to the main city through an arched bridge.