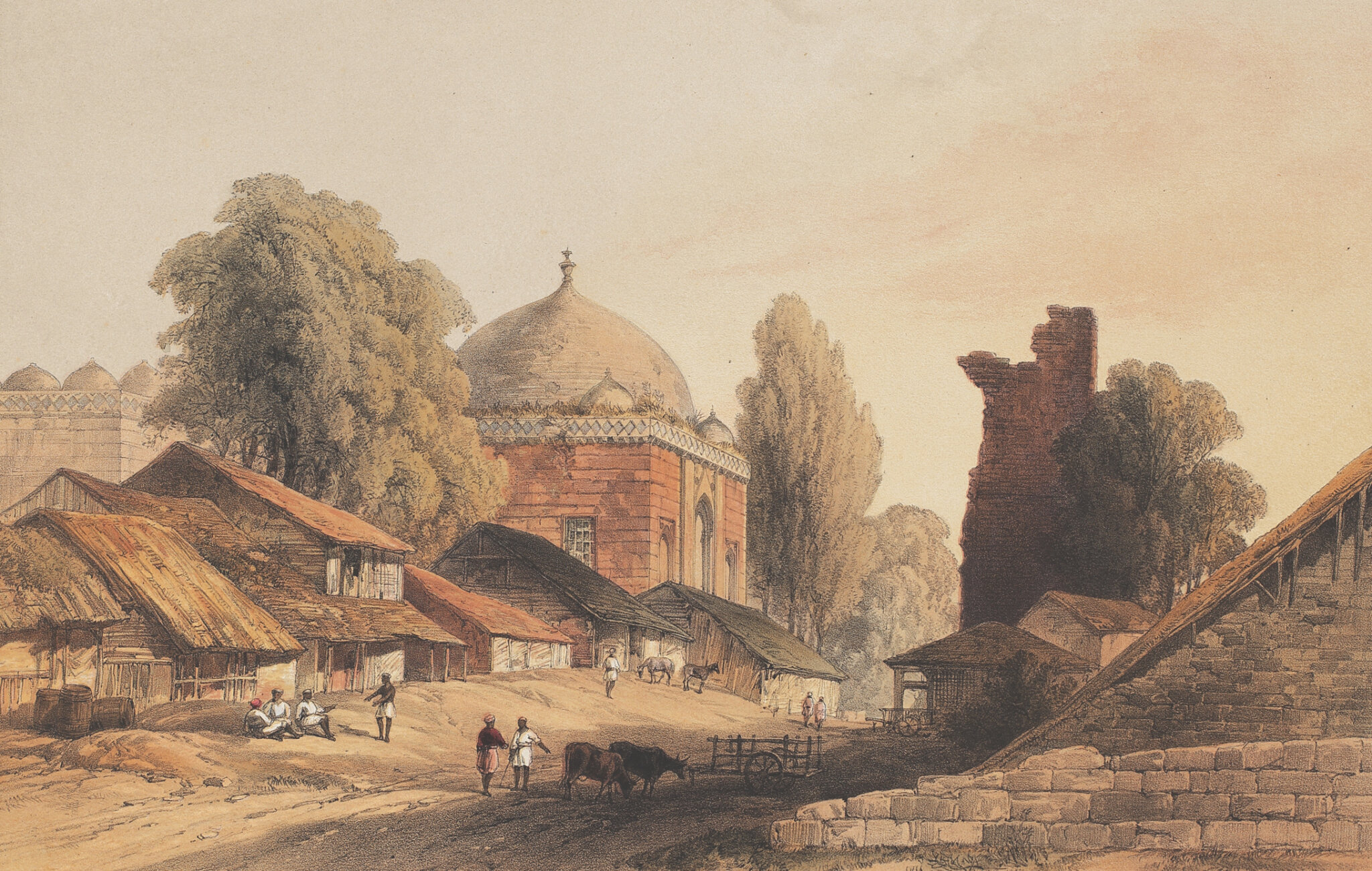 The Jami Masjid (Jumah Musjid) in Mandu is said to be modelled after the Great Mosque at Damascus. While the construction of the mosque began under Hoshang Shah Ghauri (reigned 1405-1435), it was completed in 1454 during the reign of Mahmud Shah Khilji I (reigned 1436-1469).

Also seen are small huts along the road before the eastern entrance of the brilliant red sandstone mosque. Various cracks that appear on the dome and walls bring attention to the dilapidated condition of the structure. We only see the western boundary walls and a few domes of the inside structure. Yet, the brilliant red on the rectangular entrance with its large domed porch and the beautifully ornamented blue glazed tiles reflect the architectural brilliance of the mosque.