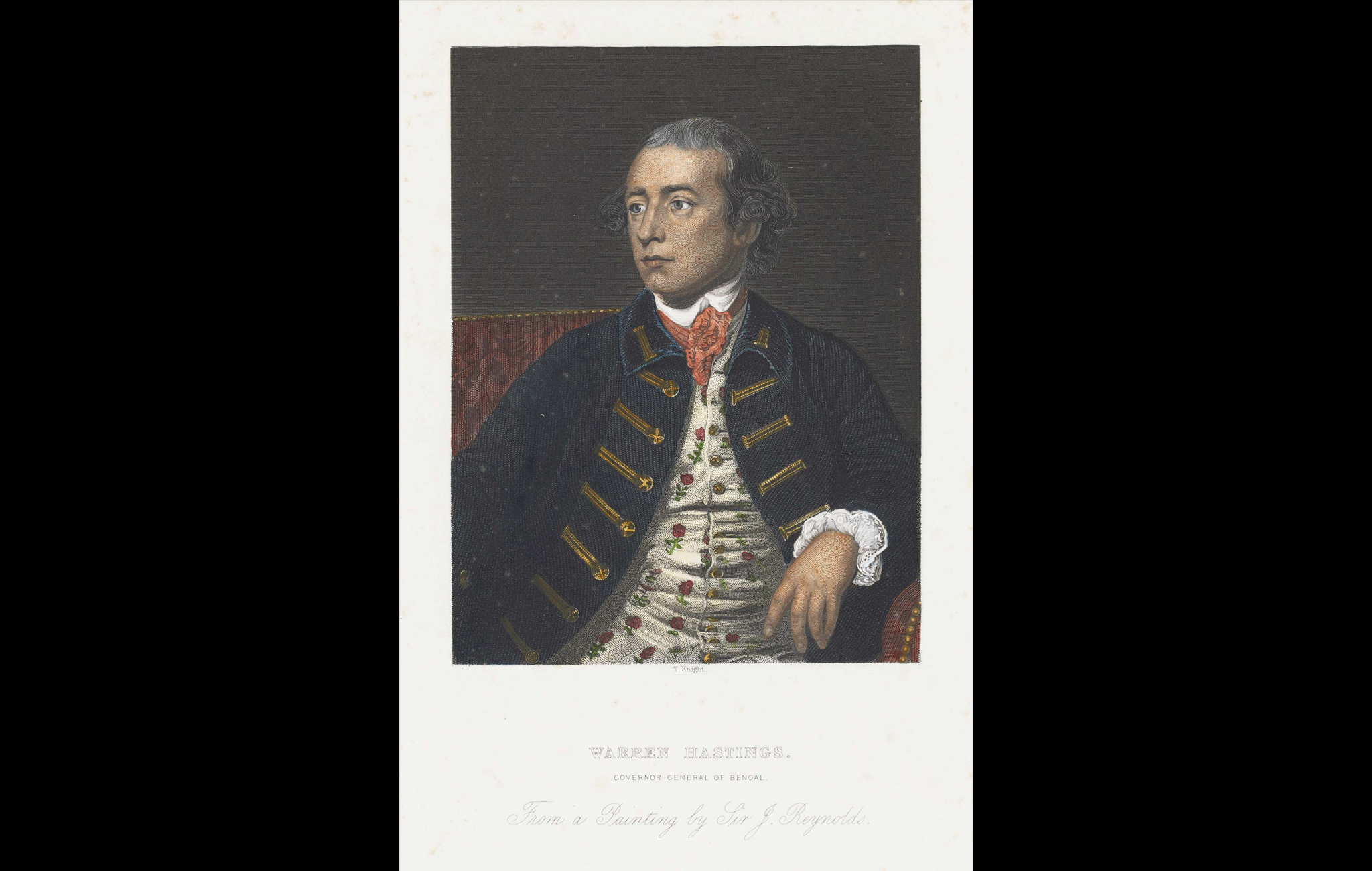 This is an engraving of Warren Hastings, the first Governor-General of Bengal, based on a painting by Sir Joshua Reynolds.

Warren Hastings began his career in India as a clerk in the administration of the East India Company. The Mughal Empire was already in the process of disintegrating when he reached India. Instigated by Robert Clive, he was appointed as the British Resident at Murshidabad around 1758, in the court of the Nawab of Bengal. He recommended many trade transit amendments but faced vehement opposition from the British Council.

His government saw a great deal of expansion of British territories in India. Still, it was also full of turmoil because of his many reforms in the company’s administration to curb corruption. He faced impeachment charges upon his return to England in 1784; he was tried in 1788 and subsequently acquitted in 1795.

To read more about the Bengal Presidency, click here.