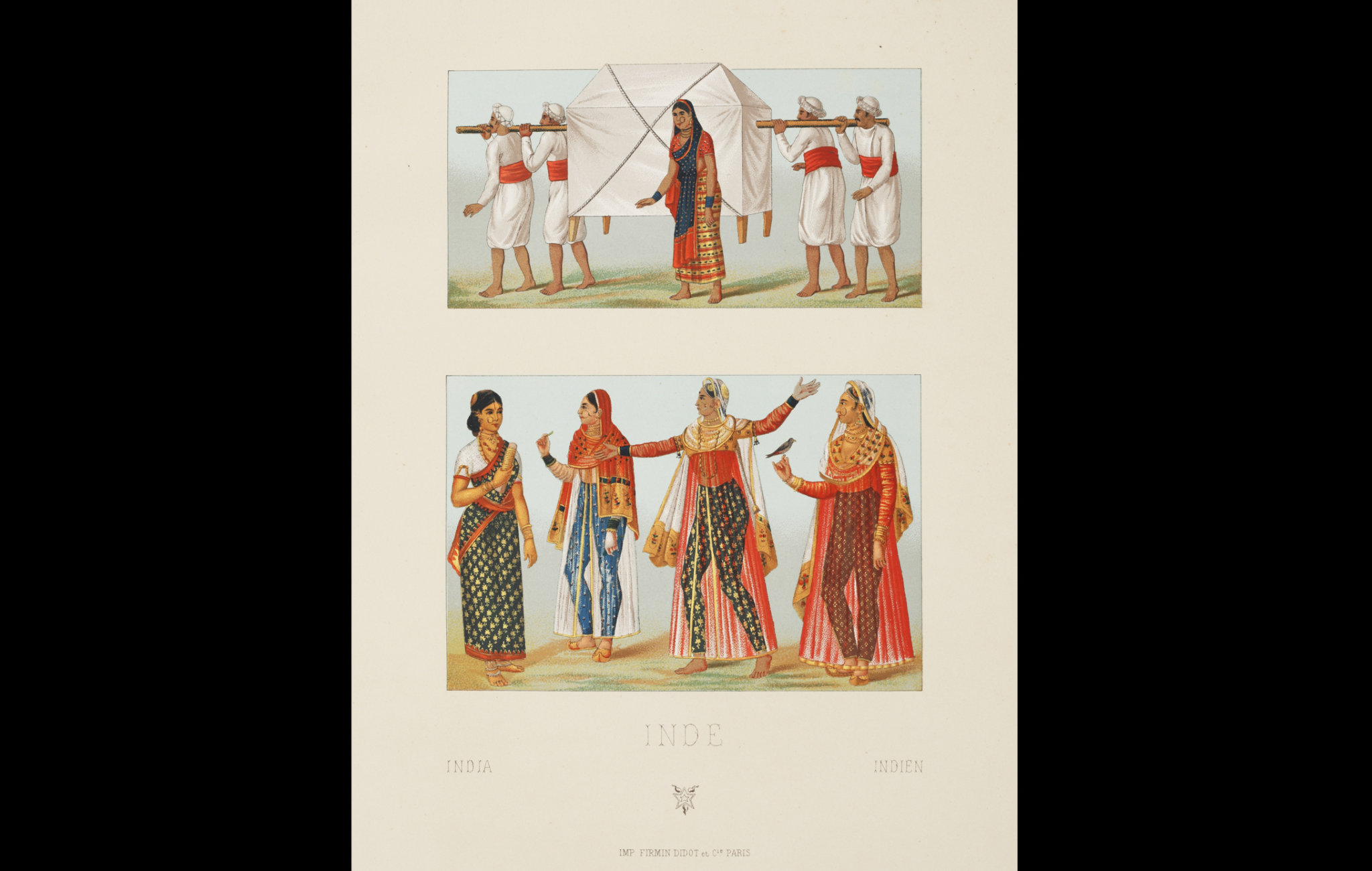 This print showcasing Indian styles and traditions is from Auguste Racinet’s “Le Costume Historique,” (Paris, circa 1880).  Auguste Racinet’s ‘Le Costume Historique’, published in France between 1876 and 1888, was the most extensive costume study ever attempted for its time. The six-volume work is highly peculiar in its details and attempts to cover the history of style from around the world, up till the end of the 19th century.

This print is part of a special online show curated by the award-winning dancers Mallika Sarabhai and Anita Ratnam.