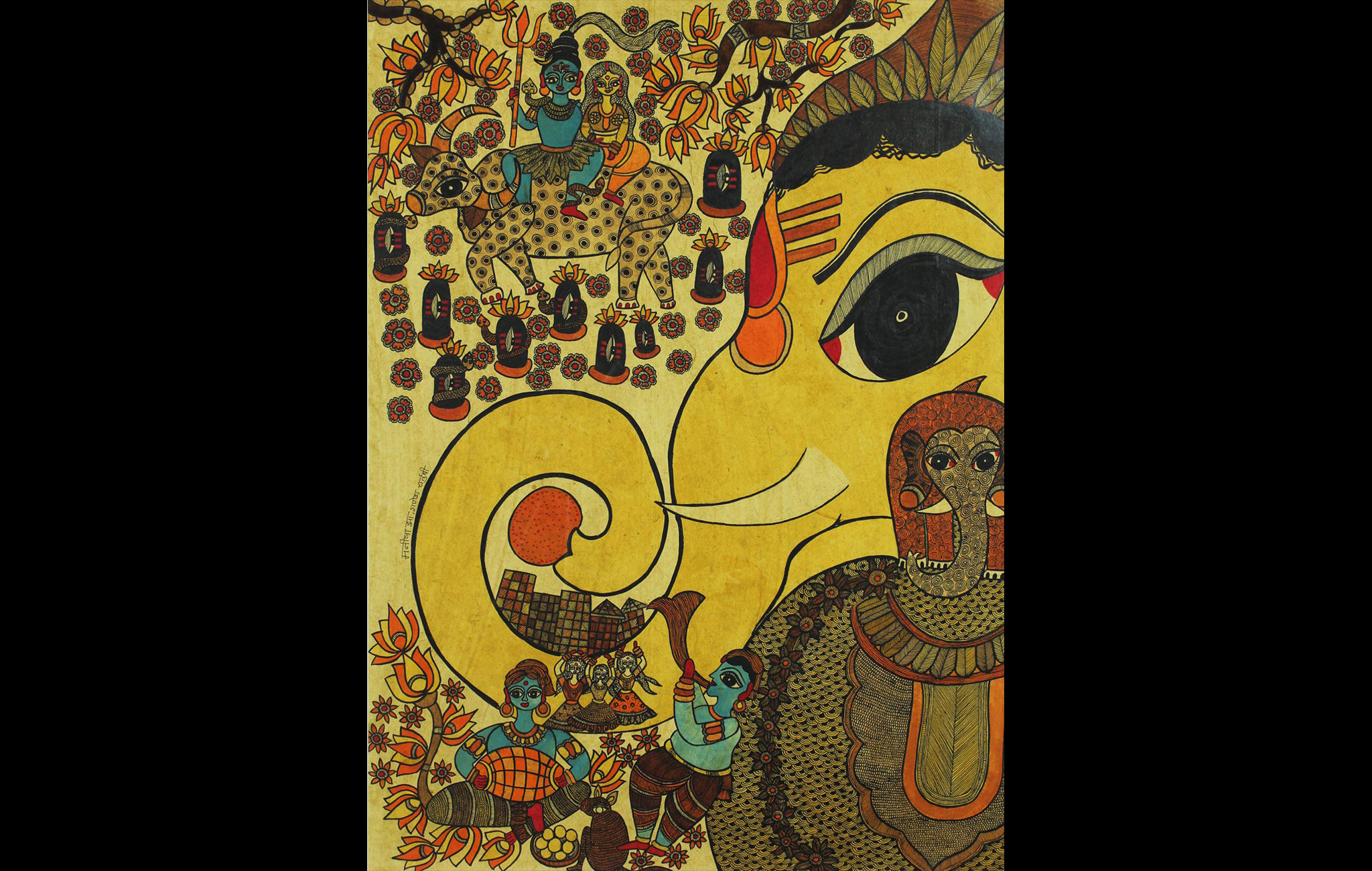 This is a Mithila painting of Ganesh Chaturthi is by Manisha Jha. One of the most popular Hindu festivals in India, Ganesh Chaturthi celebrates the birth of Ganesh or Ganapati, the elephant-headed son of Shiva and Parvati. Ganesha is also known as Vighnaharta (remover of obstacles) and Hastimukha (elephant-headed). He is an important deity in the Hindu Pantheon, usually invoked before important ceremonies and is regarded as the Lord of the Ganas.

Mithila or Madhubani art originated as a ritual wall painting in Mithila region in Bihar, primarily done on the occasion of marriage. Traditionally, it has been a woman’s preserve. With modern times the medium of art shifted to canvas, and on rare occasions to cloth.