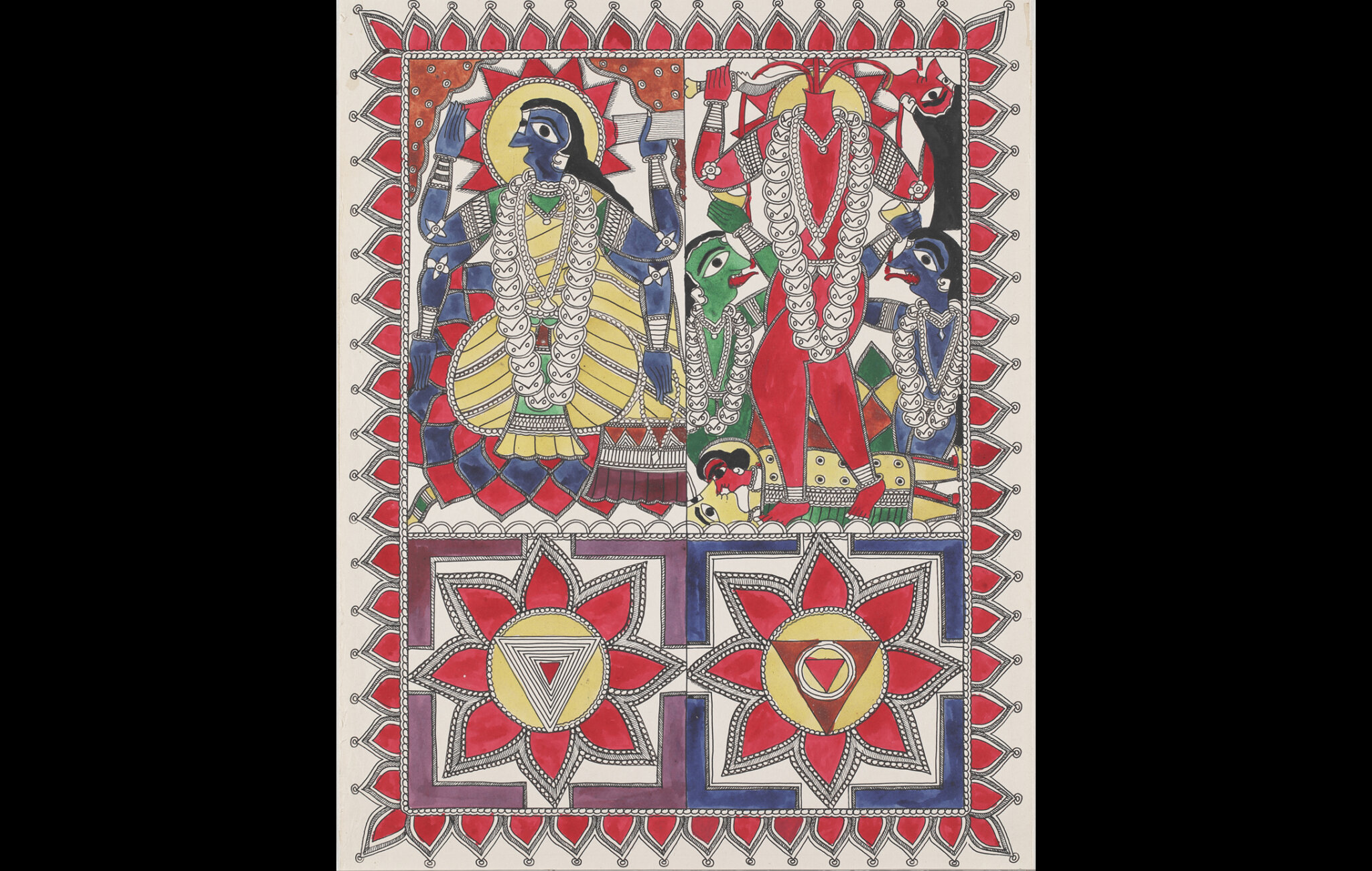 This painting created by Krishnanand Jha shows Goddes Bhairavi and Goddess Chinamasta. Both goddesses are part of the Shakti cult Mahavidya, the ten goddesses of wisdom. In the canvas we see Bhairavi on the left and Chinnamasta on the right. While Bhairavi is depicted as seated on a lotus in a calm state. Chinnamasta is depicted as she is described in the Pranatoshini Tantra legend – she is headless, her body springing blood from her neck region, she holds her own severed head in one arm, her blood is feasted on by demons and she sits on a copulating couple. The two lotuses with geometrical symbols seen below are tantric motifs. The canvas is brightly coloured and showcases bold line work.

Ink and pigment on Paper