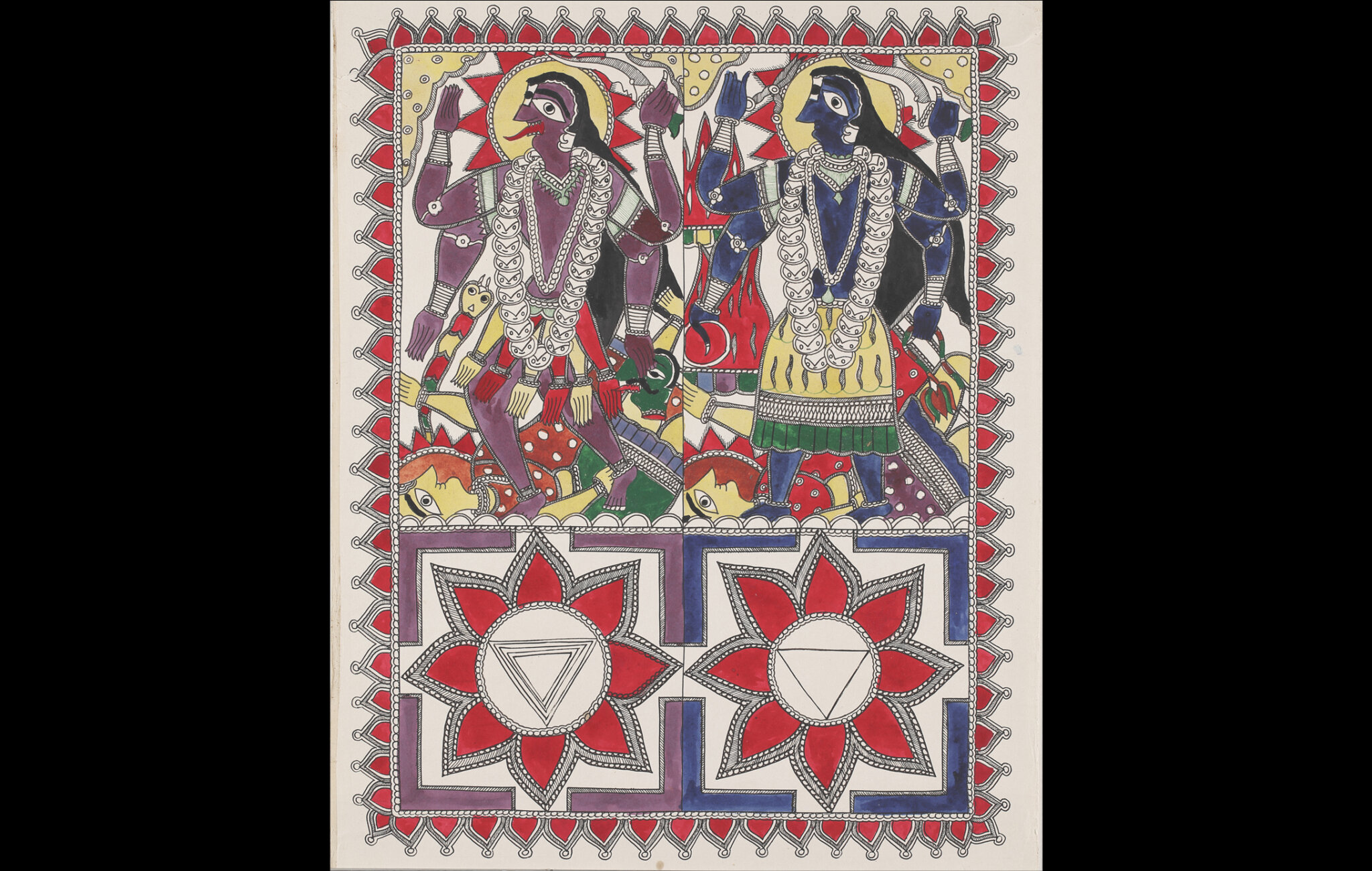 This painting created by Krishnanand Jha showcases the Goddess Kali and Goddess Tara (Ugratara). Both are four armed goddesses standing on top of a corpse of a man. The goddess on the left, Kali, is holding a severed head of a demon. Her tongue is perched outwards and the forehead of the corpse is painted indicating the third eye – a representation of God Shiva, another symbol of the snake near the man’s arm place him as Shiva. The goddess on the right can be identified as Tara, the second goddess from the Mahavidyas (Ten Goddesses of Wisom). She is painted in a darker shade, the complexion that gives her the name ‘Ugratara’ (Fiery dark goddess), among the weapons she also holds motifs like the blue lotus and the drinking vessel. These are characteristic of the Shakti cult goddess Tara’s furious encarnation Ugratara. The lotuses seen beneath with geometric symbols in the centre are commonly seen tantric symbols. The entire canvas is brightly coloured and the forms appear in strict two-dimensional format, even the cup like vessel in the hands of Tara is seen as a mere red circle.

Ink and pigment on Paper