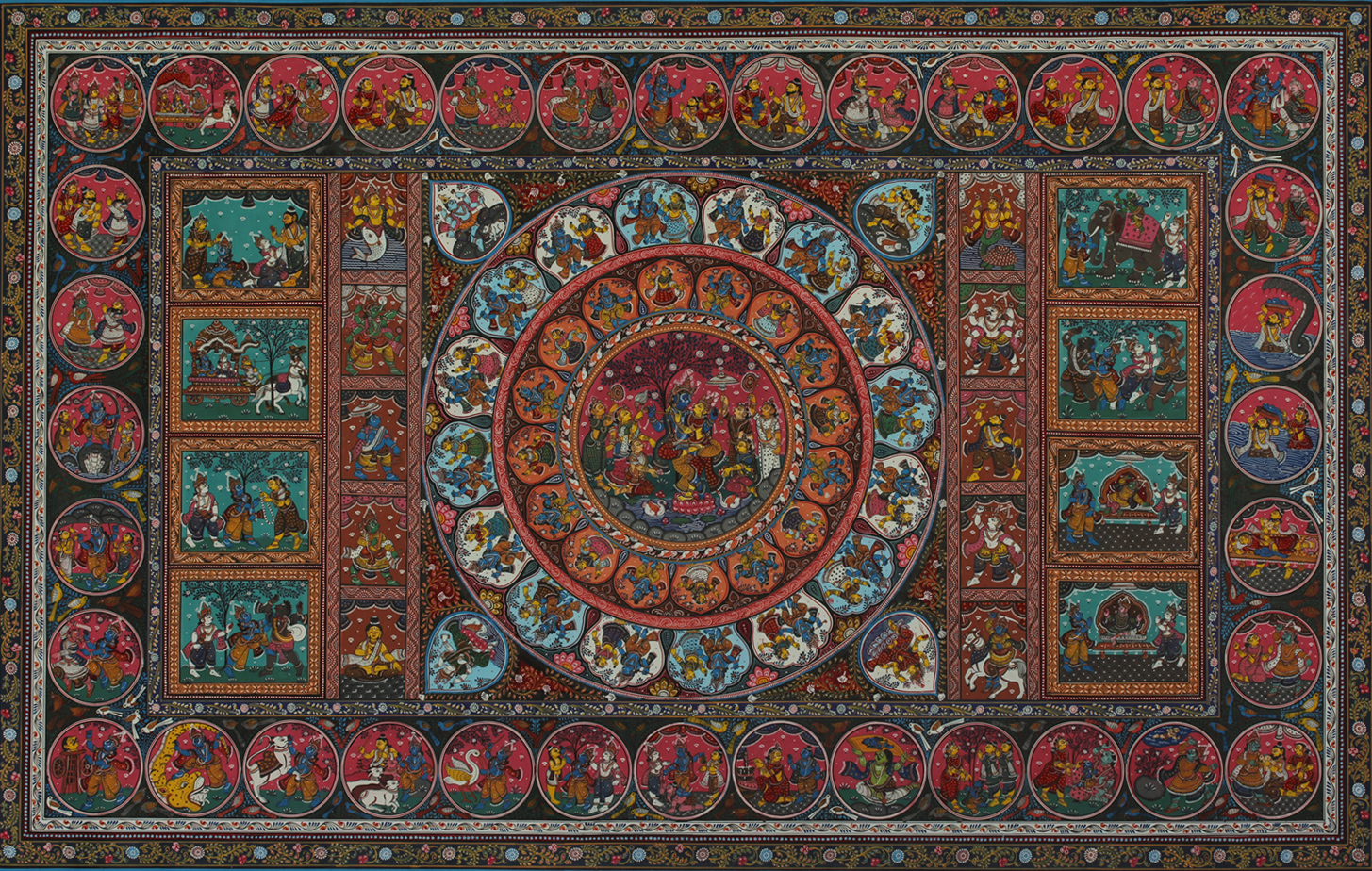 This pattachitra describes Krishna and Balarama leaving Vrindavan to go to Dwarka – where Krishna settled and ruled as king. Gopis can be seen lining ahead of the chariot and bidding him farewell. Since this a modern rendition of the legend the figures are actually shown waving to each other – a gesture borrowed from the western world and definitely not in prevalence in India at the time these legends are created or narrated. The top and bottom registers again depict the ten incarnations of Vishnu, while large panels on either side of the central panel show Krishna stealing gopis’ clothes and defeating the snake Kaliya. The outermost border has circular panels with various episodes from the life of Krishna.