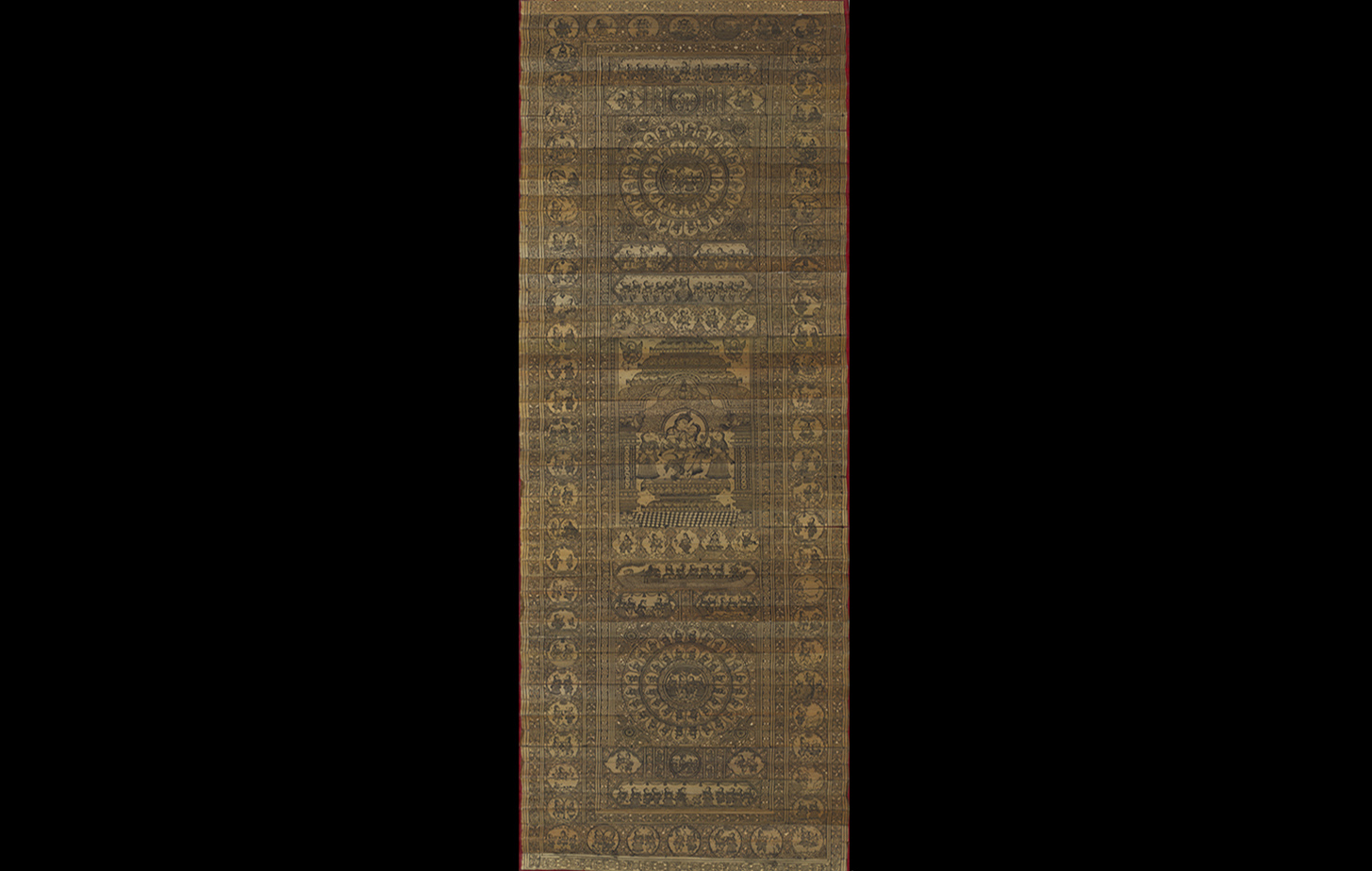 The patachitra tradition practiced in Orissa and West Bengal is the art of creating religious paintings on cloth, wall, palm-leaf or manuscripts. The tradition grew out of ornamenting the sanctum sanctorum of the Jagannatha Temple in Puri, eventually branching out into other domains. They were originally created by the artist (chitrakara) class of Orissa called the Mahapatras, and references were derived from the earliest classical Indian treatises on paintings called the ‘Chitralakshana’ as well as from folk elements available in daily living. The themes themselves mostly revolved around Vaishnava myths and iconography, occasionally branching out to include other sectarian branches of Hinduism. Today, practitioners of this art form have multifariously expanded their oeuvre to experiment with various other subjects and mediums, while preserving the original quality and the classical aesthetic sensibilities.