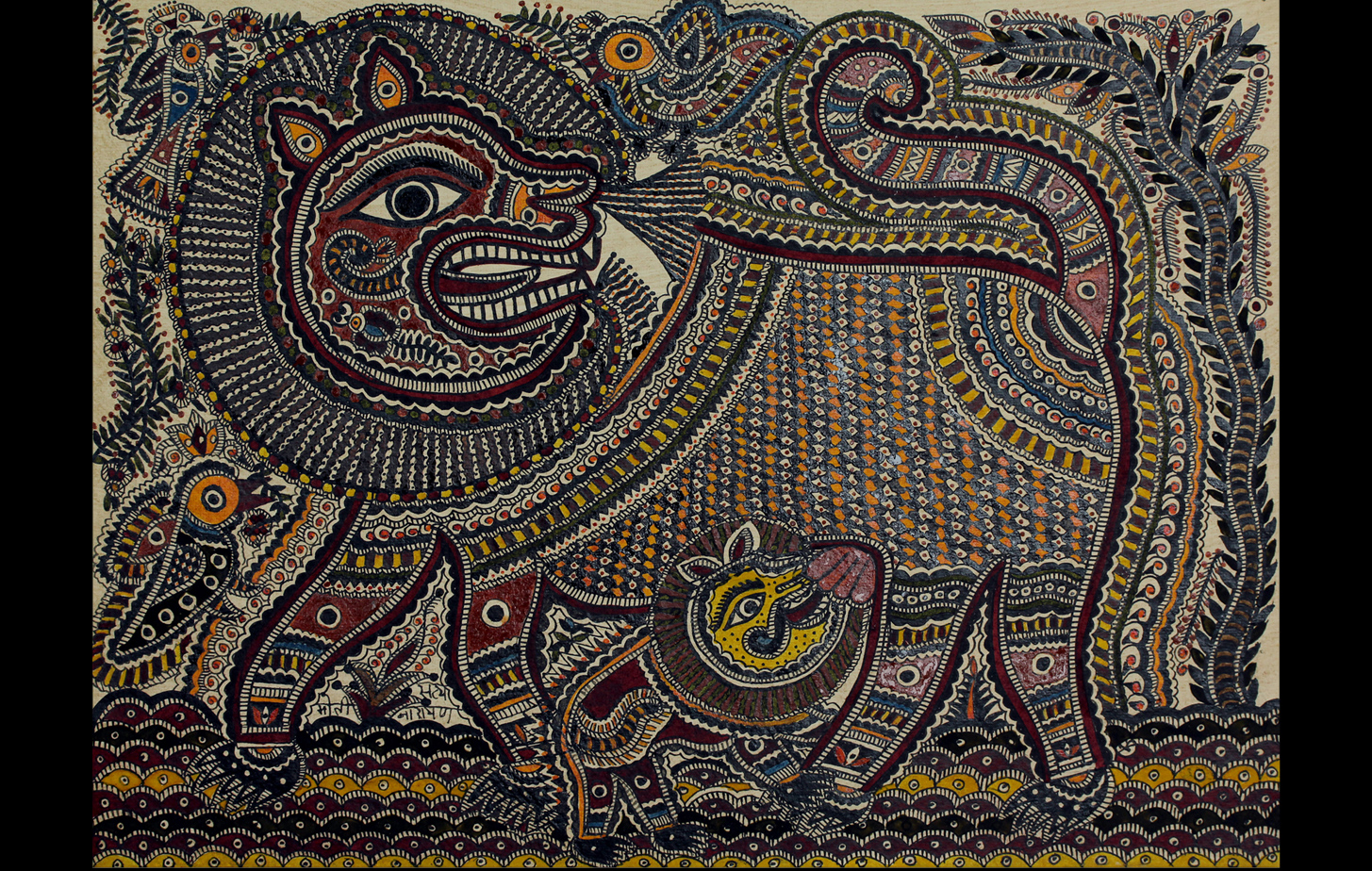 The mithila or madhubani painting tradition originated in Bihar, and is claimed to be around 1200 years old. It is primarily practiced by women, who used to create these works on the walls of their house interiors. Only a chance occassion n 1934 – a massive earthquake that led to the destruction of the mud houses of these villages – led to the discovery of these murals for the outside world. The charateristics of mithila paintings are an element of horror vacui, the use of twigs, fingers and nibs to draw and the employing of a lot of floral motifs. This particular mithila work shows two birds, most possibly peacocks sitting amidst such foliage. This particular Mithila painting depicts a lioness milking her cub, while three birds hover around.

Gouache and Ink on Paper