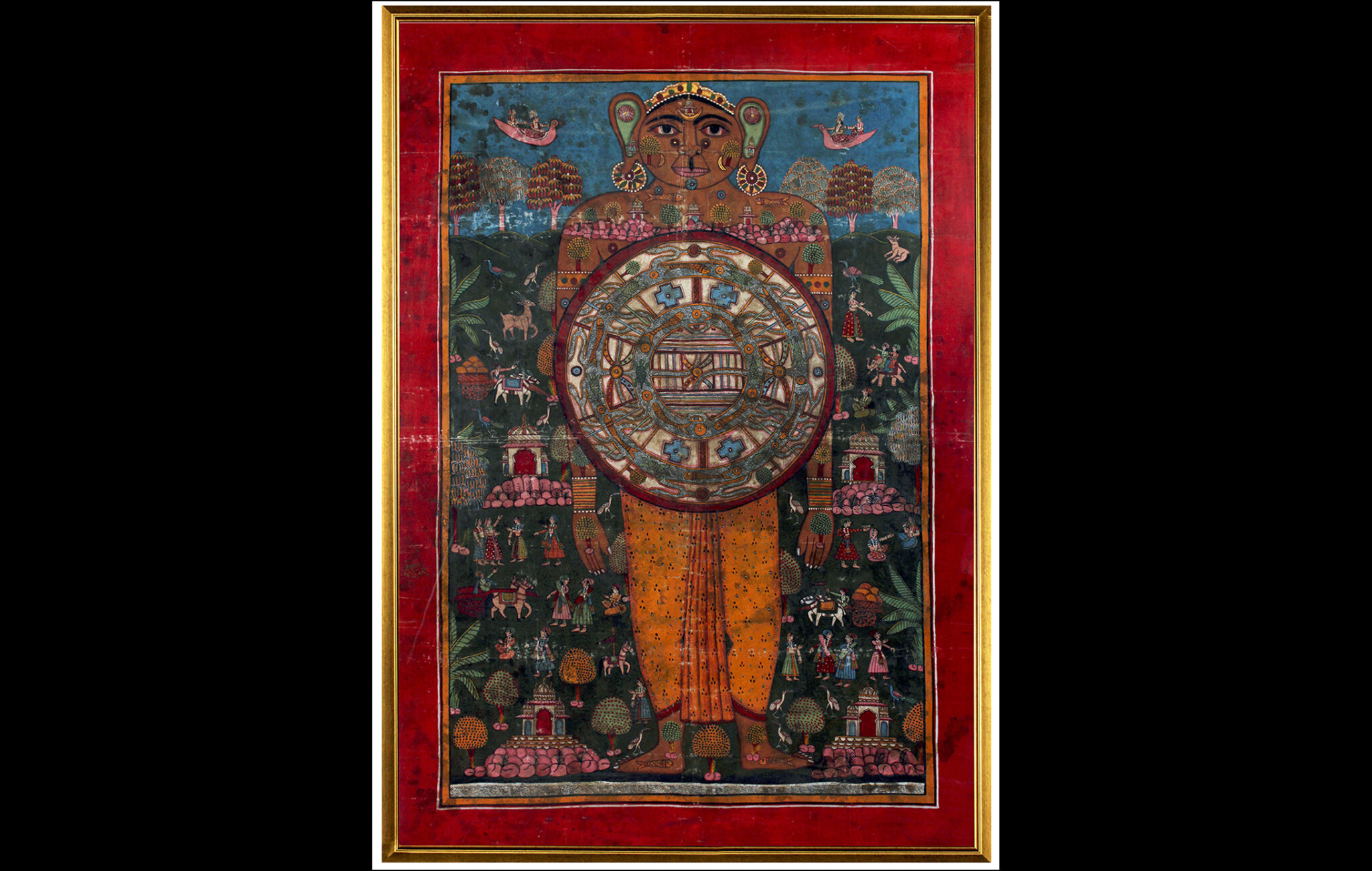 The Lokapurusha is the man who symbolises the universe in Jain cosmology. He appears in Jain cosmograms, like the one above, and the worlds of the gods, humans and the damned are mapped on his body. Urdhva Loka, the world of gods, is situated on his upper torso and dotted with images of shrines. Manushya Loka or the world of men is in the middle where each concentric circle holds a different element of earthly life, from rivers to mountains to animals. Adha Loka is the world of those burning in purgatory and it’s usually depicted by gruesome images near the feet of the Lokapurusha.

“The human bodily form was hailed as the epitome of manifested perfection,” observed art historian Vidya Dehejia and this might explain why the figure of a man is used to represent all known and unknown worlds. And while the Jain cosmogram is an object of religious art, it nevertheless give us a bird’s eye view of an entire belief system.