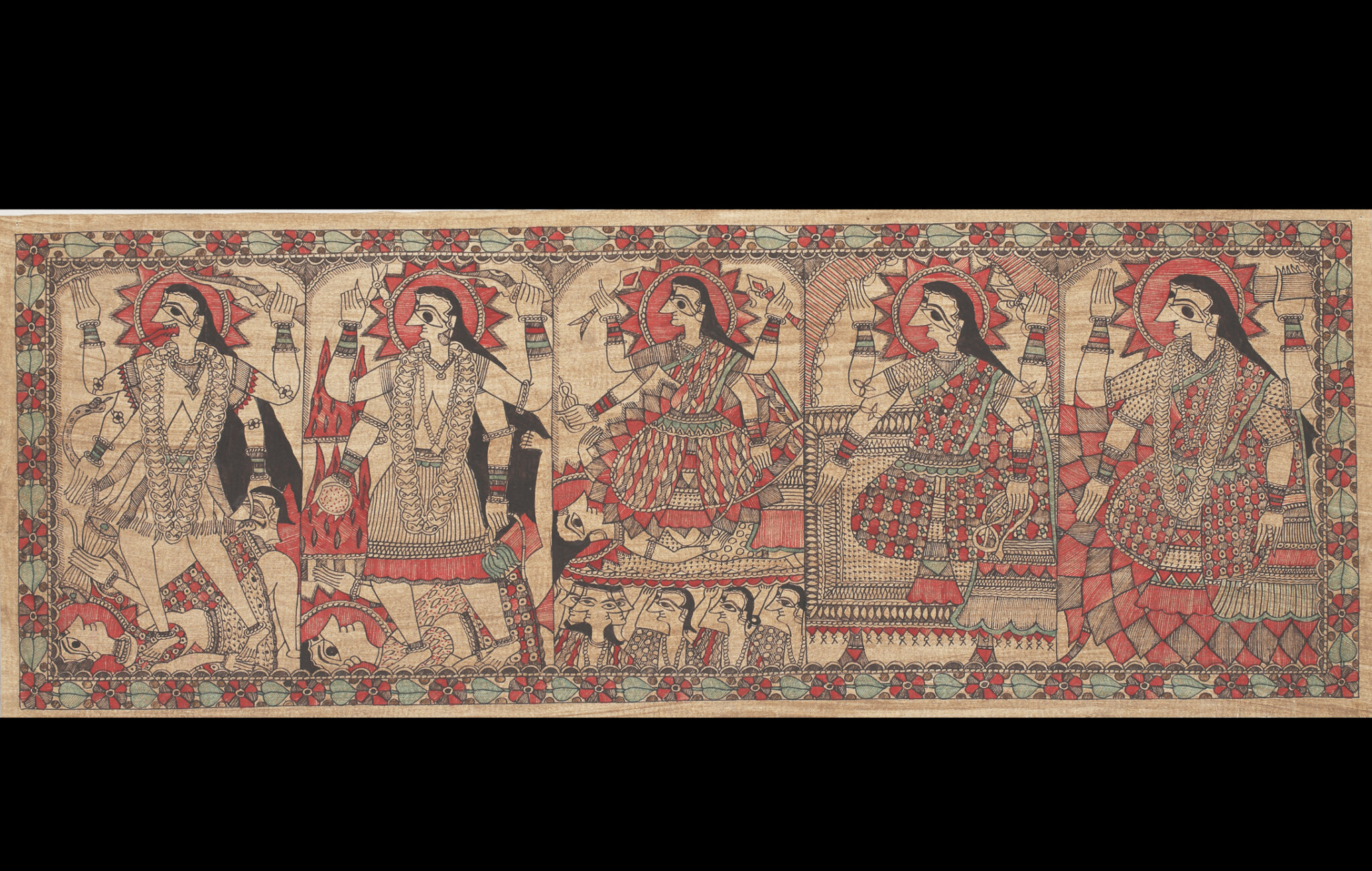 This painting created by Krishnanand Jha showcases the Goddess Kali. The canvas is divided into five panels, each of which depicts the Goddess at various stages. In the rightmost panel, the four armed goddess is seated on a lotus. In the three panels after that we see her seated on a throne, then atop a corpse being carried by a procession of men, and later in a trance standing on top of the corpse. In the final one, we see her recognize the man as Shiva, and then strike out her tongue. The painting shows the Hindu myth where an infuriated Kali destroys all men and Shiva, in an attempt to calm her, lies down beneath her. Her transformation is shown quite remarkably in the painting, with particular attention being given to the morphing of her facial expressions, her changing weapons, and attire. The colour scheme used is red and light green-blue accompanied with strong black patterns and lines. The use of white skin colour puts the Goddess in the centre, making it easier to recognize her morphing traits, amongst all other action.