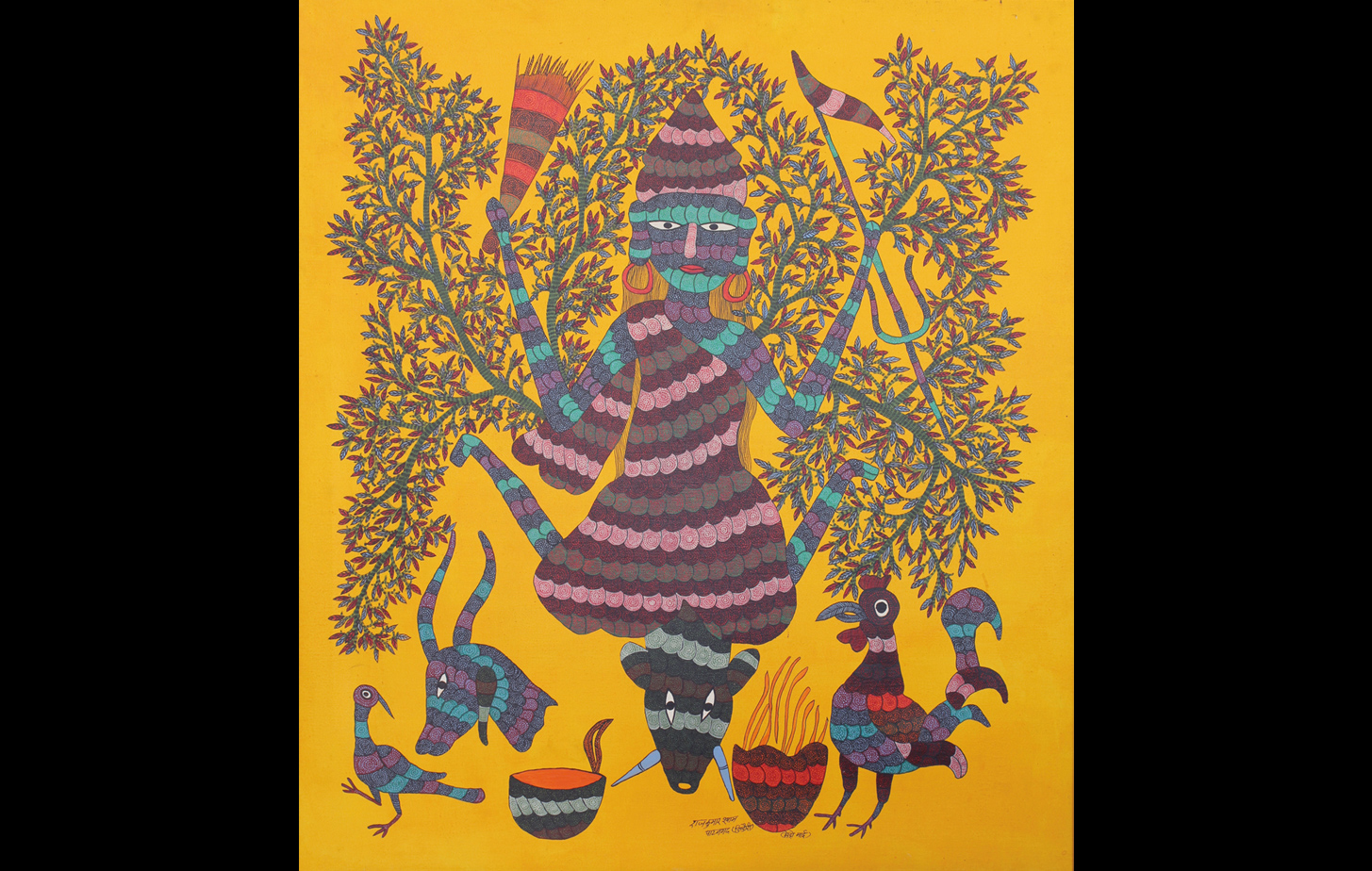 This is a Gond painting created in the tribal regions of Madhya Pradesh. A ritualistic mural tradition of the Gondi tribe, Gond paintings are done on paper with synthetic colours now. This image created by Rajkumar Shyam depicts a tribal goddess called “Maindo Mai”. She holds a broom and a trident in her two arms, while sitting atop the head of a buffalo. Many of such local goddesses have iconographic similarities with deities from the mainstream Hindu pantheon and ‘Maindo Mai’ could possibly have derived some aspects of her characters from goddess Durga Mahishmardini.