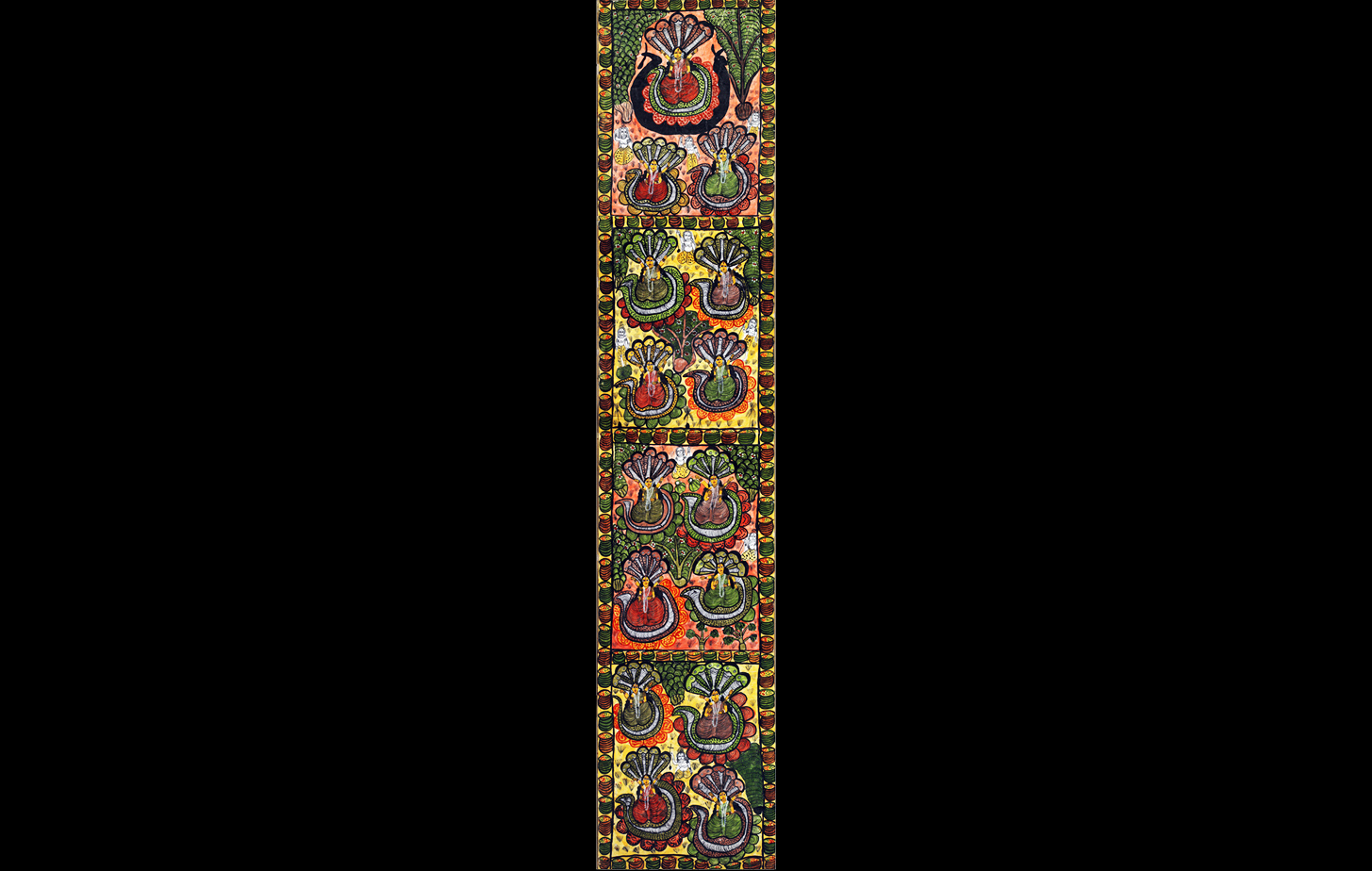 The Bengal Pattachitra is a visual and oral art tradition practised by the Patuas or Chitrakars of West Bengal. They earn their livelihood by telling stories from Hindu Mythology, local folklores, Sufi tradition and contemporary themes through paintings and songs. The unfolding or playing of the Pata is called ‘Pat Khelano’, and the song through which the divinely painted narratives are sung is called ‘Pater Gaan.’ This flows in 3 stages – the kahani (story), the mahatmya (glory), and bhavita (introduction).

This particular scroll depicts the Hindu snake goddess Manasa – an important local deity in Bengal. A Snake-Goddess aka Vishadari, the cult of Manasa is widespread in Bengal and the neighbouring regions, especially in the rural settings. Often worshipped to cure diseases and beget a child, Manasa Devi, a folk deity, is one of the popular themes portrayed on a Pata.

Portrayed having a third eye, bearing multiple hands, majestically sitting on a snake throne and wearing gorgeous jewellery, her stories are usually picked from the medieval text – Manasa Mangal Kavya. This scroll shows the image of Manasa, repeating across the scroll, and in the background, a tiny figure of Shiva accompanying her. In mythology, Shiva is associated with Manasa either as her husband or her father.

To read more on The Bengal Pattachitra, click here.