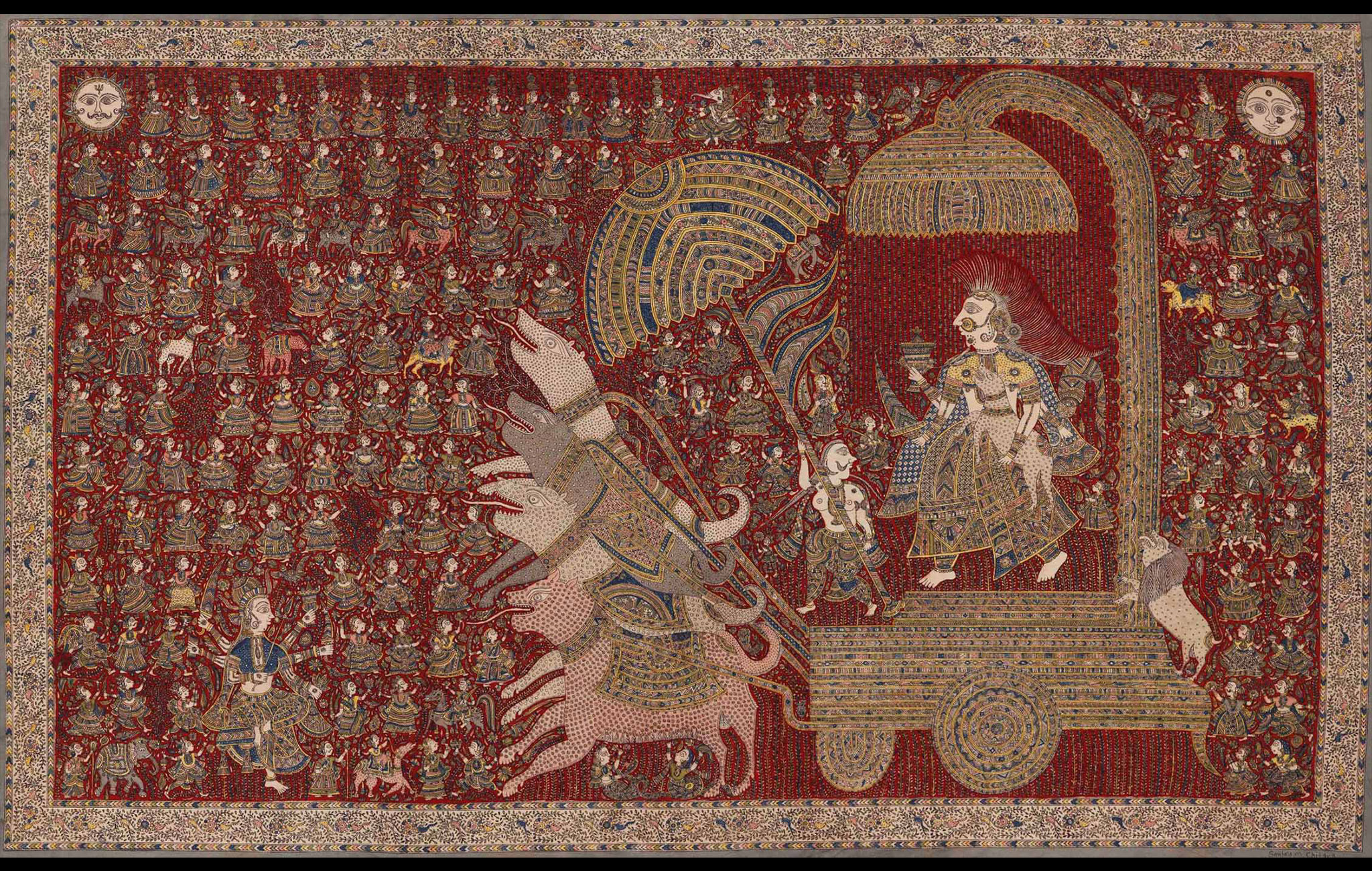 This Mata-ni-Pachedi celebrates and venerates the Hadkai Mata, depicted standing on a large chariot shrine pulled by four dogs.

Goddess Hadkai, also known as Hadkamai, Hadaksha, Hadkabai and Hulan, is the Goddess who protects against rabies. Rabies is a real and present danger due to the large population of dogs that live in and around towns and villages in Gujarat. According to art historian Eberhard Fischer, anyone with rabies is taken to Hadkai Mata’s shrine where they vow to give up rice, sugar and coconuts, besides bathing and cold foods, for one-and-a-half months. Some smaller hospitals near Ahmedabad feature shrines to the Goddess with a particular mandate. Historically, Goddess Hadkai was not commonly depicted, but she started to become a prominent figure in the latter part of the 20th century.

Mata-ni-Pachedi is a textile painting that is hand-block-printed and hand-painted by the Vaghri community. It’s a folk art form that is popularly called the Kalamkari tradition of Gujarat. The Vaghris are Devi-pujaks or devotees of the divine feminine, and they create intricate paintings on textiles that serve as easily portable shrines to a dazzling variety of goddesses. ‘Mata ni Pachedi,’ literally translated as ‘backdrop of the mother goddess,’ has a more varied, etymological background than might be suspected.

Sanjay Manubhai Chitara, the artist,  is based in Ahmedabad and has been part of the preservation of the Mata-ni-Pachedi painting tradition for over a decade. In 2000, he received President Abdul Kalam’s National Award. Sanjay started painting as an assistant to his father, Manubhai, a National Award winner, at the age of 12.