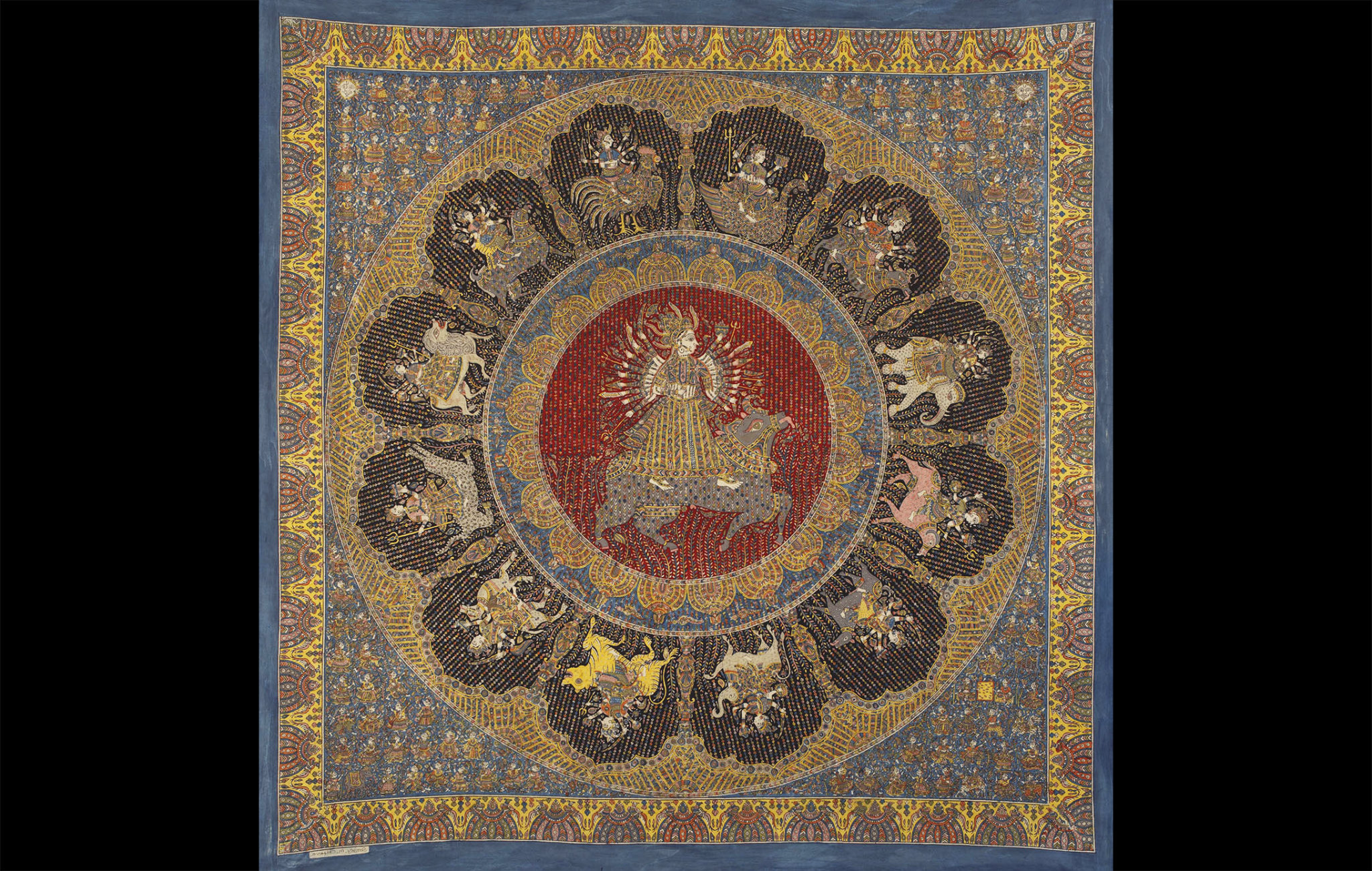 Vishat Mata’s name is derived from the Gujarati ‘vis-hath’ or twenty hands. Interestingly, even though she’s named for that very quality, this goddess is rarely represented in paintings with twenty arms; some six-armed goddesses have also been identified as Vishat Mata. Her mount is a black buffalo. The Goddess usually carries swords, a dagger, a bowl of blood and a trident. Vishat Mata is tied with the origin legend of the Vaghris, who consider themselves an offspring of Bhagwan or Lord Vishnu and the goddess. To show her fierceness, besides flowers she wears a snake in her hair.