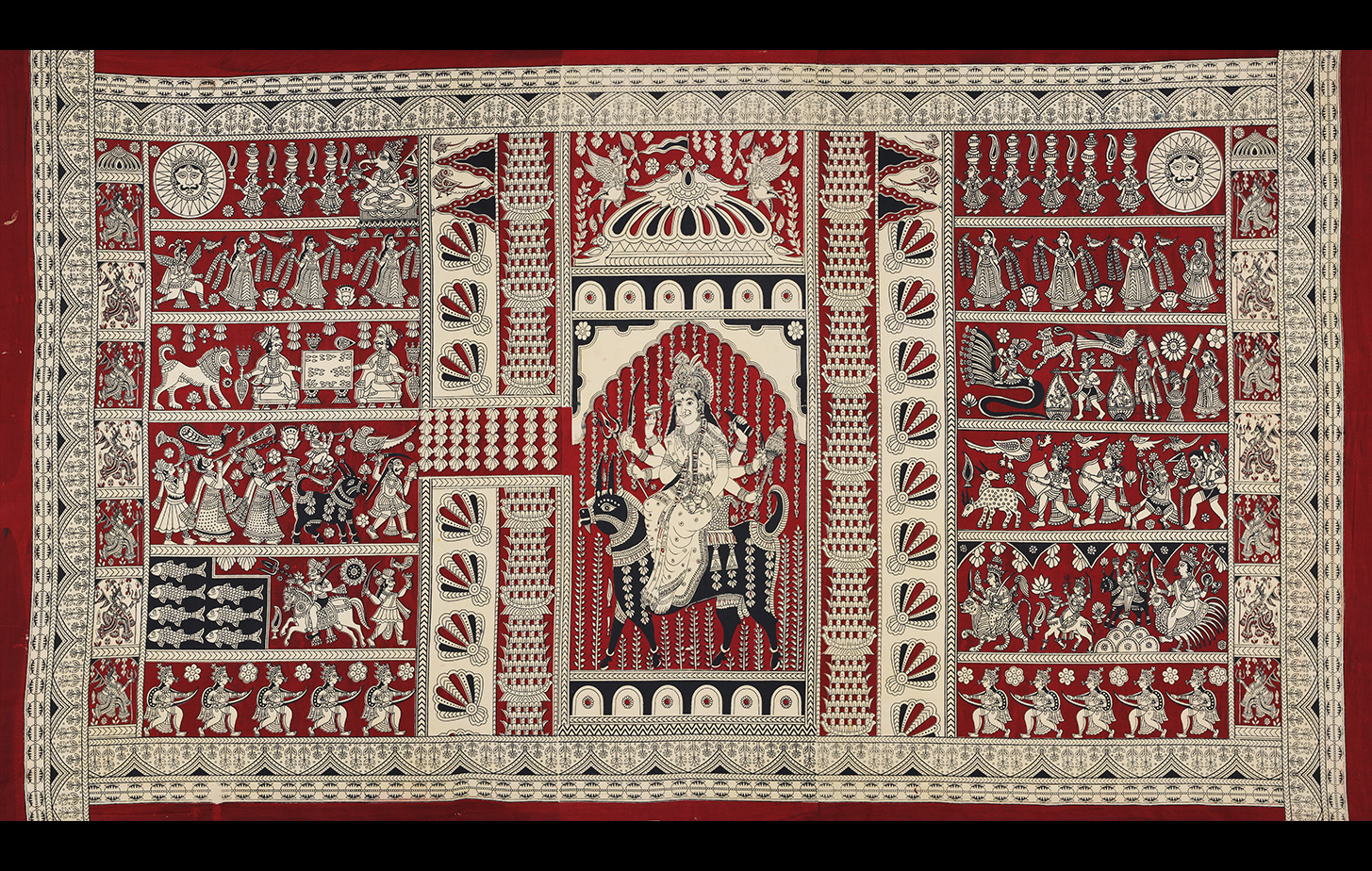 A folk goddess worshiped by the Vaghri community of Gujarat, Meladi Mata is identified by her mount, the black goat. In this Mata-ni-Pachedi painting, she is shown in the centre, a goddess with eight arms sitting astride a goat. She is framed by a shrine-like structure and smaller panels depicting deities and stories cover up the rest of the space. Around her are other deities such as Ganesha and mother-goddesses such as Bahuchari Mata (on a rooster) and Momai Mata (camel). There are also depictions of episodes from the Hindu epics, like the Ramayana and Mahabharata.