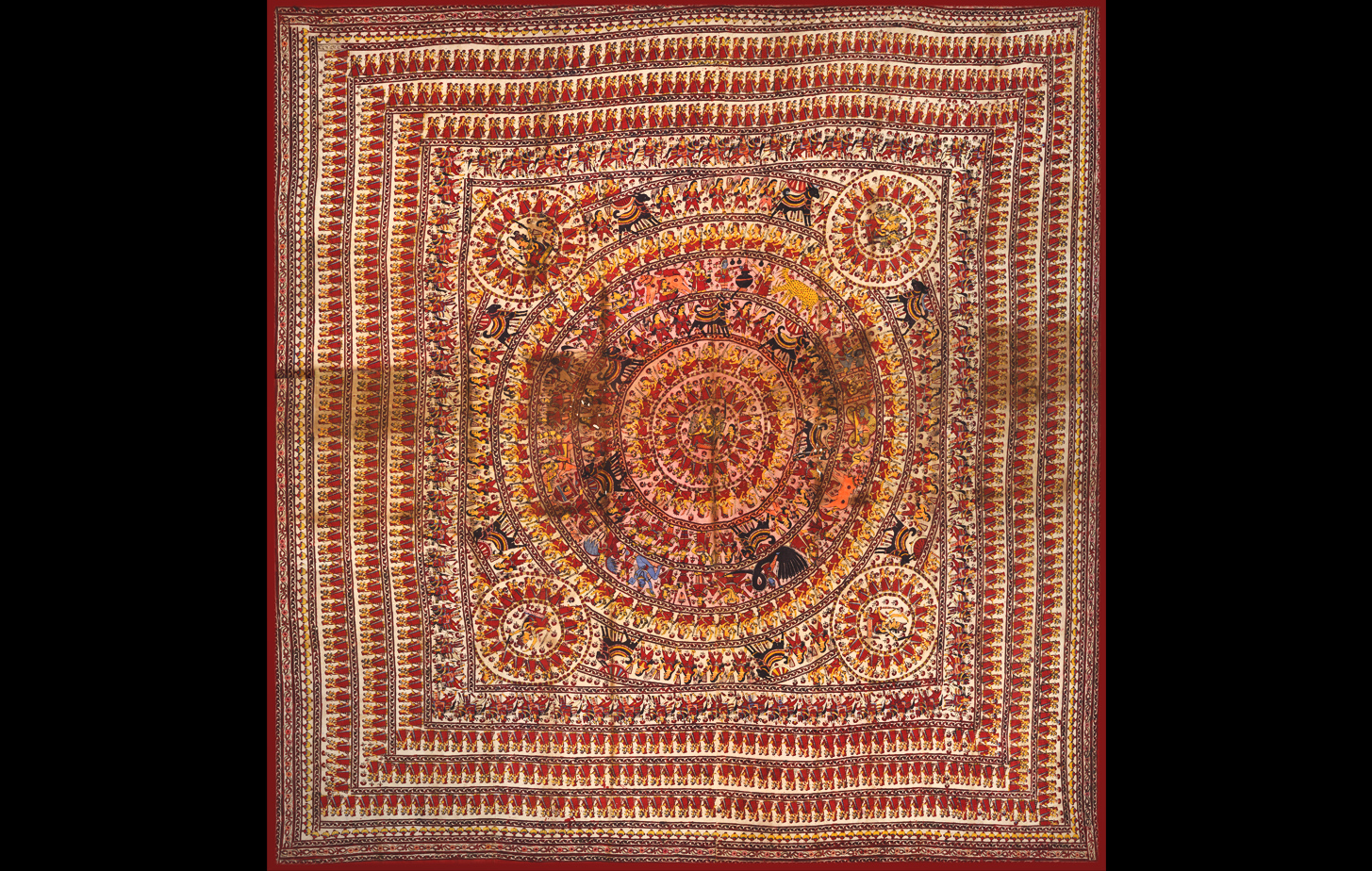 The tradition of Mata ni Pachedis (Gujarati for ‘behind the goddess’) was developed by the nomadic tribe of Vaghris in Gujarat. It is believed that because the tribe was barred from entering village temples, they came up with the ingenious solution of painting the Goddess Durga on a cloth, hanging it at the back of the temple and worshipping this image instead. A Mata ni Pachedi features the various incarnations of the Goddess hand-drawn on a starched piece of cloth. The entire process, from the preparation of the cloth and dyes to the drawing of the figures by the painter (chitaras) to the final worshipping of the image by the local priest (bhuva) is a complete ritualistic performance—one is incomplete without the other. Local singers called jagorias sing praises of the Goddess and narrate stories in front of the painting. This particular image is of a variation in the tradition called Mata No Chandarvo or ‘Canopy of the Godddess’.