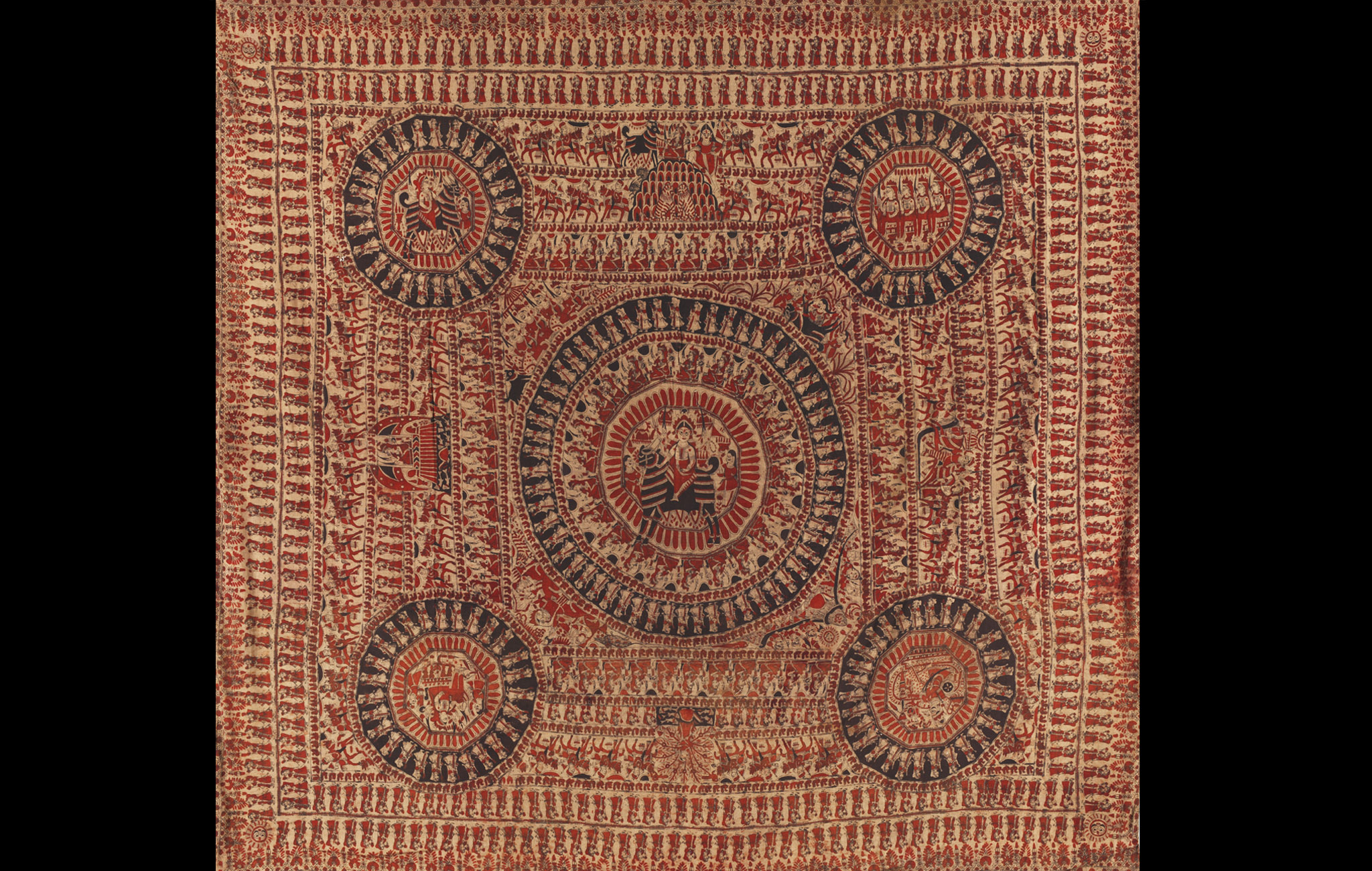 This textile celebrates and reveres the folk goddess Meladi Mata, depicted at the centre seated on a black goat. According to legend, Goddess Parvati created Meladi from the dirt on her body and bestowed her divine shakti or strength and a black male goat as her mount.

Mata-ni-Pachedi or Chandarvo is a textile painting that is hand-block-printed and hand-painted by the Vaghri community. It’s a folk art form that is popularly called the Kalamkari tradition of Gujarat. The Vaghris are Devi-pujaks or devotees of the divine feminine, and they create intricate paintings on textiles that serve as easily portable shrines to a dazzling variety of goddesses. ‘Mata ni Pachedi,’ literally translated as ‘backdrop of the mother goddess,’ has a more varied, etymological background than might be suspected.