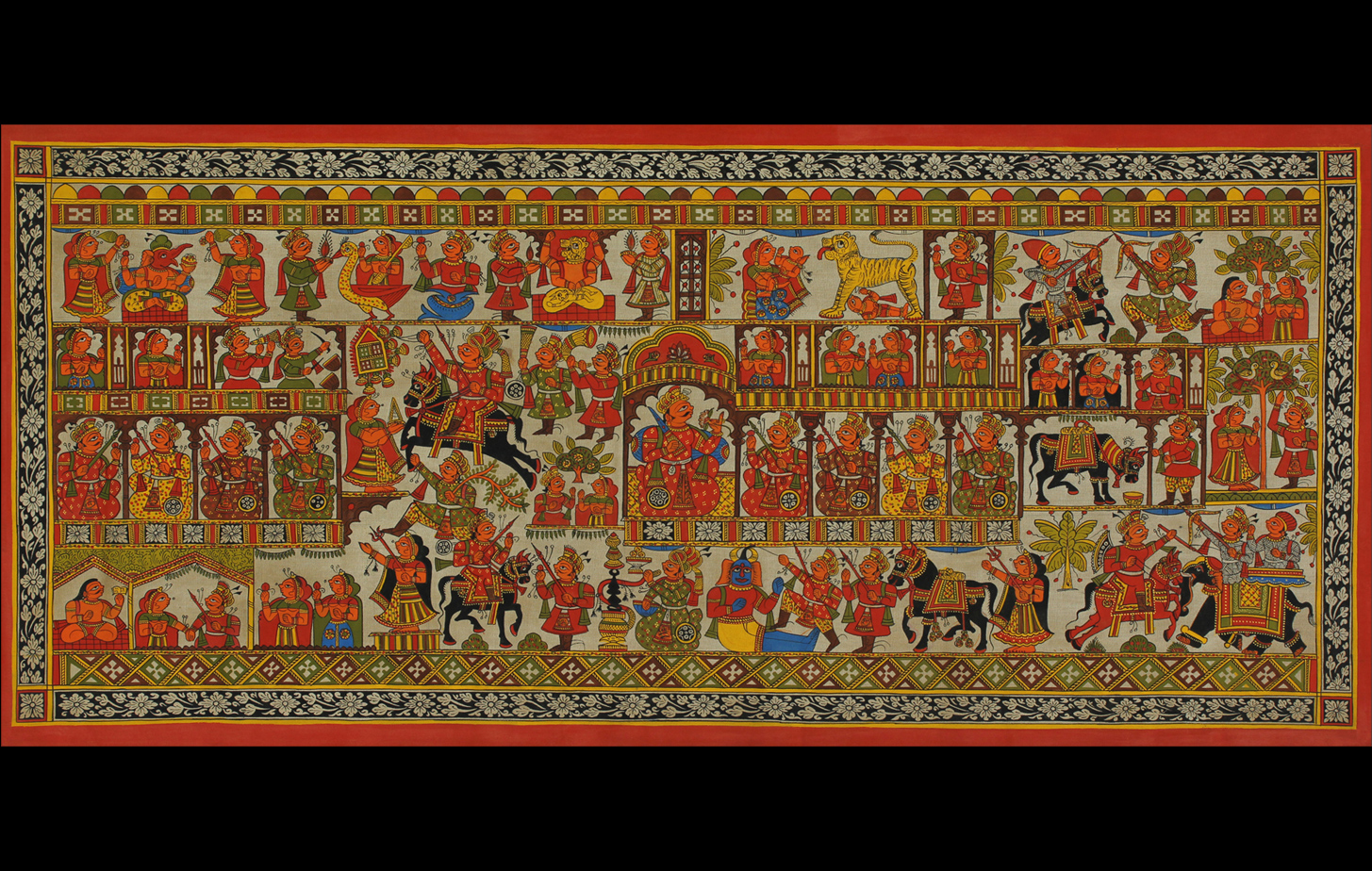 The ‘phad’ is a tradition of narrative scroll paintings, practiced by the bhopa tribes of Rajasthan. They are primarily made of two icons – Devnarayan and Pabuji. These were village heroes in popular history who were later deified over time – much like the creation of icons in mainstream Hinduism as well. This particular one depicts the life story of Pabuji in various episode. The subject matter ranges from religious to secular, and primary colours used are red, ochre and green. The largest figure sitting in profile is Pabuji, and other figures are made smaller to him in scale to emphasise the heirarchy.