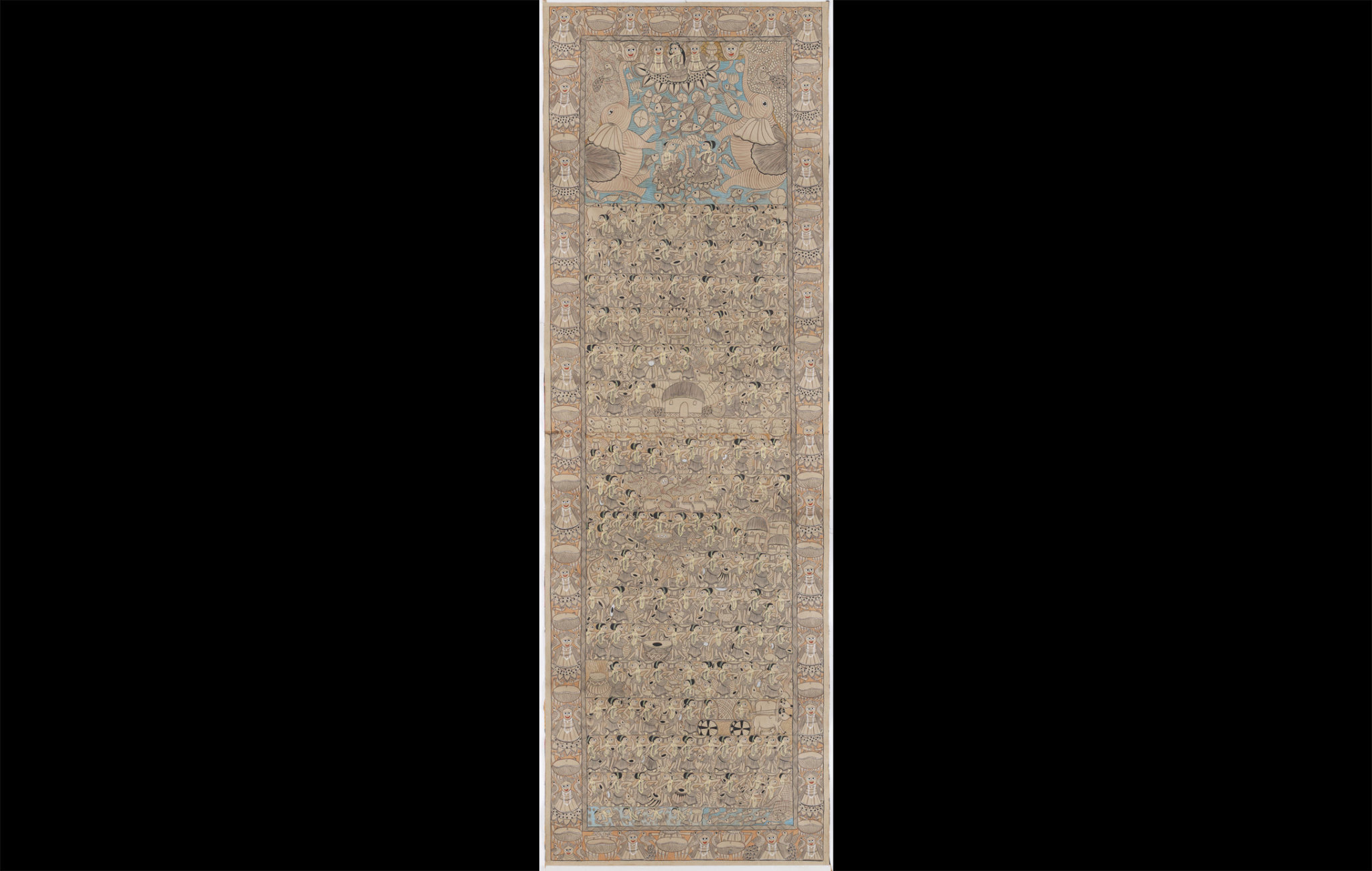 The Bengal Pattachitra is a visual and oral art tradition practised by the Patuas or Chitrakars of West Bengal. Santhali Patas (scrolls) document the day-to-day life of the Santhals, a tribal community from Eastern India. These patas are also known as Chakshudan Pata or Jadu Pata, and the artists who create them are commonly called Jadu Patuas.

This scroll depicts the  ‘Santhal Janam Katha’, birth story of the Santhal tribe. According to the stories narrated by Patua artists, Lord Jagannath, Balram and Subadra are said to have asked about who will invoke them in prayers. They called on all the fishes, turtles and other aquatic animals asking them to bring mud from nearby water bodies and moulded two cows from it, Ahingai and Katingai.

Then, from the saliva of the cows, two blind birds were created – Tinchu Gudi (female) and Tinchu Haran (male) – who gave birth to 7 boys and 7 girls. The boys and girls were left in two separate forests. Nevertheless, while on a hunting expedition they encountered each other and eventually married each other, unaware of the fact that they were all siblings. They built a small village, and started farming, establishing their own domestic life and a family.

The festival of Makar Sankranti, known as Sakrat in the Santhal community is an important celebration. This is an occasion for the Santhals to go about singing songs from house to house and engage in festivities. It is during this time several songs are performed around their Janam Kat, the origin story.

Laltu Chitrakar is a traditional patua artist belonging to the Chitrakar or artist community. He is from Naya village in West Bengal where many Pattachitra artists live. Proficient in creating both traditional and contemporary pattachitras, Laltu has been working on these cloth canvases since he was a child. To read more on The Bengal Pattachitra, click here.