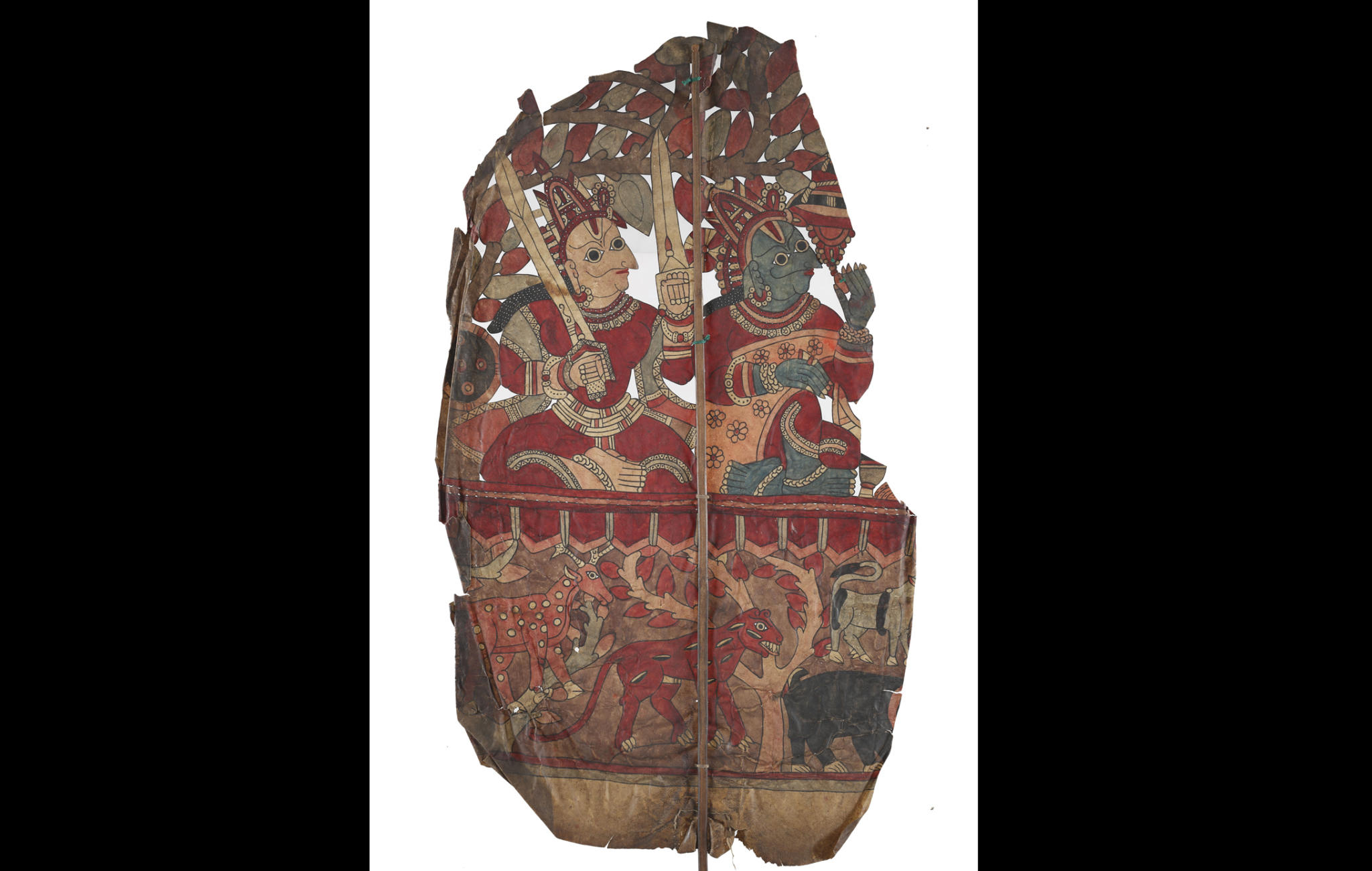 This shadow puppet of Rama and his brother Lakshmana is a Togalu Gombeyatta puppet, a shadow puppet tradition of Karnataka, India. It translates to the dance of leather puppets, with ‘Togalu’ meaning leather, ‘Gombe’ meaning a doll or a puppet and ‘atta’ meaning dance.

Southern Indian shadow play is known to be the oldest in the world, moving from India to Indonesia, China, Japan and subsequently to the rest of the world. Traditionally, shadow puppetry narrated the stories of two popular epics – Ramayana and Mahabharata, the former being more popular among the audiences.

The puppet depicts Rama, in blue, and Lakshmana seated in a carriage, heading for the jungle to serve fourteen years in exile. The carriage in this composite puppet also imitates a forest. The cart’s hood is shaped like a tree, while the base features various creatures such as deer and tiger.

Rama and Lakshmana are dressed in scarlet, with red and white crowns on their heads, and wield heavy weapons. The sharp nose and wide circular eyes exhibited here are typical of the Togalu Gombeyatta figure drawing.

Rama and Lakshamana going to the Jungle