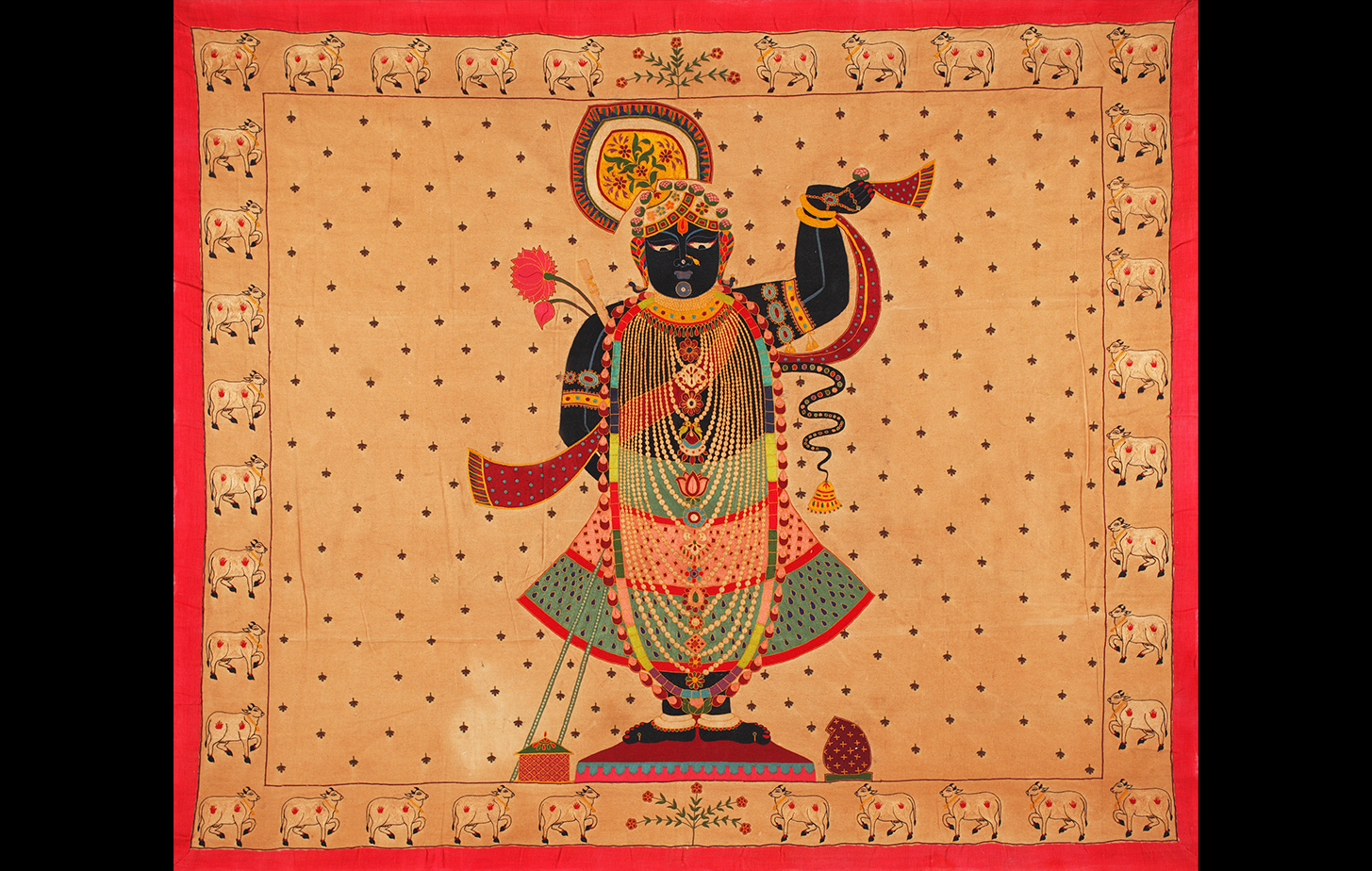 Shrinathji is the presiding deity of the Vaishnava sect called the Pushtimarg, and his worship is centred in the temple at Nathdwara in Rajasthan. He is an incarnation of Krishna as a seven-year-old boy; the iconography seen in this pichwai is the classic characterisation of the deity. Pichwais are textile embroideries or paintings that were initially meant to hang behind the shrine of Lord Krishna in the sanctum sanctorum, though they have since been recognised as works of art in themselves. In this embroidered work, the image of Shrinathji stands with one arm raised. He is wearing a large peacock feather in his hair and is heavily bejewelled. On the right, he holds his flute and two lotus flowers, while offerings are placed at the base of the pichwai near his feet.

Attributed to the workshop of Gulshan