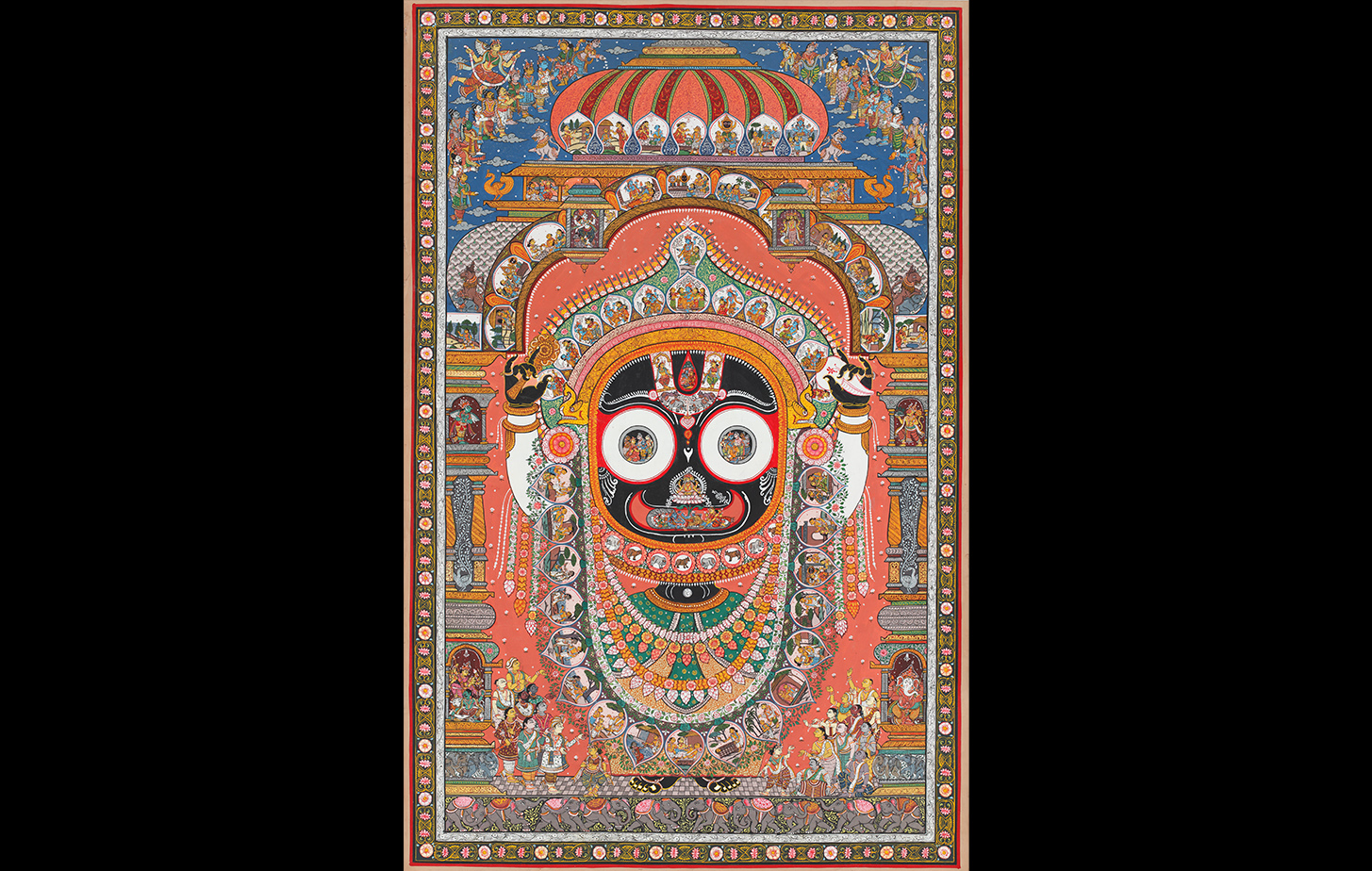 A jatri poti or jatra patta is essentially a pilgrimage scroll that a devotee brings back with him as a souvenir that also acts as a mobile shrine for anyone unable to visit the original site. This particular patta is of Lord Jagannatha, an incarnation of Vishnu, with his worship centered in the Jagannatha temple of Puri, Orissa. It depicts a large icon of the deity with two hands holding a conch and a wheel (chakra), both symbols associated exclusively with Vishnu. The figures of other deities are placed on various parts of the icon’s body, while the depiction of smaller episodes from myths and folklore populate the garland he wears and the shrine-like structure that shelters him. Above the shrine, celestial beings and sages worship the image, and below, in the mortal world, devotees sing and dance in his praise.