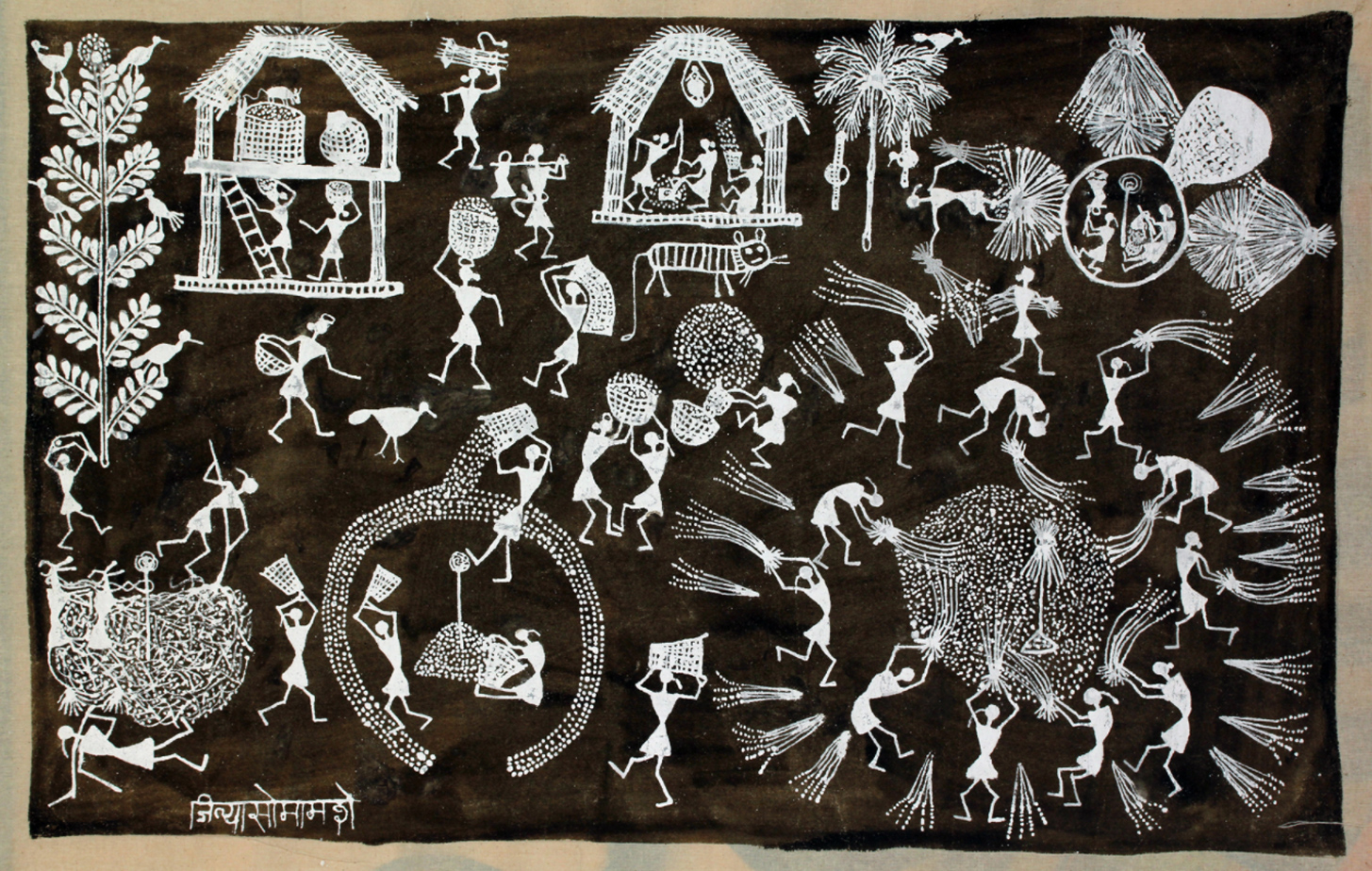 Warli painting, traditionally mural art, is practised by members of the Warli community residing in Maharashtra and parts of Gujarat. Warli art often depicts scenes and aspects from occupations such as agriculture, fishing, hunting, and significant occasions such as festivals, weddings, and births to commemorate the community’s culture and beliefs.

Jivya Soma Mashe (1934-2018) was a prominent Warli painter credited with bringing the art form out of mud huts, transferring it to canvas, and popularising it around the world. He employed geometric patterns inspired by nature, such as the triangle (influenced by mountains) and the circle (inspired by the sun and moon).

This artwork depicts the process of threshing grain; circular forms can be seen in the corners where people are threshing the grain, while the hay is heaped in the mountains, sieved and ground inside a closed hut, and stored in double-storied granaries in other areas.