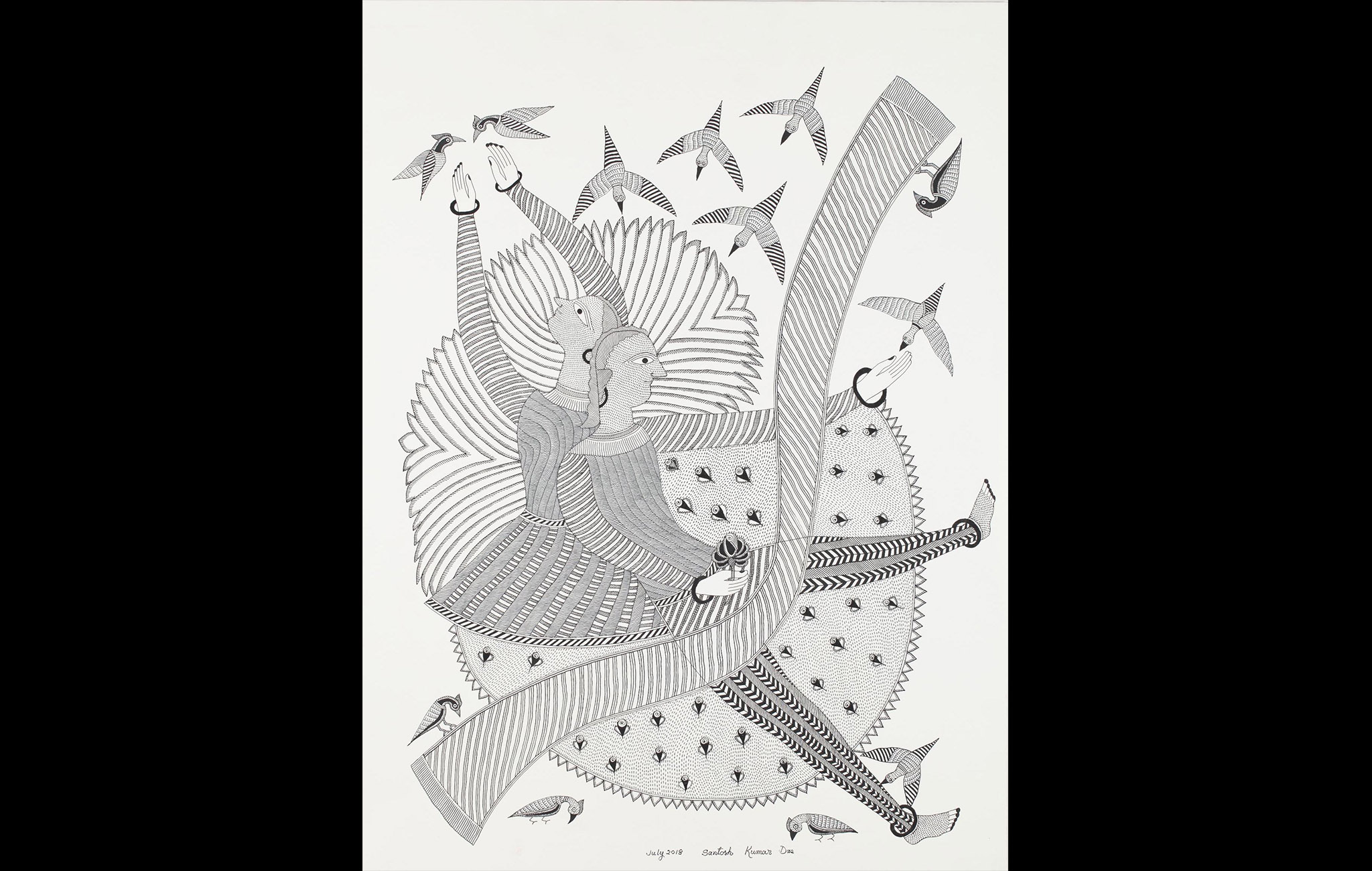 Mithila art traditionally uses motifs from nature like birds and elephants, or depicts themes of love both eternal and mortal, or scenes from Hindu mythology. But, Santosh Kumar Das makes use of these motifs to say something new. Coming from Ranti, he was trained in the Kachni style of Madhubani art, which focuses on the use of lines as opposed to the Bharni style practiced in villages like Jitwarpur, which focuses on use of the colour.

Das has also been influenced by Padma Shri awardee and artist Ganga Devi who was also known for her impressive line-work. However, colour is as important to Das, who uses a lot of shades of black in his work. He says, “I saw everything in black lines for ten years. Black holds a certain magic for me. It’s a colour that is firm like a mountain. Black brings you closer to the core, to the essence of your expression.” And in contrast, SK Das also uses the blankness of his canvas as a third colour, going against the Mithila instinct of horror vacui – of filling up every inch of the canvas.

Romance is one of traditional themes that SK Das has recast in his work. He has depicted it in the form of embracing dancing couples. His influences include classical music and sculpture, from which he wanted to recreate their openness. The equivalent of openness In his artwork is white space. Today, Das is considered to be one of the most prominent figures in contemporary Mithila art. Unlike most other artists, he received an education in both Indian and Western painting traditions. He spent five years studying Fine Arts in MSU of Baroda, where he was introduced to the works of international artists such as Paul Klee, Joan Miro and Pablo Pcasso. He returned to his home in Bihar after completing his education, and continued as a teacher and later director of the Mithila Art Institute at Bihar. Amongst his most notable works is his Gujarat series which represented the riots of 2002 and were a part of an international traveling exhibition called the ‘Edge of Desire’ in 2005.