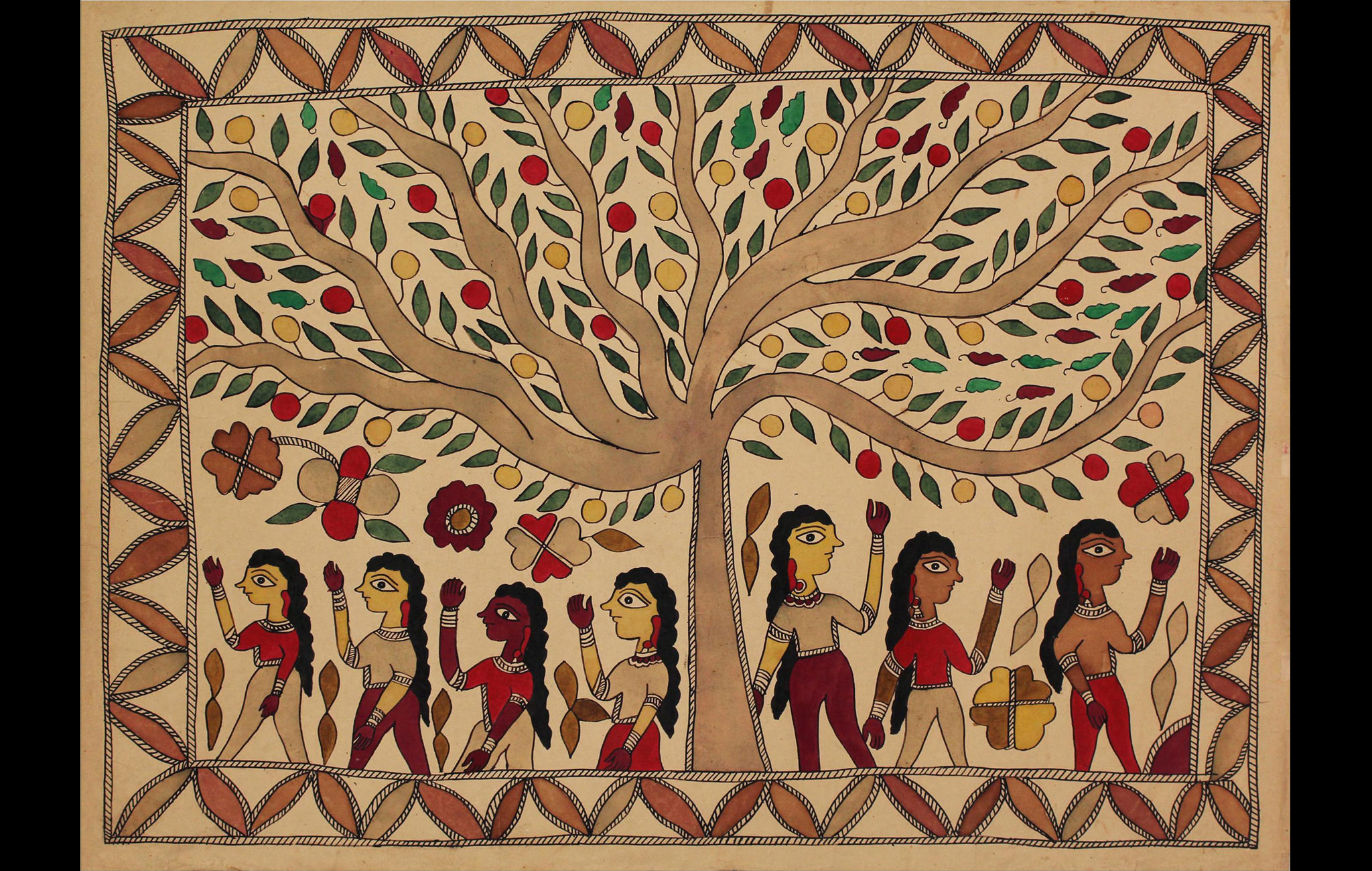 Mithila art traditionally uses motifs from nature like birds and elephants, or depicts themes of love both eternal and mortal, or scenes from Hindu mythology.

In the centre of the composition, the painting shows a bountiful tree, under which are seven women. In between and above the heads of the women, floral motifs – similar to the ones drawn in Aripana (Floor) paintings – are seen. The entire composition is bordered with a leaf petal pattern motif. The colour pallete of the rendition is somber; light matt colours of green, yellow, red, maroon are used. The brownish background adds to the sombre feeling of the drawing. Madhubani or Mithila painting was born as a ritual artform painted among wedding ceremonies.

The painting style is typical of ‘Bharni’ technique where colours are filled inside outlined figures and motifs. Often the outlines are made using two parallel lines indicative of the union between shiv and shakti, seen here in the bark of the tree and on the clothing.