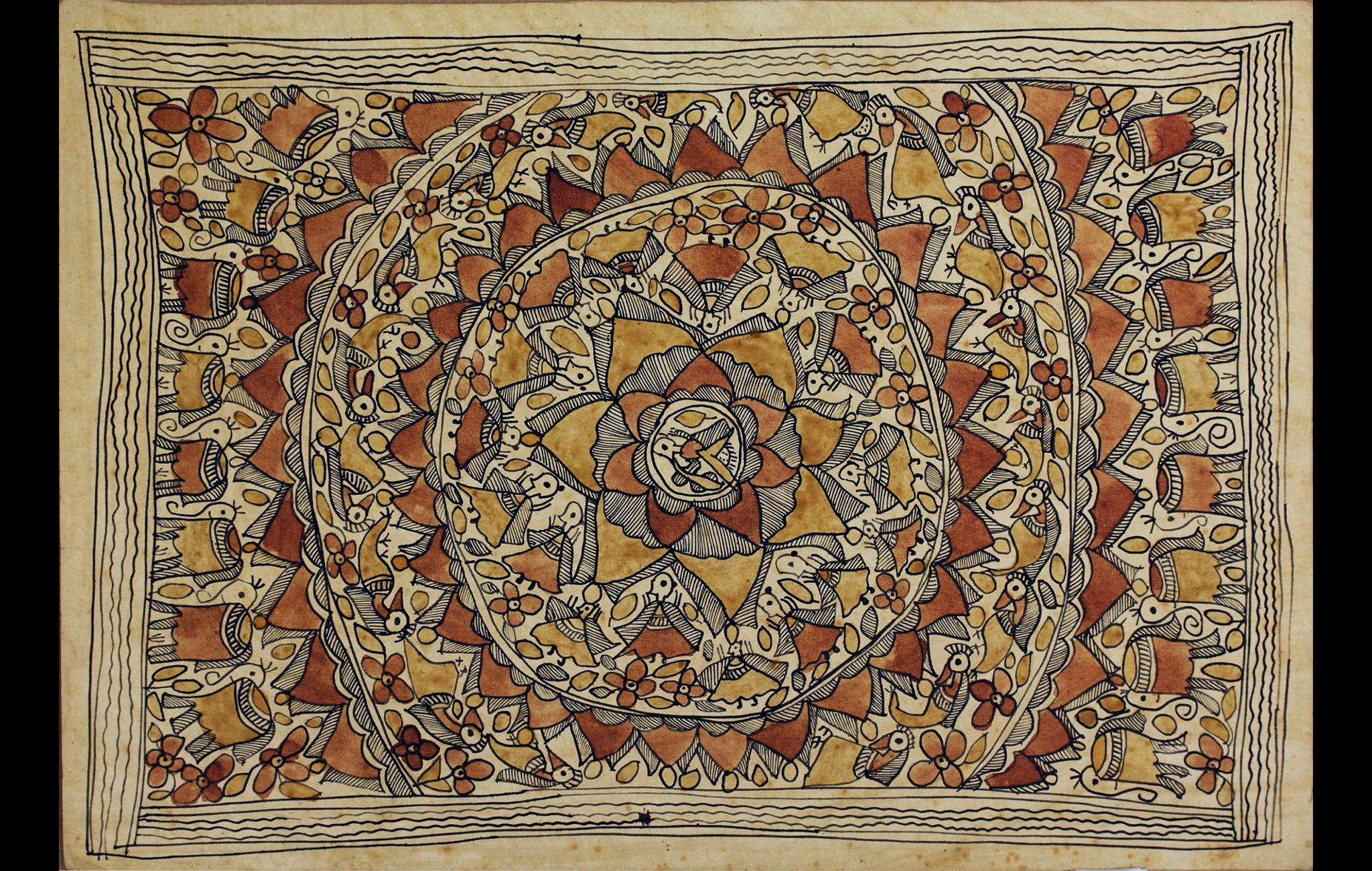 Godna paintings, like this one, look similar to Ariipana (floor) paintings but are different in motifs used, which is stylistically typical to the Dalit and the Dusadh community. Much like the upper caste tradition of Kachni and Bharni Mithila paintings, the Dalit and Dusadhs castes have, for decades, been decorating the walls of their homes for rituals. However, because of their lower caste status they were not allowed to showcase the divine in their artform. Thus, they found inspiration in geometric forms and flora-fauna surrounding the village. Among the many decorative styles from these castes was the Godna style, inspired from the Godna (tattoo) art practiced by the Nattin (Gypsy) women. Their visual language includes parallel lines and concentric circles containing floral motifs and the human form. More recently, local heroes are drawn in this style of painting, Raja Salhesh’s oral narratives and paintings, for example, are used as a symbol of resistance against upper-caste politics. He was a military man, who is now revered as a king, remembered for standing up against the discrimination of Dusadhs. Since 1972, even the Brahmin and Kayastha castes have appropriated the style.

This composition painted by an unknown artist perhaps depicts Raja Salhesh in the centre of concentric circles, the outer rings of which are detailed with motifs of women, animals and floral. The women may represent the wives of Raja Salhesh, the parrots were informants of the king, and the elephants were his vehicle. The colour scheme of the painting is sombre colours of yellow and orange, the borders of the paintings are drawn in simple lines.