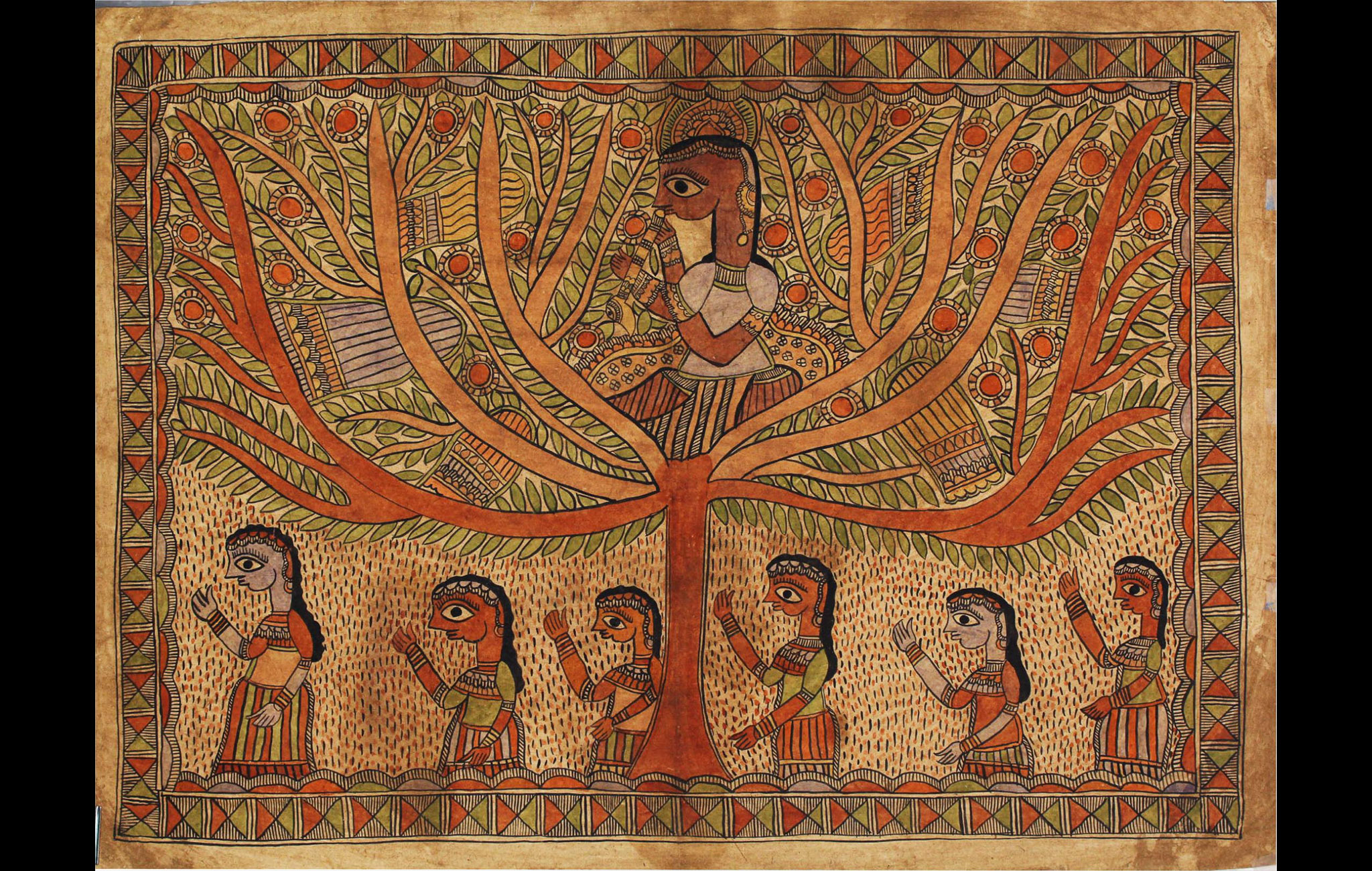 Mithila art traditionally uses motifs from nature like birds and elephants, or depicts themes of love both eternal and mortal, or scenes from Hindu mythology.

This painting showcases an episode from the Bhagavata Purana where Krishna steals clothes of gopis (cow herding women) who were bathing in river yamuna. He is shown here seated atop a tree with several garments hanging on the branches. He plays the flute and teases the cowherds who are standing beneath, requesting for their garments to be returned. According to the scripture, Krishna does this to challenge social conventions and family obligations. As true devotees, the gopis must abandon all attachments to be one with Lord Krishna. Unlike popular renditions of the episode, this painting showcases the women clothed. This may be because the artist intended to be modest.

The painting style is typical of ‘Bharni’ technique where colours are filled inside outlined figures and motifs. Often the outlines are made using two parallel lines indicative of the union between shiv and shakti, seen here primarily on clothing and border patterns. The borders of the paintings use motifs which are reminiscent of Aripana (floor) paintings.