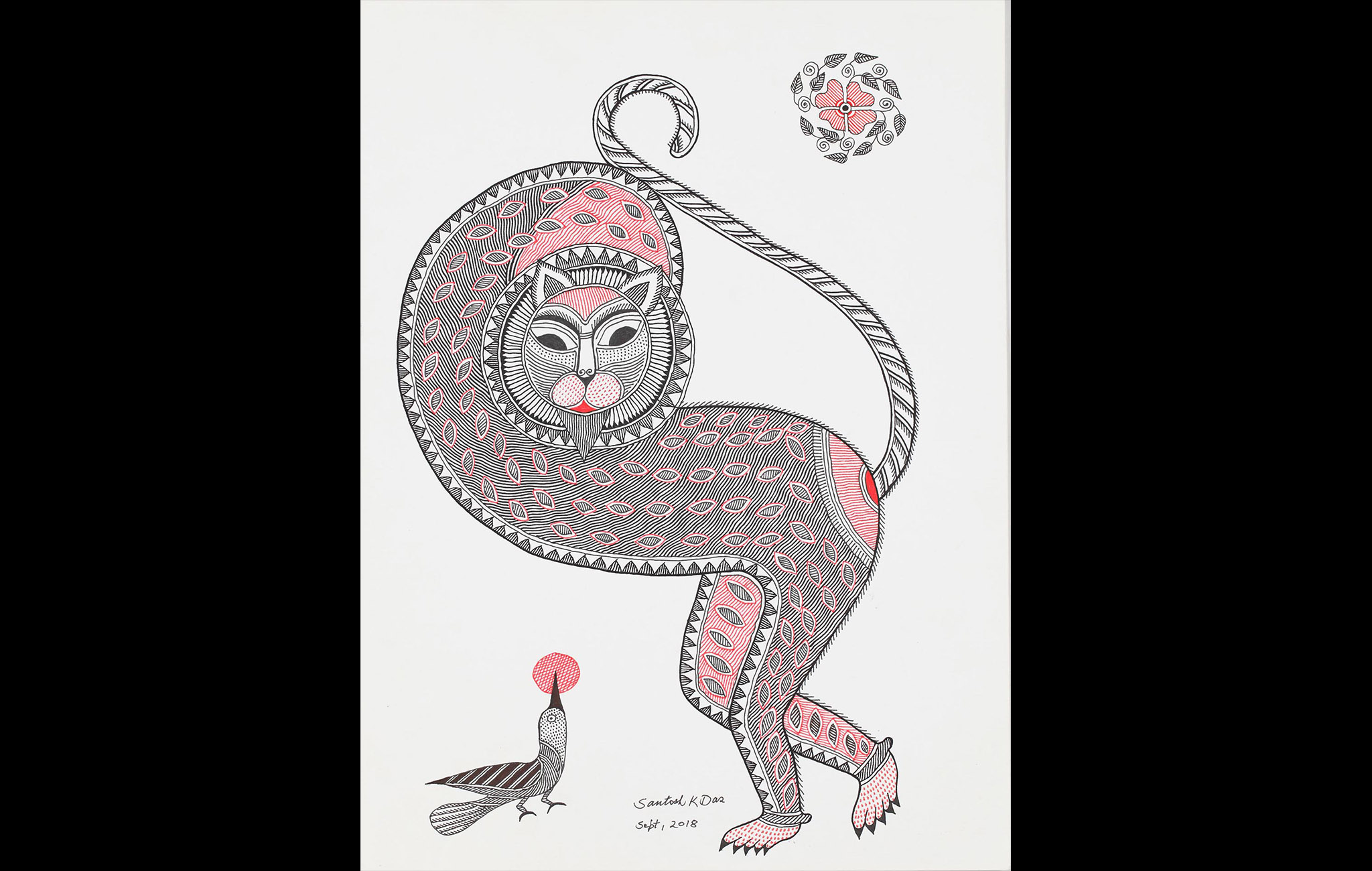 Mithila art often uses motifs from nature to capture the excitement of rural life. This painting depicts three elements – a sole lion, a flower and a bird but the flower is positioned high and the bird low, beside the hind legs of the lion. The artist Santosh Kumar Das is very interested in merging modernity and tradition through his art using clean, precise lines. In the early days of his decades-long career, he realised he wanted to paint like Ganga Devi, whom he considered her a master of intricate line work. Das prefers the Kachani style of Madhubani painting, which is focused on the repetitive use of lines made using fine nib paints usually in red, black or darker colours. The spaces between the lines are left blank to evoke a sense of movement.

Today, Das is considered to be one of the most prominent figures in contemporary Mithila art. Unlike most other artists, he received an education in both Indian and Western painting traditions. He spent five years studying Fine Arts in MSU of Baroda, where he was introduced to the works of international artists such as Paul Klee, Joan Miro and Pablo Pcasso. He returned to his home in Bihar after completing his education, and continued as a teacher and later director of the Mithila Art Institute at Bihar.

Santosh Kumar Das’ work beautifully balances the traditional and the modern. It reflects the imagined and real world in the context of a story. Amongst his most notable works is his Gujarat series which represented the riots of 2002 and were a part of an international traveling exhibition called the ‘Edge of Desire’ in 2005. At 55, Das is still painting in Mumbai.