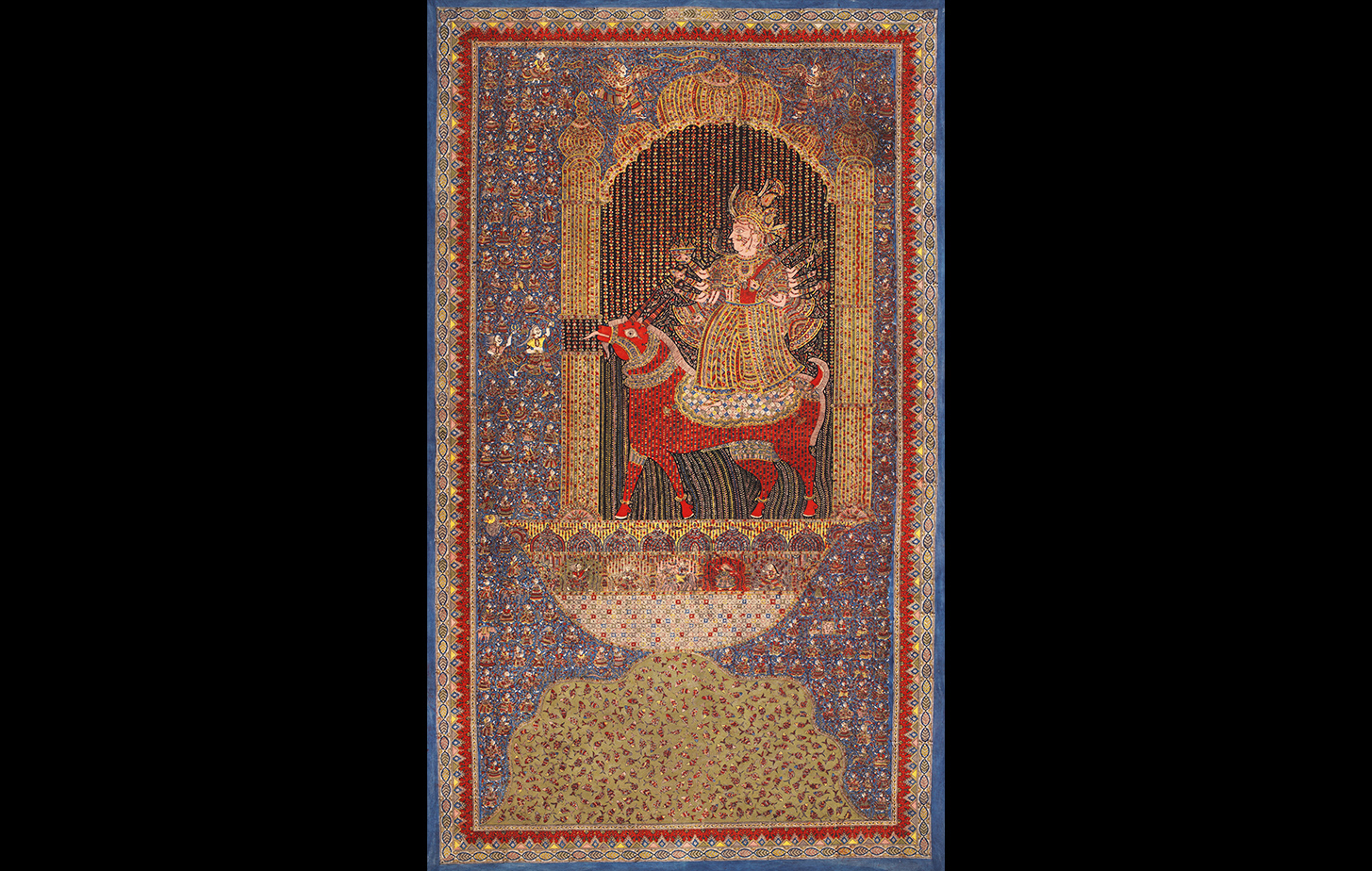 Vahanvati Mata is one of the folk goddesses, worshipped by the Vaghri community of Gujarat. She is iconographically represented as sitting on a goat, which in turn is placed inside a ship. She is primarily a goddess that protects travellers and merchants crossing the seas. In this Pachedi, the goddess is represented with eight hands and standing atop a red goat. The architectural structure around the icon represents the boat, and a green patch filled with fishes depicts the water body on which the boat is afloat. The rest of the space in the Pachedi is covered by smaller deities, devotees and images from the Hindu epics.