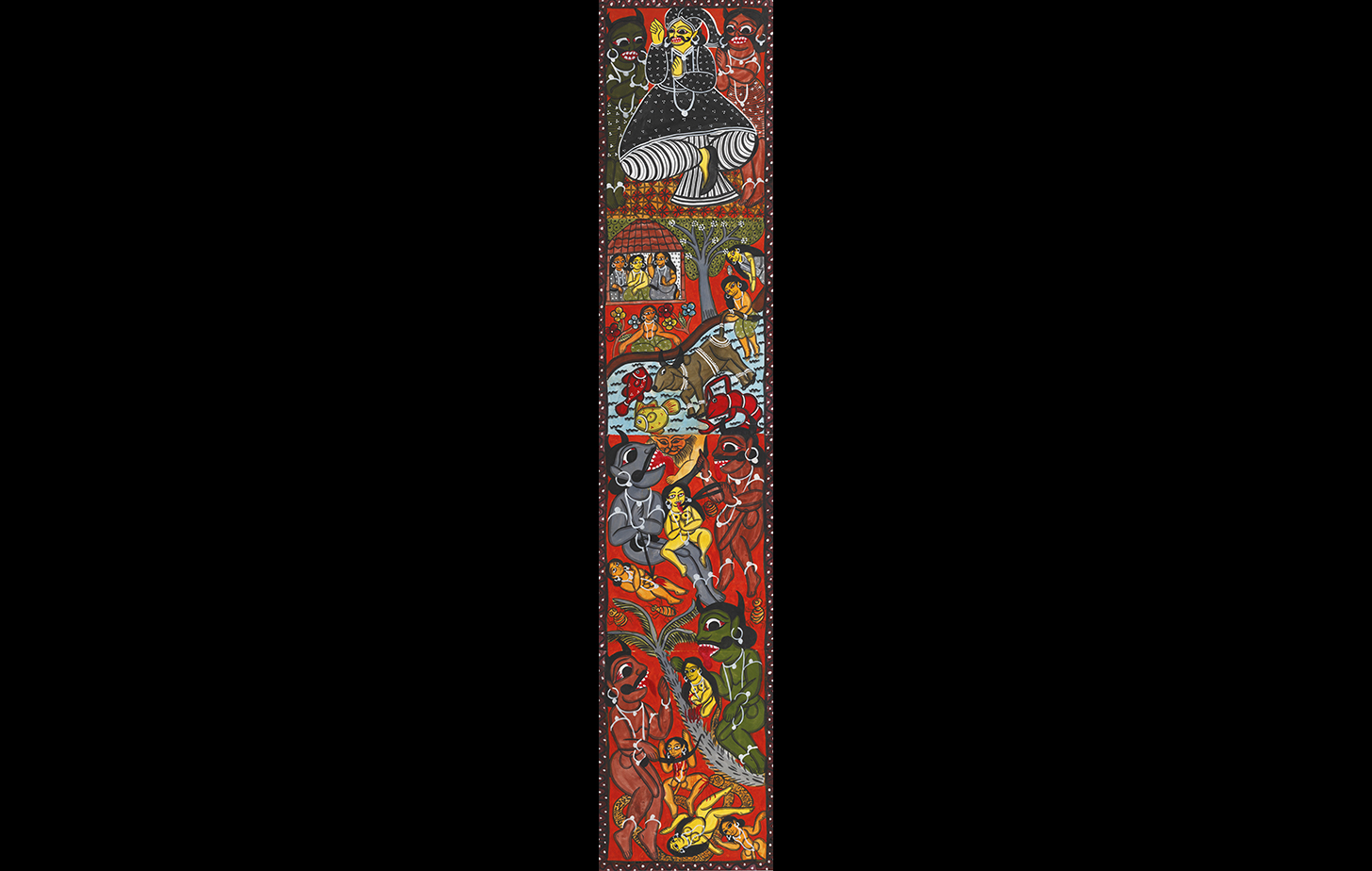 Bengal Pattachitra or Patua is a particularly absorbent, versatile, secular form of uniquely Indian art. The narratives are drawn from Hindu mythology—both mainstream, like the Ramayana, and regional, like the Manasa cult of the east Read more here. Many of the artists are descendants of Partition refugees and Islamic by faith. Uprooted from their lives and livelihoods in erstwhile Pakistan, they hustled to get by in this new, often hostile land (their first home in India was in the swamps of the Sundarbans).

They adapted their artistic practice to the prevailing trends of Calcutta’s Kalighat and adopted Hindu names to become modern-day bards—to date, their religious identity is a fluid one. Chitrakars had to create and ‘perform’ their paintings. Since they did this without the support of musical accompaniment, they learned to write songs, compose tunes and, of course, sing. Soon the role of these artists became critical not just in reinforcing the main tenets and tropes of Hinduism in the rural corners of Medinipur district where they’d settled, but also in spreading other, more socially relevant ideas.

The form adapted wonderfully to start conversations on current affairs, reproductive health and environmental issues, among others. And one character from Hindu mythology has come in very handy to enforce certain lessons: Yama, the god of death. The Yama or Jama Pata deals with the concepts of human virtue and vice. They tend to be very explicit tutorials on what not to do—the one above, for instance, warns against animal abuse and a staggering array of sexual deviances. On pain of death.