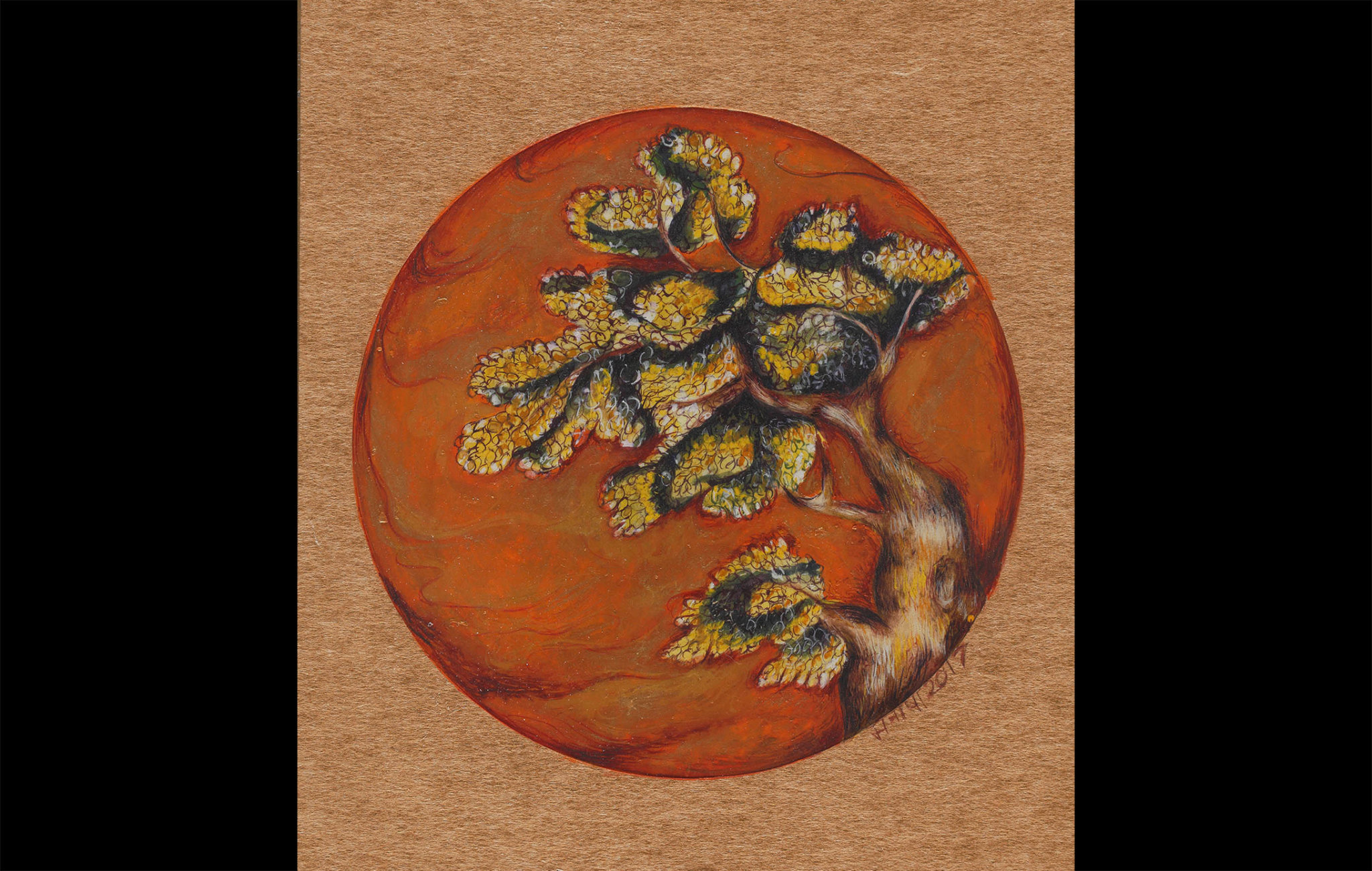 Manisha Gera Baswani reinterprets traditional Indian miniature paintings with a contemporary twist. In this painting from a series titled Luminously Between Eternities, a tree is depicted in the grip of an ‘aandhi’ or storm. The tree is delineated in a rather detailed manner and you can observe a lot of texture in its leaves and bark. The meditative-yet-melancholic quality comes from the textured copper halo that surrounds it, which is contrasted by the hints of blue and yellow in the discoloured leaves of the tree. Gera Baswani has been able to successfully combine elements such as space, colour and decorative forms to create a deeply layered composition. (Learn more about common art terms here.) She relies on personal memories and childhood experiences to create these nostalgic and evocative painting compositions.

Manisha Gera Baswani is a modern Indian artist who reinterprets and reinvents age-old Indian miniature paintings, folk and wall painting traditions into her contemporary compositions—read more about the artist and see other works by her here. She creates a new visual language using these traditional forms of art making as inspiration. Subsequently, she also often draws visual imagery from pop-culture icons such as Elvis Presley, James Bond, etc. Her inspirations therefore cover a wide spectrum. Gera Baswani received her Masters degree in Fine Arts from Delhi’s Jamia Millia Islamia University, where she also met her mentor and guru, A Ramachadaran. She got interested in photography at the same time and soon developed a fine body of work in the medium. Gera Baswani’s photographs were shown twice at the Kochi Biennale. She has exhibited her paintings and photography both abroad and in India, and her art is a part of the collection at the National Gallery of Modern Art.

Watercolour and gouache on shikishi board