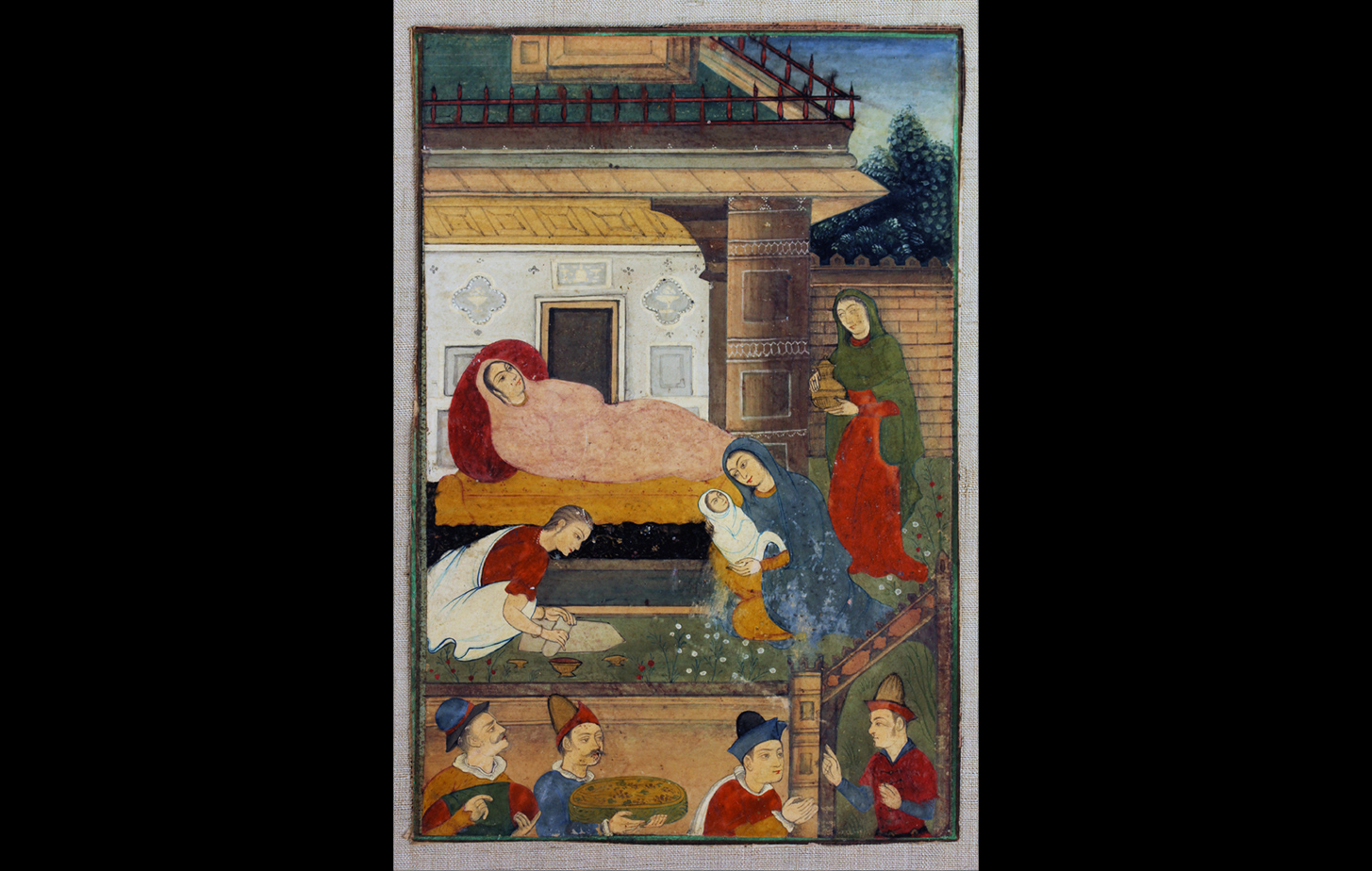 This is a later Mughal miniature showing the ‘Birth of Jesus Christ’. True to alm mughal miniatures of this time produced around European themes, the set=up and backdrop remains completely Indian. Women dressed in native outfits and veils are seen catering to the newborn as Mother Mary lies on a bed coccooned up in a quilt. A figure in the foreground grinds something on a pestle while another probably carries water in a copper vessel – two further references to the locale which is still India. The architecture in the background is that of an Indo-Islamic palace with a terrace, a wall with niches and a roofed-portico where the birth scene takes place. Beyond the palace gates are seen three men bearing gifts, who are stopped by the guard. These three figures are the only hint for one to guess the episode as that of a Biblical scene, as they represent the three magis.