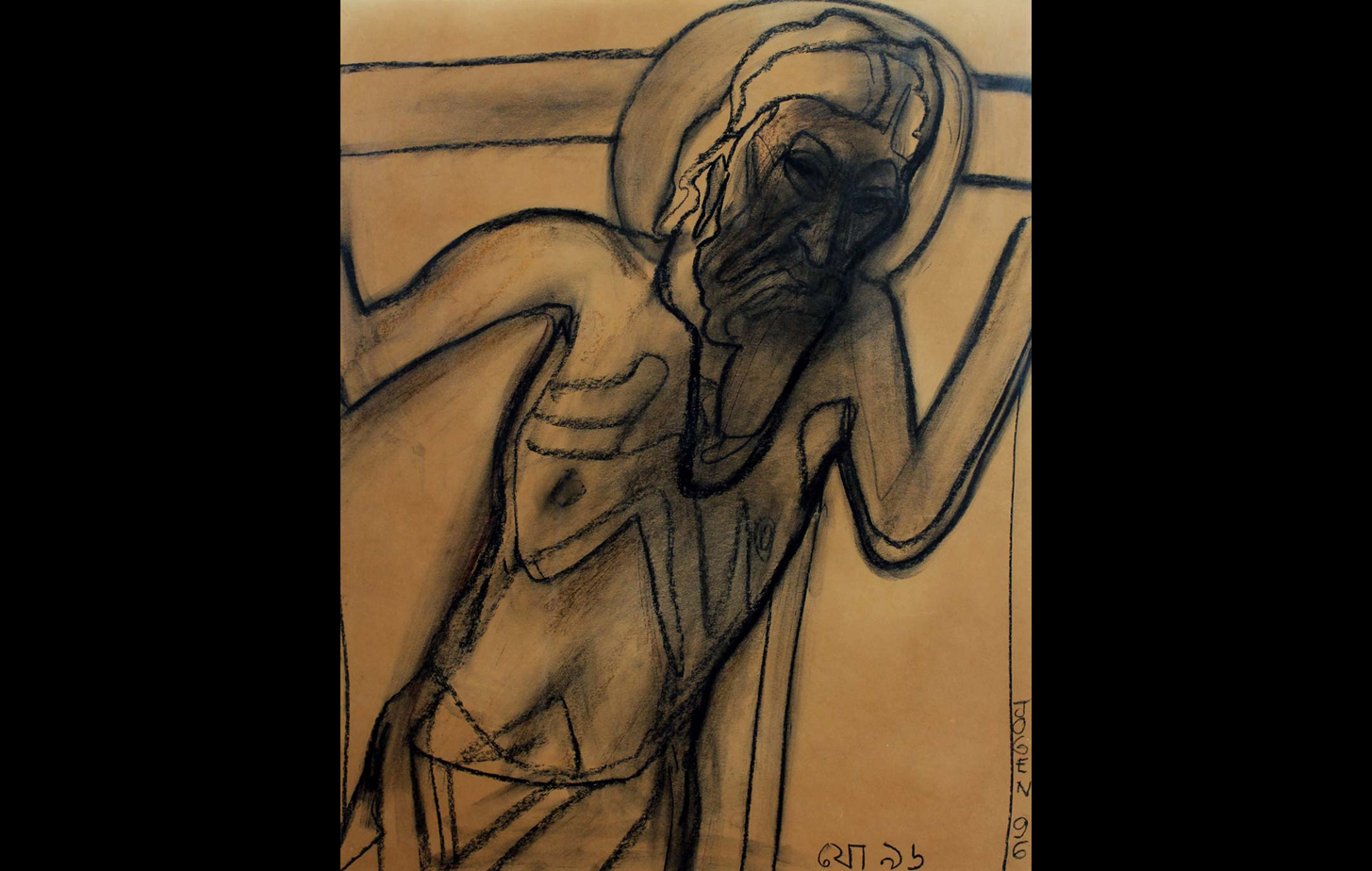 The theme of this painting is the ‘Crucifixion of Christ’. The artwork deliberately shifts our focus to Christ’s harsh, pained facial expressions by eliminating his nailed hands and legs, bleeding on the cross. Jogen Chowdhury’s Christ conveys intense human emotions of distress, agony and pain through both the body and the face. A white halo around the head is juxtaposed to the dark face – this accentuates the painful expressions emerging from the heavily shaded face and the pitch black eyes.

The image of Christ here is in contrast to the somber Christ seen in most popular renditions. The figure is as filled with tension as the face, evident through the thick(er) shading around the body and rough delineation of the ribcage. Chowdhury has, in the course of his career used several mediums – oil pastels, watercolour, ink, charcoal etc. but his mastery lies in the black lines that create human figures.

A leading figurative expressionist in India, Jogen Chowdhury was born in 1939 in Dahapara Bengal, now Bangladesh. He graduated from the Government College of Arts and Crafts, Kolkata after which he went to study in Paris at the L’Ecole Nationale Superior des Beax-Arts. Much of his early work was influenced by the social climate of his home, like the Bengal Famine of 1943 and the communist movement that followed.

In his works, distorted and caricatured figures reference the human plight in situations of social distress; this would eventually become his signature. In 1972, he was appointed the curator of the Art Gallery of Rashtrapati Bhavan. In 1987, he joined Kala Bhavan in Santiniketan as a professor of painting and he’s also been a member of the Rajya Sabha since 2014.