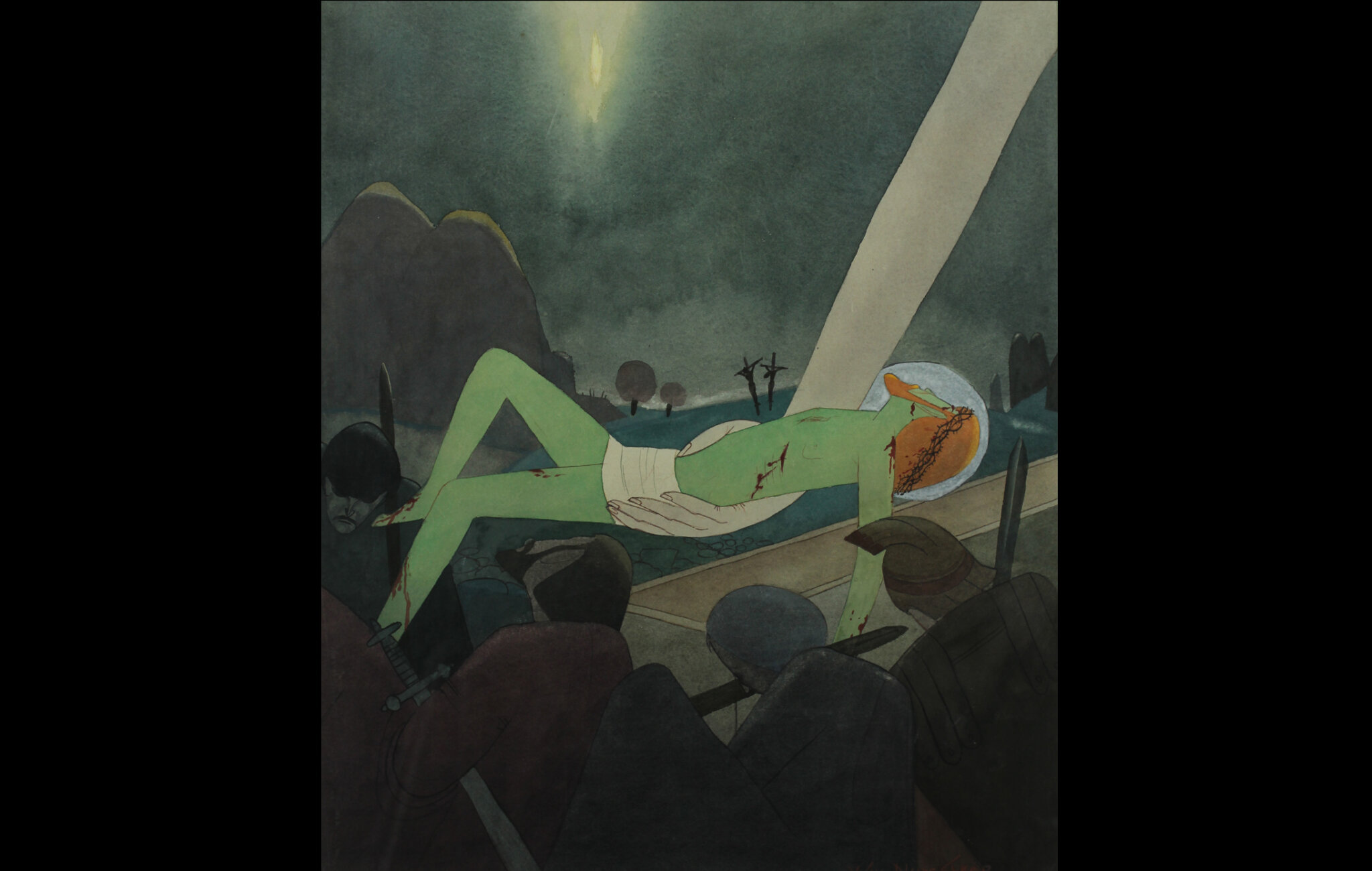 ‘Divine Light’ by Vishwanath Nageshkar depicts the resurrection of Christ after his crucifixion.

In the composition, Nageshkar uses a mellow color palette, wherein the figure of Christ itself is painted green – biblically this was meant to be a scene of redemption. Yet due to the gruesome nature of Christ’s death, this scene has a rather melancholic effect to it. The large hand that reaches out and grabs the body of Jesus is meant to symbolize Jesus’s savior. The ‘Divine Light’ that is represented as a small pulsating form in the greyish-blue sky, seems to be the focus of this composition. Even though there are several larger elements represented, the radiant and consequential light has a sort of looming existential power that is beyond the control of the resurrecting arm and Christ himself. This gives the composition a magical-realism theme that is a strong element in a lot of tales and biblical references of the resurrection of Christ too. It becomes an inference to the possibility of a power that is beyond us all, which we do not have control over. Overall, this composition is poignant and deeply expressive of emotions and the power of redemption.

Vishwanath Nageshkar, born and raised in Kolhapur, Maharashtra in 1910, was of Goan descent. He completed his art education from the Sir J.J. School of Arts in 1930, later specialising in Fresco Painting from the same institution. He went on to study art in Europe at the Ecole Nationale Superieure des Beaux in Paris, France, from 1933 to 1935 and at the Kunstakademie, Munchen in Germany between 1938 and 1940.