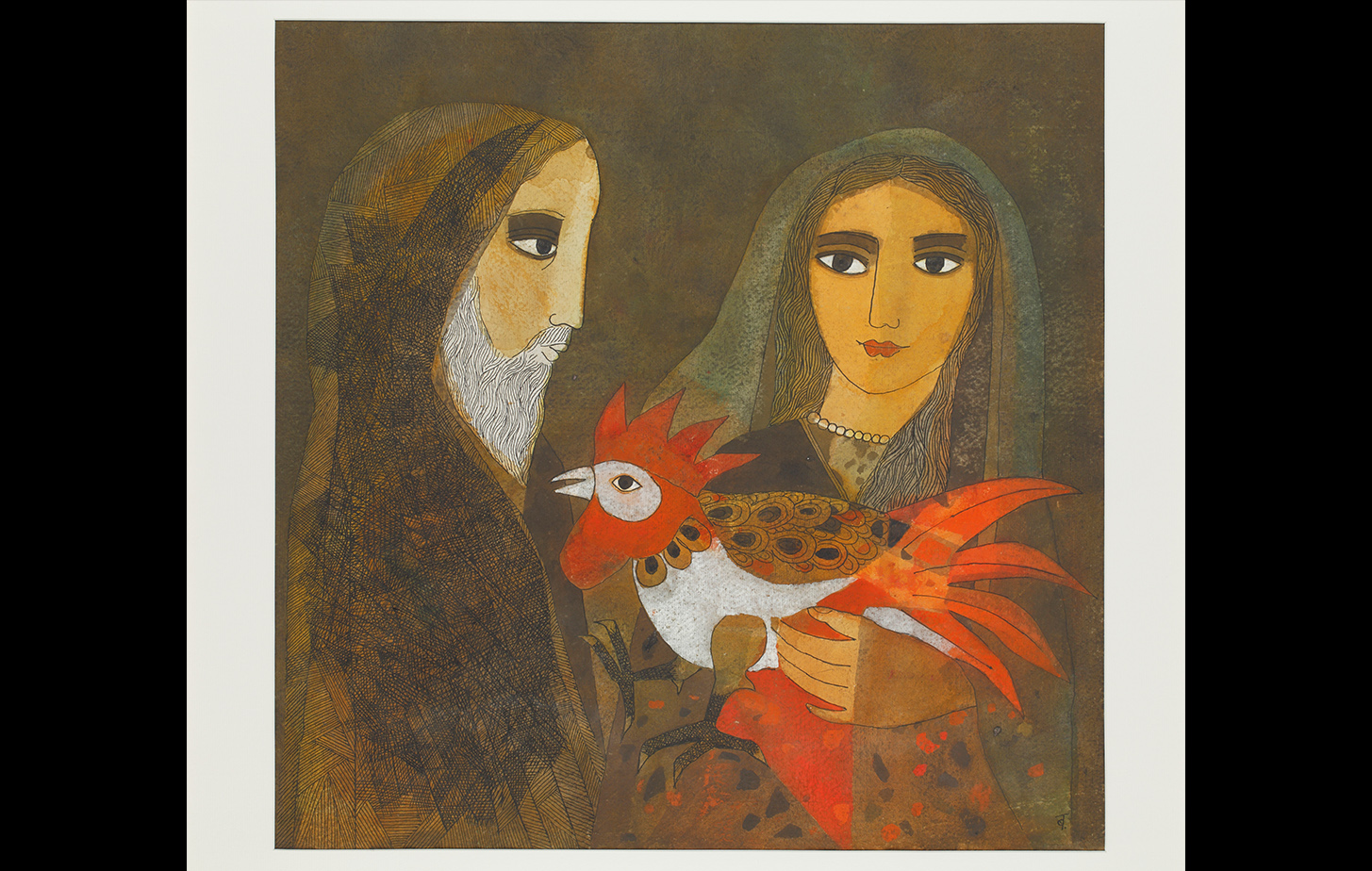 An artist’s interpretation of Kukkuta Jataka, a tale from the Buddhist Jataka fables inspired by the life of Gautama. In Kukkuta Jataka, Gautama takes life as a rooster. A cat that wants to eat the bird offers to become his wife first. The plot fails, and the bird is later revealed to be a Bodhisattva. This tale was narrated to a Buddhist monk who was tempted by the sight of a woman. In the painting by Badri Narayan, a rooster is being held by a beautiful female figure who looks lovingly towards a sage-like male figure.

Badri Narayan was entirely self-taught and his art betrays a deeply introspective gaze. All of his work was in some way or the other an exploration of the self. He was inspired by various movements and art forms, particularly traditional miniatures, narrative paintings and popular Indian iconography. For his own work, this artist from Andhra Pradesh preferred a certain flat two-dimensionality that nevertheless teemed with life.

Ink and watercolour on paper