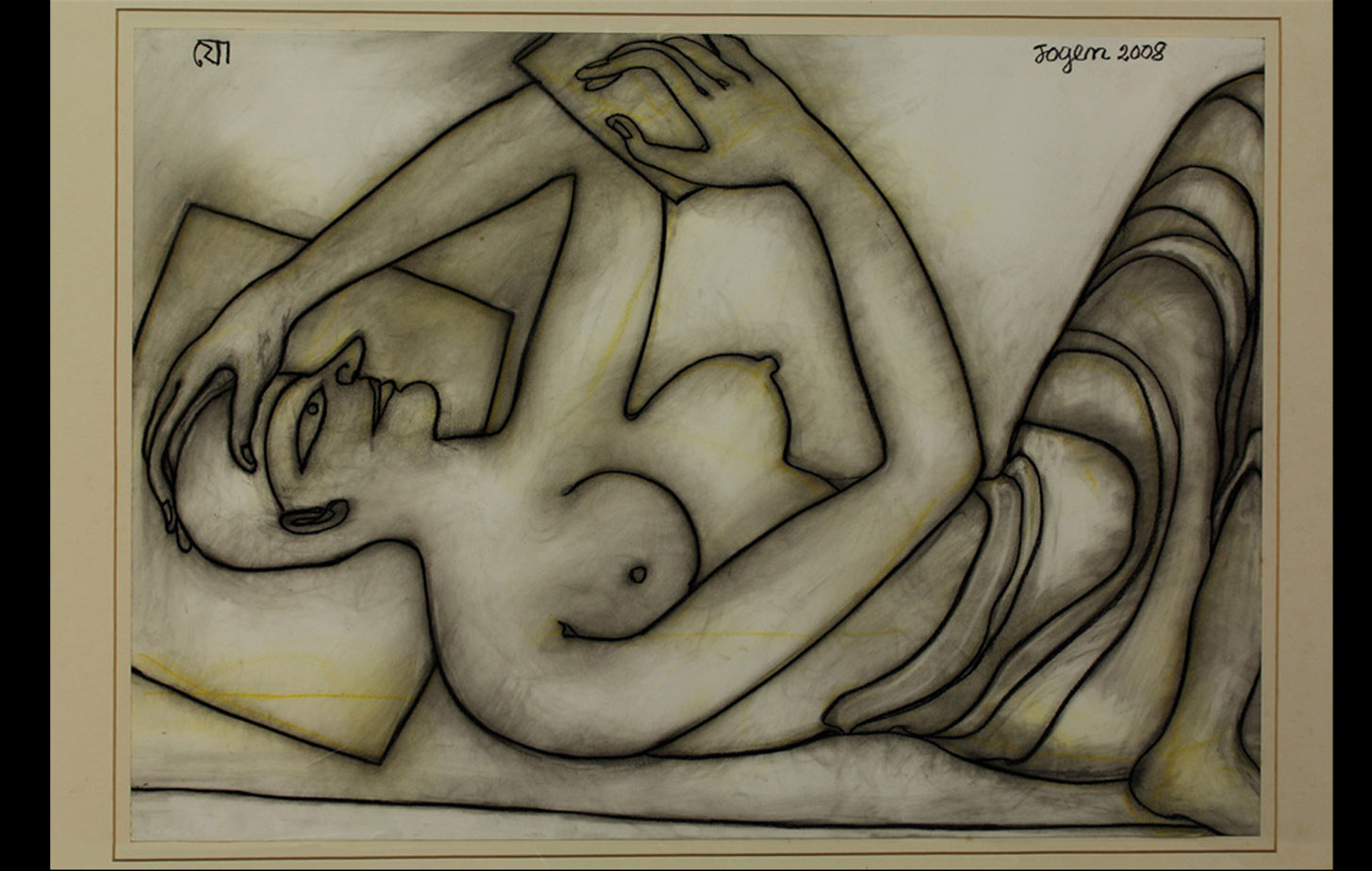 The subject of this painting is a semi-nude female figure lying on her bed with a love letter. But for the breasts, there would be no way to identify the gender of the subject. The artist has whittled away all extraneous details, not to mention colours, to present a languid, wistful mood.

Jogen Chowdhury’s nudes are neither perfect nor posing. He clearly seems to want to go beyond the merely physical and layer moods and emotions onto his subjects. His figures are interesting for being more emotional and atmospheric than they are physical or sexual.

A leading figurative expressionist in India, Jogen Chowdhury was born in 1939 in Dahapara Bengal, now Bangladesh. He graduated from the Government College of Arts and Crafts, Kolkata after which he went to study in Paris at the L’Ecole Nationale Superior des Beax-Arts. Much of his early work was influenced by the social climate of his home, like the Bengal Famine of 1943 and the communist movement that followed.

In his works, distorted and caricatured figures reference the human plight in situations of social distress; this would eventually become his signature. In 1972, he was appointed the curator of the Art Gallery of Rashtrapati Bhavan. In 1987, he joined Kala Bhavan in Santiniketan as a professor of painting and he’s also been a member of the Rajya Sabha since 2014.