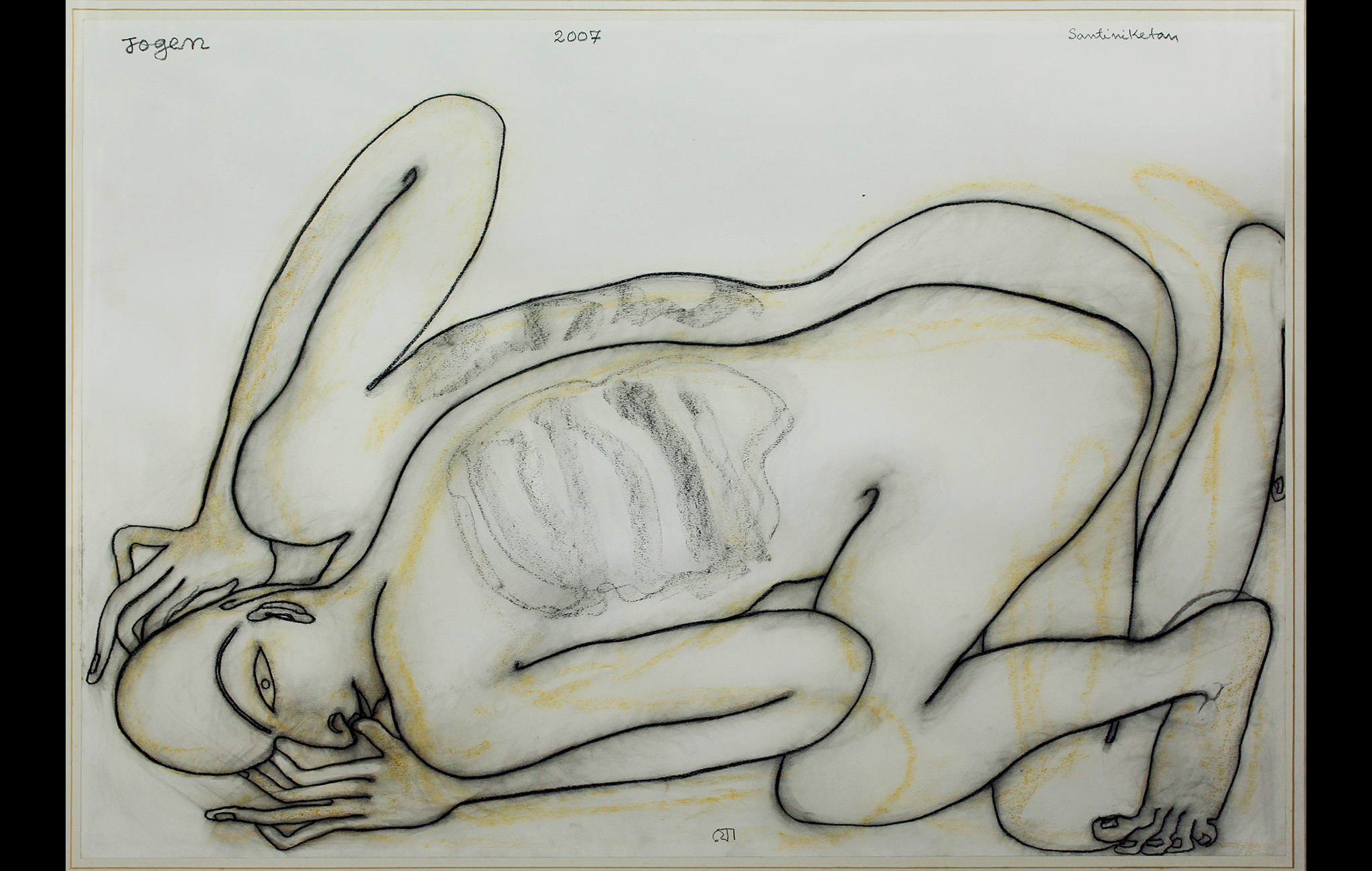 The subject of this minimalist painting is a prostrated man. Artist Jogen Chowdhury’s signature style is in use here – fine, seemingly unbroken lines which create figures infused with feelings of social distress. This painting titled ‘man kneeling’ is a famous composition by Chowdhury first made in 2007. He recreates this image several times thereafter.

The posture of the man is deliberately curved in a manner that speaks volumes about his subjugation. The artist emphasizes a sense of distress by making the figure seem too ‘big’ for the frame, thereby appearing compressed inside. He also uses fainted, rough, black brushwork to detail only the ribcage of the body to stir the viewer’s emotions. Yet, the subject’s face usually remains plain, sometimes even innocent. In the above rendition it appears devoid of suffering. He is almost smiling and this creates an uncanny dichotomy. It is said that when an artist can create more using less, he or she has reached a higher understanding of the visual medium.

This stands true for Jogen’s chowdhury’s work. He plays with space, creating volumes inside the human figure with a single stroke. His oil pastel and charcoal technique is an original method of painting pioneered by him.

Chowdhury, a leading figurative expressionist in India was born in 1939 in Dahapara Bengal, now Bangladesh. He graduated from the Government College of Arts and Crafts, Kolkata after which he went to study in Paris at the L’Ecole Nationale Superior des Beax-Arts. Much of his early work was influenced by the social climate of his home, like the Bengal Famine of 1943 and the communist movement that followed.

In his works, distorted and caricatured figures reference the human plight in situations of social distress; this would eventually become his signature. In 1972, he was appointed the curator of the Art Gallery of Rashtrapati Bhavan. In 1987, he joined Kala Bhavan in Santiniketan as a professor of painting. He’s also been a member of the Rajya Sabha since 2014.