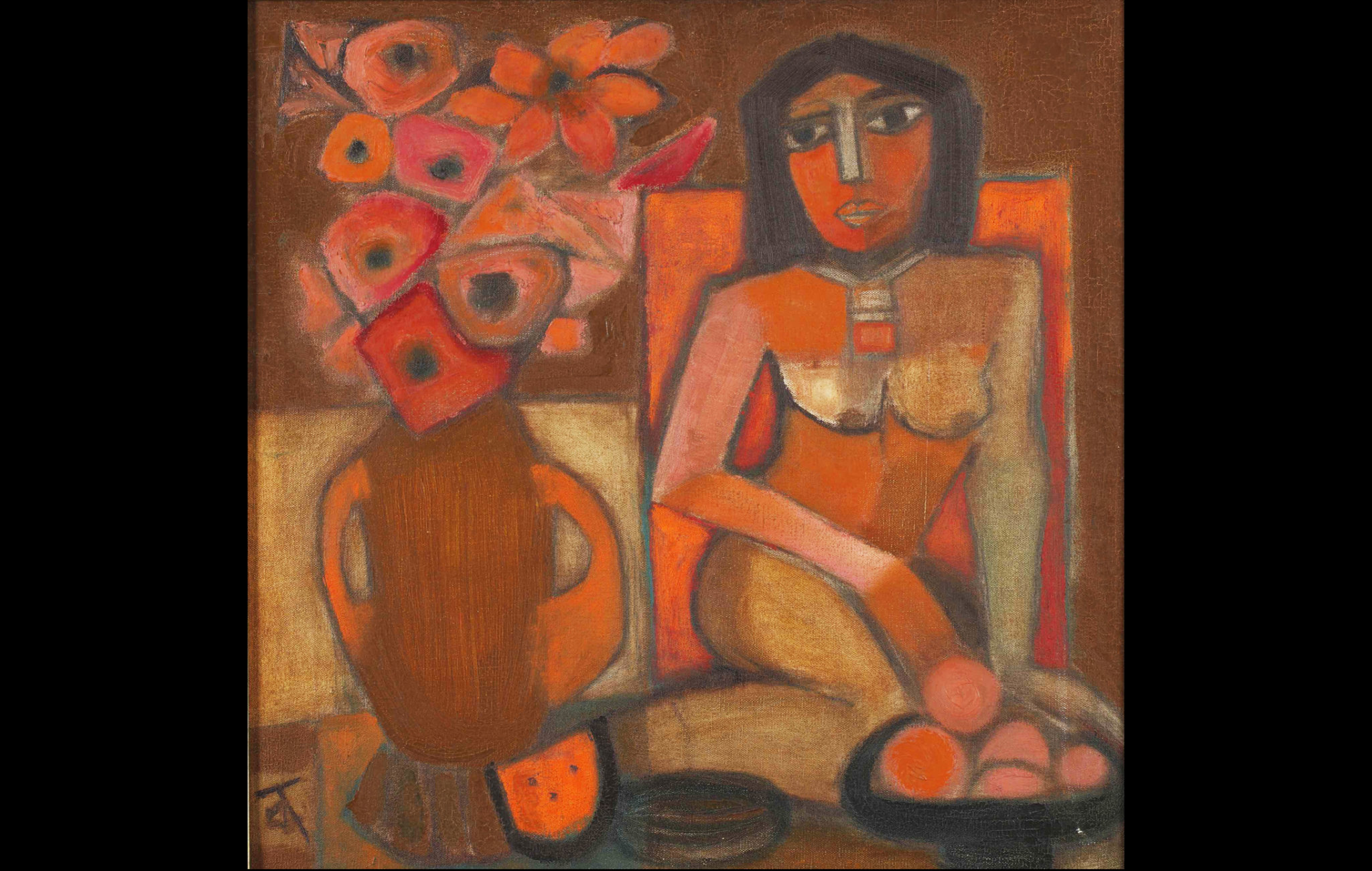 In this painting, Badri Narayan has juxtaposed the figure of a seated female nude with a still-life composition. So much so that the woman itself appears to be another fixture in the still-life composition. There is a certain mystic dream-like quality to the painting that is a feature common to a lot of Badri Narayan’s painting compositions. Here the seated female nude has a prominent necklace, and a lot of still-life elements surround her. In front of her there is a basket of pink fruits, along with a few stray fruits beside her. Another major point of focus, other than the figure of the woman, is the large flowerpot on her left side. This flowerpot is proportionally as large as the seated woman, thus drawing the attention of the viewer. The flowers are painted in muted shades of pink, red and orange, which mimics the shades used in the fruits and the body of the female nude.

Narayan’s artworks are very symbolic, and are deeply rooted in conveying a hidden message via certain symbolic elements. He usually draws these symbolic elements and references from the world around him, and his real life experiences. Narayan is greatly influenced by Indian mythology and its related metaphors. Additionally; traditional Indian miniatures heavily inspire his painting technique. This painting is part of our first digital exhibition, Body and Soul.