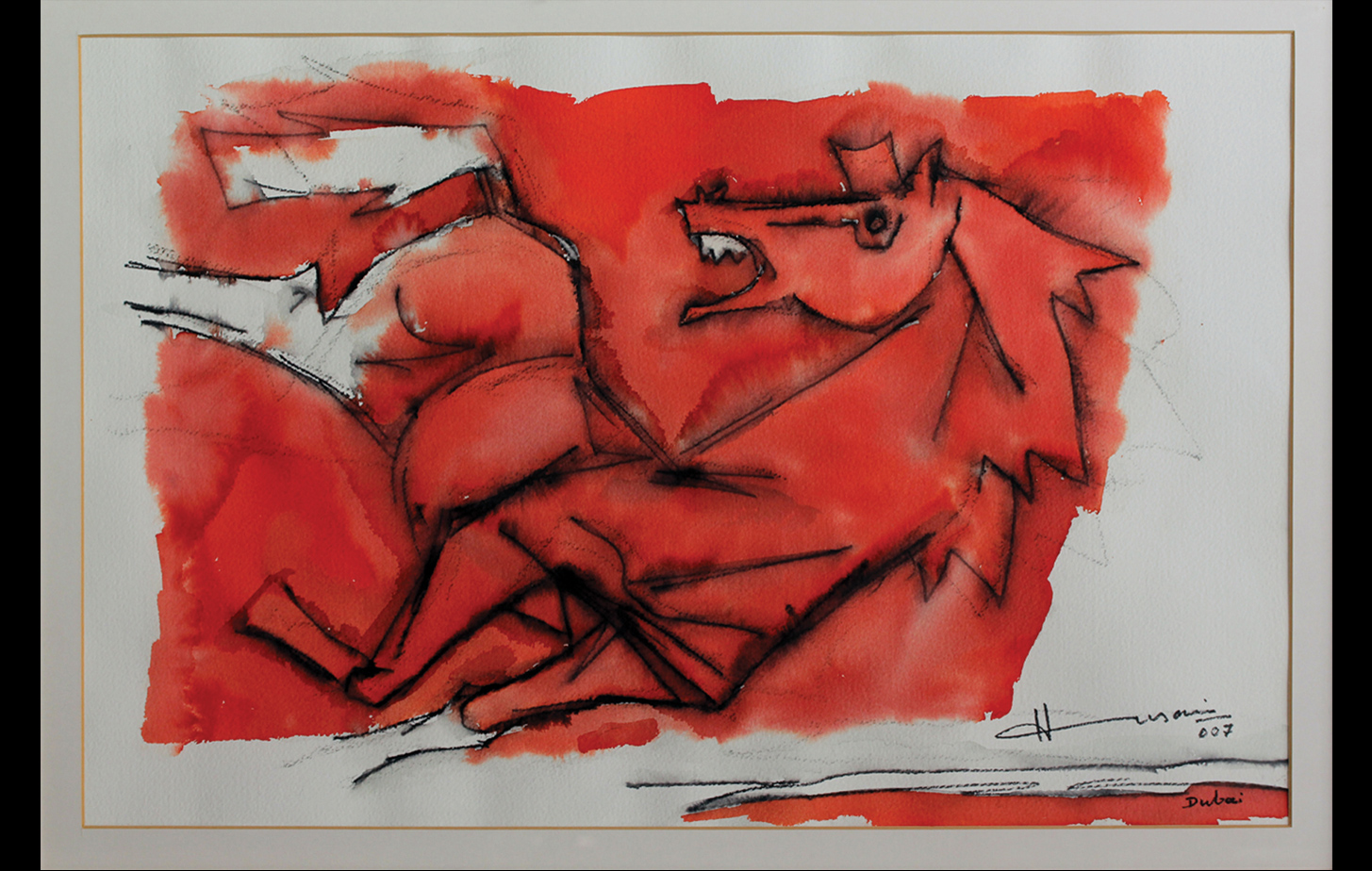 A self-taught artist, born in the small town of Pandharpur in Maharashtra, MF Husain has had an extraordinary career. It began with painting cinema posters and toys in Bombay and only really took off after he became a member of the PAG. His primary pictorial concern was to imagine a secular modern Indian art, to create a visual language that would appropriately translate the country’s composite culture, and to develop an artistic mosaic that was steeped in imagination, myth and symbolism.His subjects ranged across a broad spectrum: from everyday observations of people at work to allegorical themes inspired from religion, history and mythology. The horse became an important part of his artistic oeuvre since his first representation of the animal in 1951. They are shown as powerful creatures, galloping ahead, often with reared heads and tremendous movement.