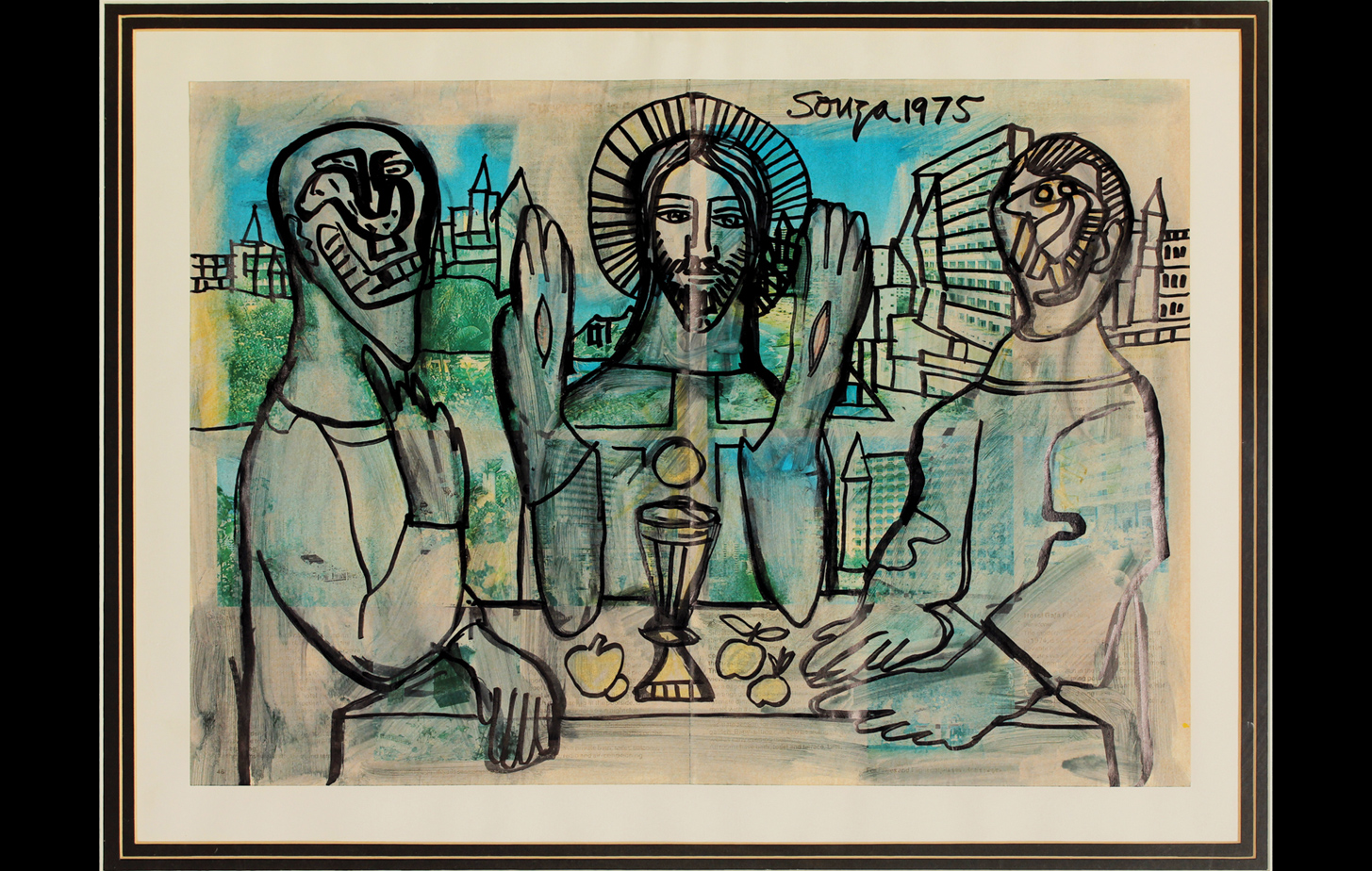 Souza brings a touch of the unexpected, even a note of the odd, to the table in this rendition of the Supper at Emmaus, where a resurrected Jesus reveals himself to two of his followers. The disciples faces are disfigured in a way that references the artist’s cubist tendencies.

FN Souza believed that art offered the only respite for man, who would die of boredom in the absence of it. His works betray this sentiment; every piece of his artistic repertoire is charged with his lived moments, every piece portrays an overflowing passion. Brought up in a strictly Catholic environment, expelled from both school and college for his rebellious and ‘blasphemous’ nature, Souza would go on to become a founding member of the Progressive Artists Group and one of the most sought-after artists in the international art markets. His blunt, extreme style, borrowing from spirits of cubism and sculptures of Indian classical traditions, found form in many types – nudes, landscapes, ‘heads’, portraits as well as religious themes.