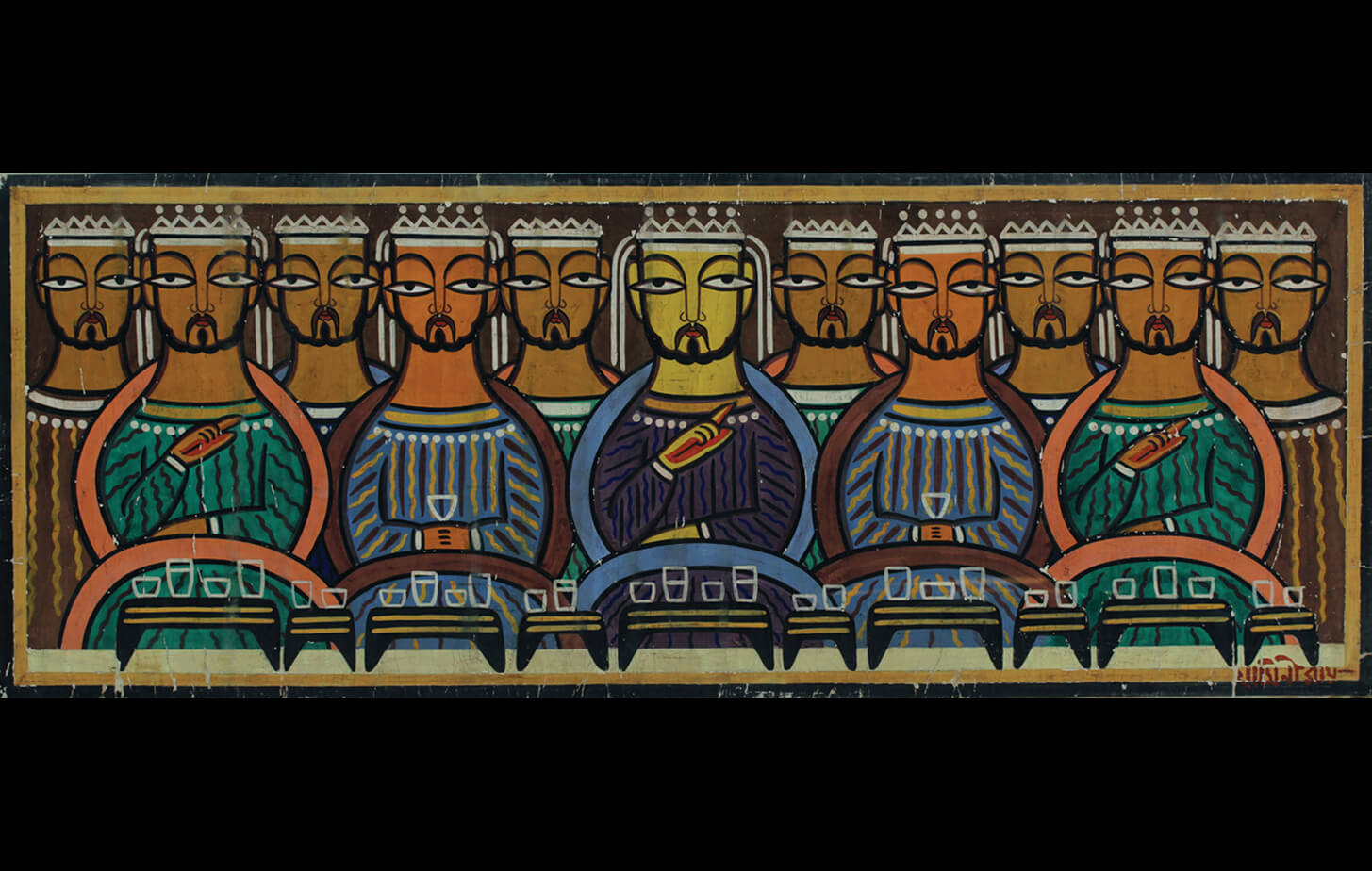 Jamini Roy was probably the first artist to depict Christ in an Indian vocabulary. He was looking to test the effectiveness of his bold line and flat colour technique on a subject which was remote from his personal life. Being an orthodox Hindu who had never read the old or new testaments, Roy saw the depiction of Christ as the perfect opportunity. He studied ancient Christian iconography and photo reproductions of renaissance masters and declared his aim to convey the essential human characteristics of Christ through symbolism. The figure of Christ in his paintings was painted in his characteristic style- almond eyes, sharp chips, a voluminous body. Painted in earthy colours of maroon, orange and brown, these images were perhaps the first popular renditions of Christ in strict Indian vocabulary. The Crucifixion and the Last Supper were his most used narratives. The peculiar aspect of the Crucifixion paintings is that they are devoid of any suffering generally seen in Christian iconography. Instead, Christ’s face is tender and looks at the viewer, directly causing a sense of powerful discomfort.

Jamini Roy created several paintings on the theme of The Last Supper, depicting 10 to 12 apostles. In this painting, the figure of Jesus stands out amongst the rest because he is painted yellow, and is proportionally slightly larger than the remaining figures. The painting is rather impactful, as all the figures represented are in frontal-profile view and are therefore directly gazing at the viewer. There is attention to detail seen in the design on the robes, the symmetrical appearance of the figures, their white crowns, and the tiny tables with the wine glasses. The repeated facial expressions and the overall colour palette of the composition give it a soft yet overpowering quality.

Tempera on cloth pasted on cardboard