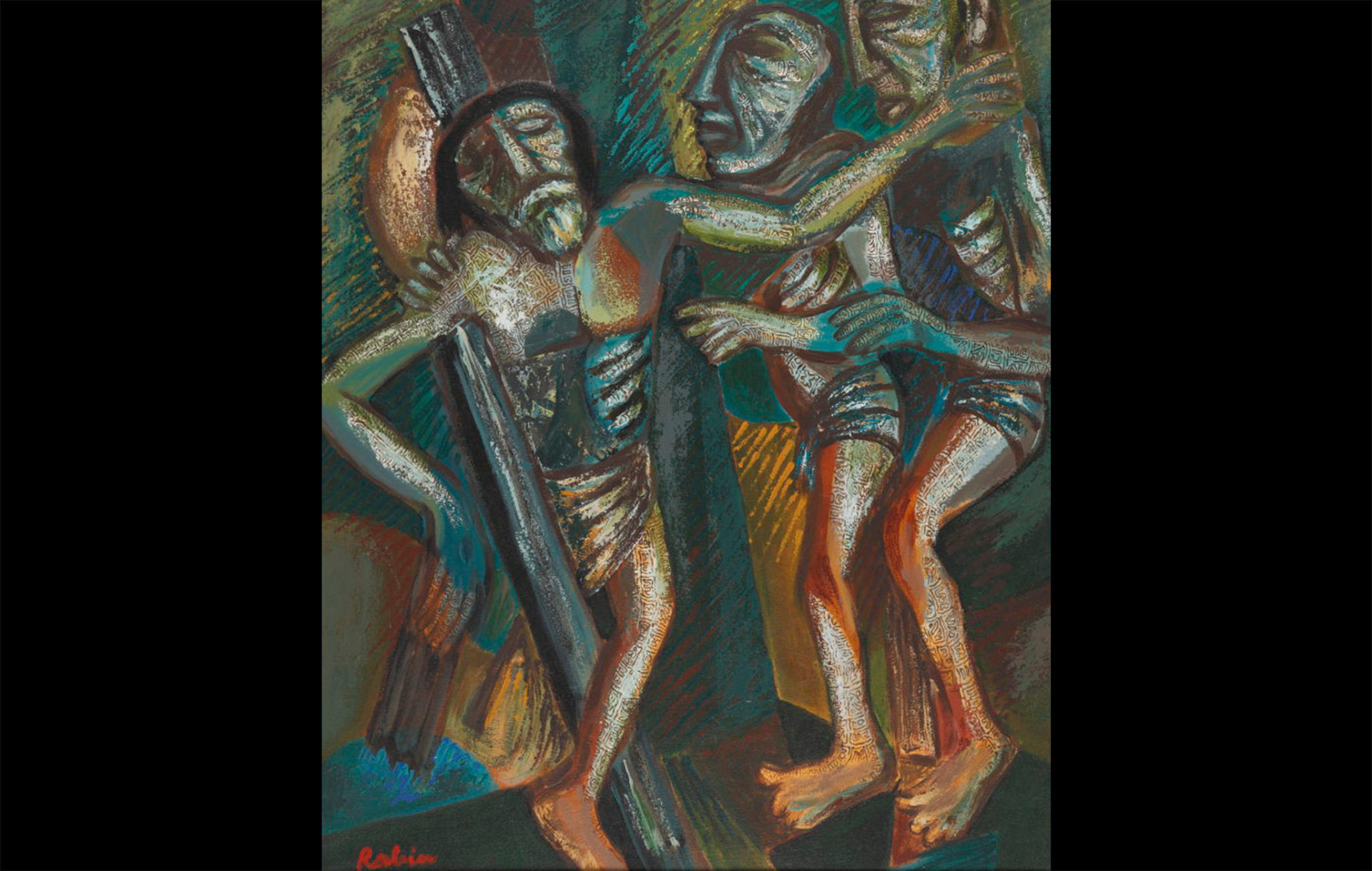 Rabin Mondal depicts Christ in his most vulnerable physical state. He can barely stand under the weight of the cross and collapses on his disciples’ arms on the long walk to his Crucifixion. The three figures are frozen in distress, their bodies wracked with suffering and their spirit filled with sorrowful anticipation at the end that awaits them. The colour palette Mondal uses is largely on the cool side, with lots of greens and blues keeping with the melancholic theme of the painting. Each of the figures is boldly outlined in dark brown so there’s no hierarchy here; each figure is in pain, each one’s pain is significant.

Rabin Mondal was born in 1932 in Kolkata and he completed his art education with a degree in fine arts from the Vidyasagar Art School. His work grapples with very relatable themes such as inner turmoil and the daily struggles of being human. Mondal tends to depict the suffering and poverty that he saw around him in his own life in Kolkata, and has tried through his work as an artist to capture and accurately portray this essence of violence, anguish and misery. He draws a lot of his inspiration from other Indian masters like Jamini Roy and Rabindranath Tagore. He uses a very somber colour palette of mostly blacks and reds, with the occasional moss green and turquoise blue making an appearance. He believes “art is for communication and not decoration.” Mondal has been an integral part of the avant-garde artists’ movement in Kolkata, and was also a member of the Lalit Kala Akademi from 1979-1982. He lives and works in Howrah.