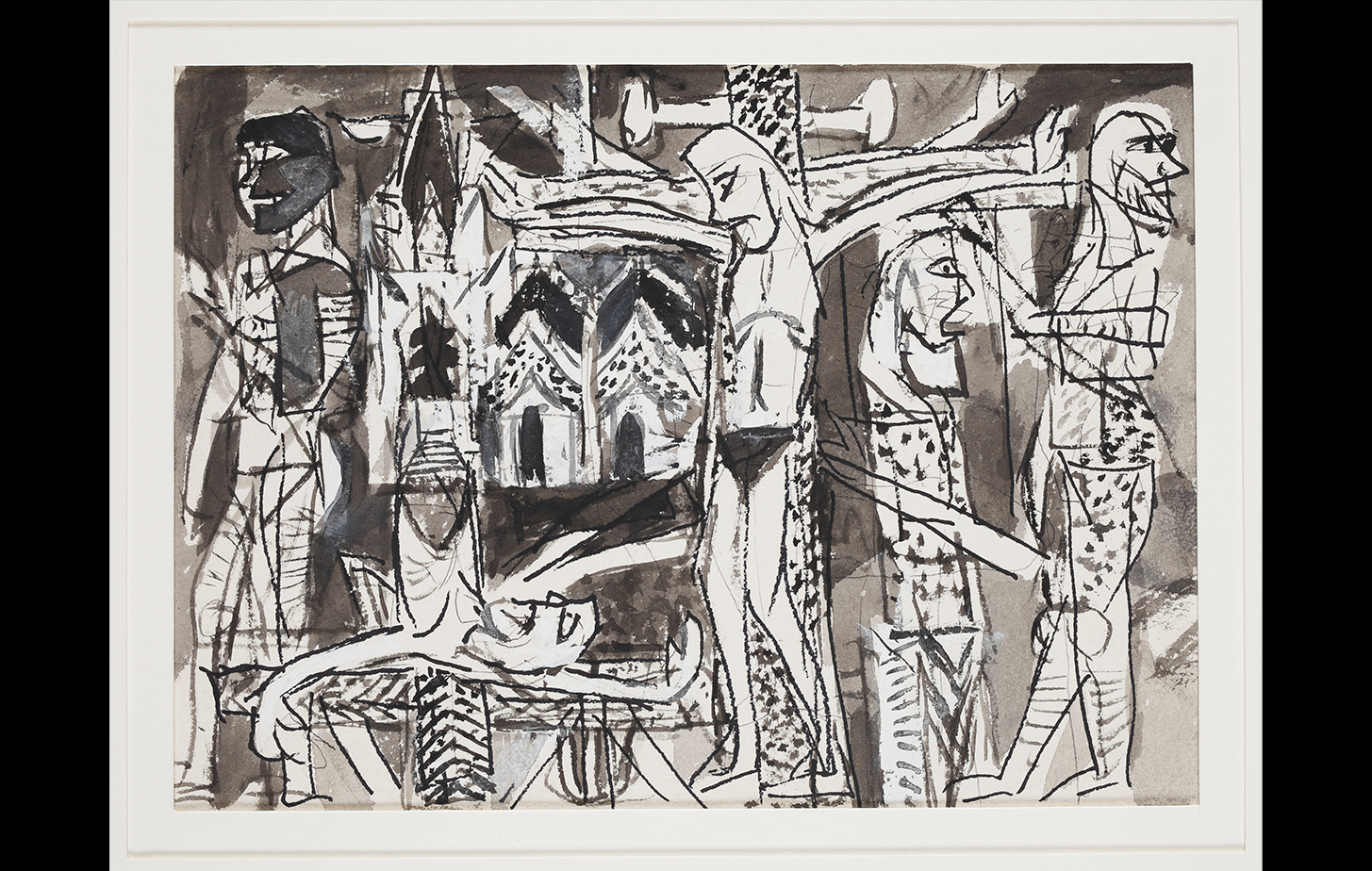 The work deals with the theme of crucifixion. There is a central figure on a cross and other figures are gathered around, perhaps representing the mourners. Rudimentary architectural elements can be seen in the background.

KG Subramanyan was actively involved in the freedom struggle and was known for his Gandhian ideology. His visit to Santiniketan to study in Kala Bhavan was the turning point of his life as an artist where he studied under pioneers of modern Indian art till 1948. His works were greatly influenced by folk art of Kerala, Kalighat painting and Pattachitra from Bengal and Orissa. He often depicted Indian mythology and contemporary cultures in his paintings. His works also drew references from African masks and Cubism. His works often depicted contrasting icons of humans and animals through which he wanted to represent the complex reflection of conflict. He wanted people to be aware of the good and evil residing within them.