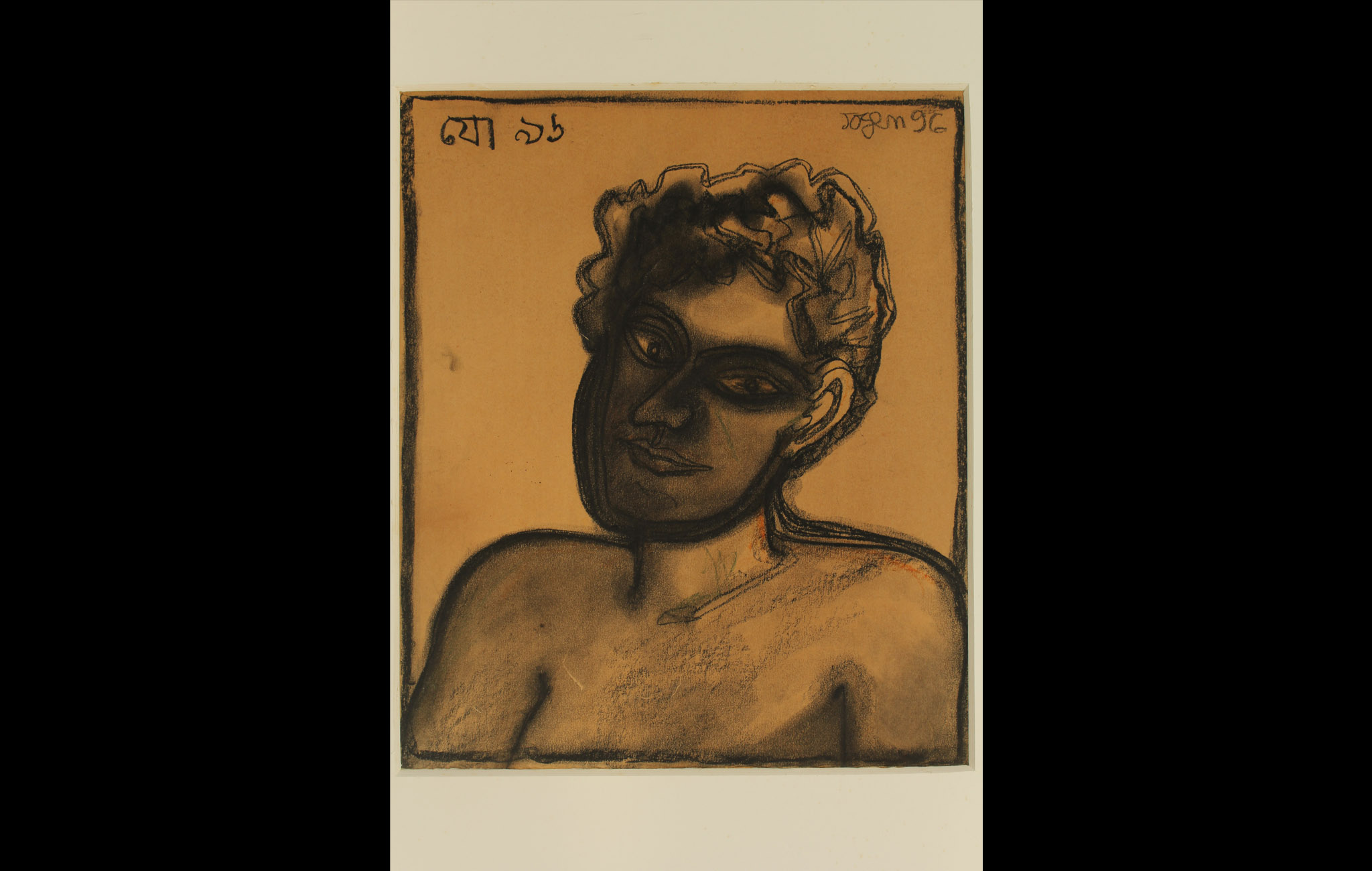 The subject of this painting is the bust of a young man. The work is expressionist and connects with the viewer directly. The connection is achieved particularly through the soft but direct gaze of the subject. Artist Jogen Chowdhury has achieved mastery in creating figures using only black lines. These lines are almost always distorted to elicit emotions from the viewer – these usually convey pain and agony, or present an underlying sense of distress.

However, this particular image is different as it neither speaks of distress nor of a social ailment. Rather, the image is soft, full of youth, perhaps even hopeful. The use of oil pastels and charcoal is an original method of painting that Jogen Chowdhury composed during his journey of self-exploration. He believes that an artist is only adding to the field if they offer something original and new.

Jogen Chowdhury, a leading figurative expressionist in India was born in 1939 in Dahapara Bengal, now Bangladesh. He graduated from the Government College of Arts and Crafts, Kolkata after which he went to study in Paris at the L’Ecole Nationale Superior des Beax-Arts. Much of his early work was influenced by the social climate of his home, like the Bengal Famine of 1943 and the communist movement that followed.

In his works, distorted and caricatured figures reference the human plight in situations of social distress; this would eventually become his signature. In 1972, he was appointed the curator of the Art Gallery of Rashtrapati Bhavan. In 1987, he joined Kala Bhavan in Santiniketan as a professor of painting. He’s also been a member of the Rajya Sabha since 2014.

Pastel and Charcoal on paper