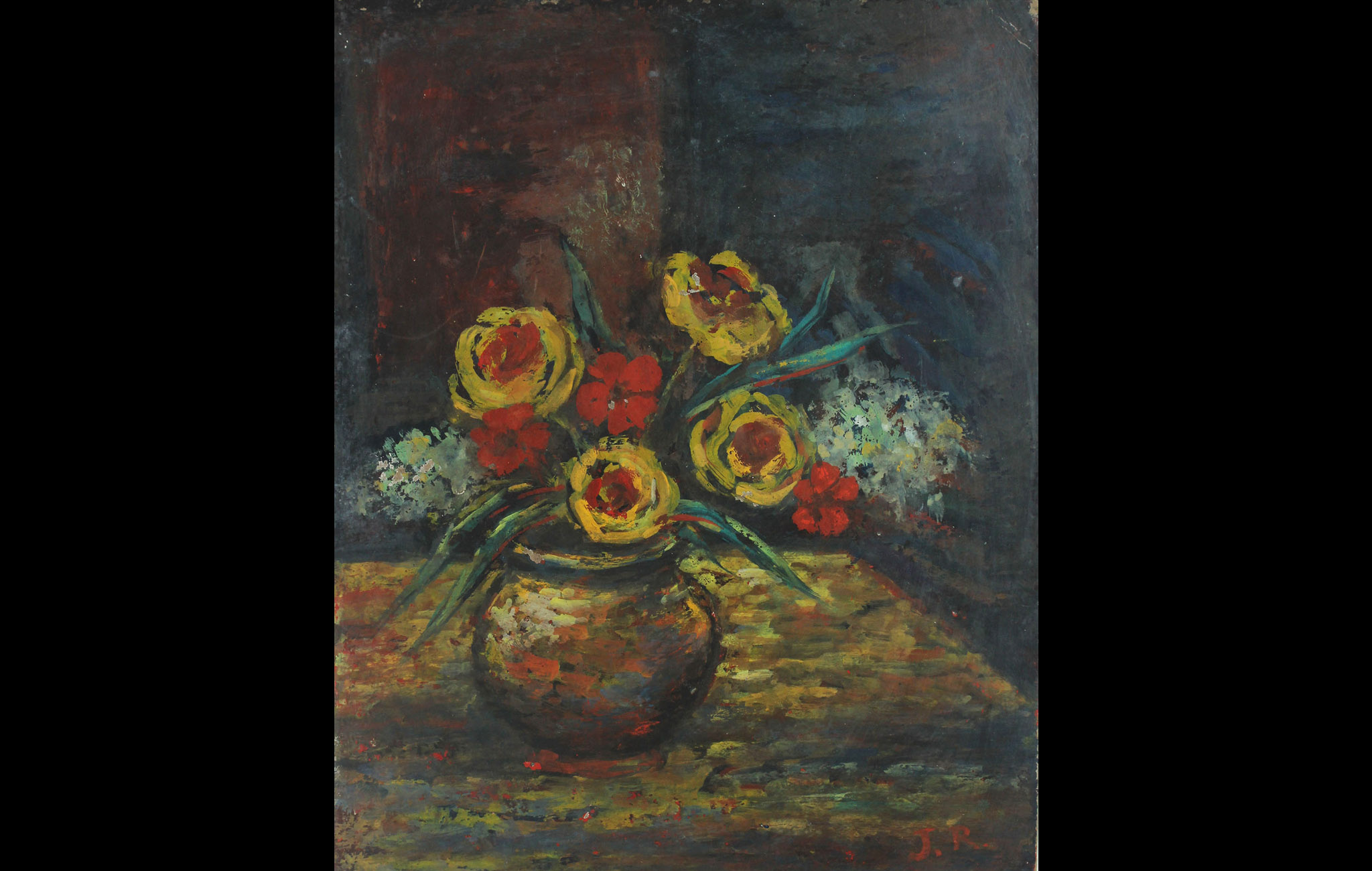 This painting is among the early works of Jamini Roy. Trained in European painting styles in the Government School of Bengal, Roy began his career with realistic oil portraits and post-impressionist landscapes. He produced several paintings in this style from 1905 to 1930s, but his later indigenous bent oeuvre overshadows them. One such painting in this style is the portrait of Debendranath Tagore, the father of Rabindranath Tagore (Now missing from Bangiya Sahitya Parishad).

Jamini Roy showcases remarkable talent for line and form in these paintings. Roy’s focus to modernism from realism began with his exploration of the post-impressionists, Cezanne and Van Gogh. The influence is in his short-stroke brushwork and flat(ter) application of paint. This untitled depiction of a flower pot showcases the tussle between his realist education and his departure to modernism.

Here, Roy was able to draw on the western post-impressionists’ strong chromatism and flat patches of colour but was unable to completely shed the representational forms of the table and the flowers. The composition of the background is in dark brown and bluish colours and uses plain colouring method, which is in contrast to the bright yellows and reds of the flowers. Jamini Roy would eventually move away from Western traditions/ modernism to find his voice in indigenous paintings and motifs. He would let go of all representational forms and move towards symbolism in both form and colour. And this would become the much known and cherished signature of Jamini Roy’s Popular art.