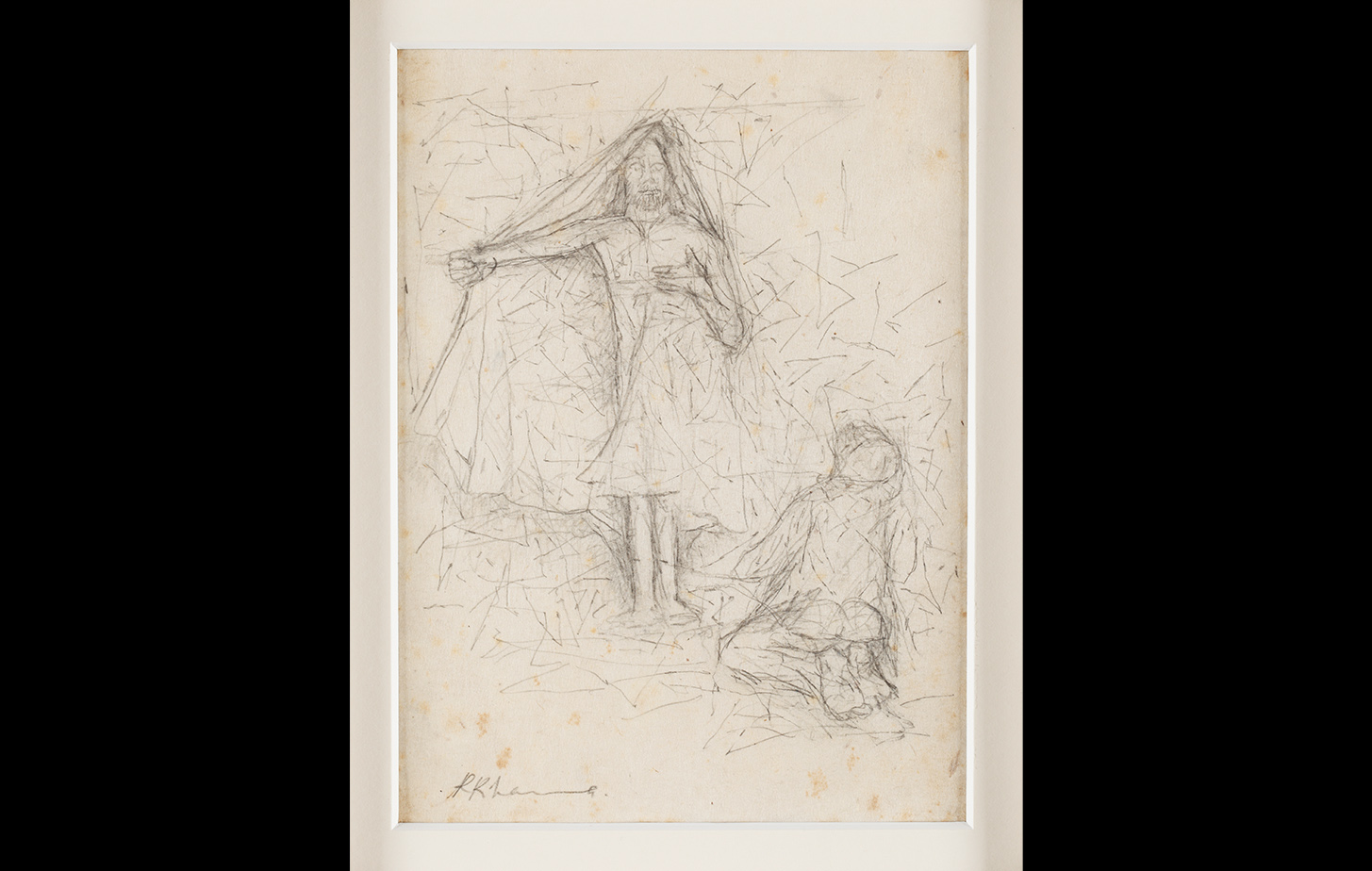 A sketch depicting a man in a cloak with an outstretched right arm. Another figure kneels before the standing figure, perhaps as a gesture of reverence. This work is very likely Biblical in its theme.

Krishen Khanna was born in pre-partition Punjab and moved to Bombay to work as a banker. Art had been a constant interest in his life, and in Bombay he became associated with the PAG. He continued his art practice simultaneously with his day job at Grindlay’s Bank, largely creating works that bore imprints of the traumatic experiences of the Partition.