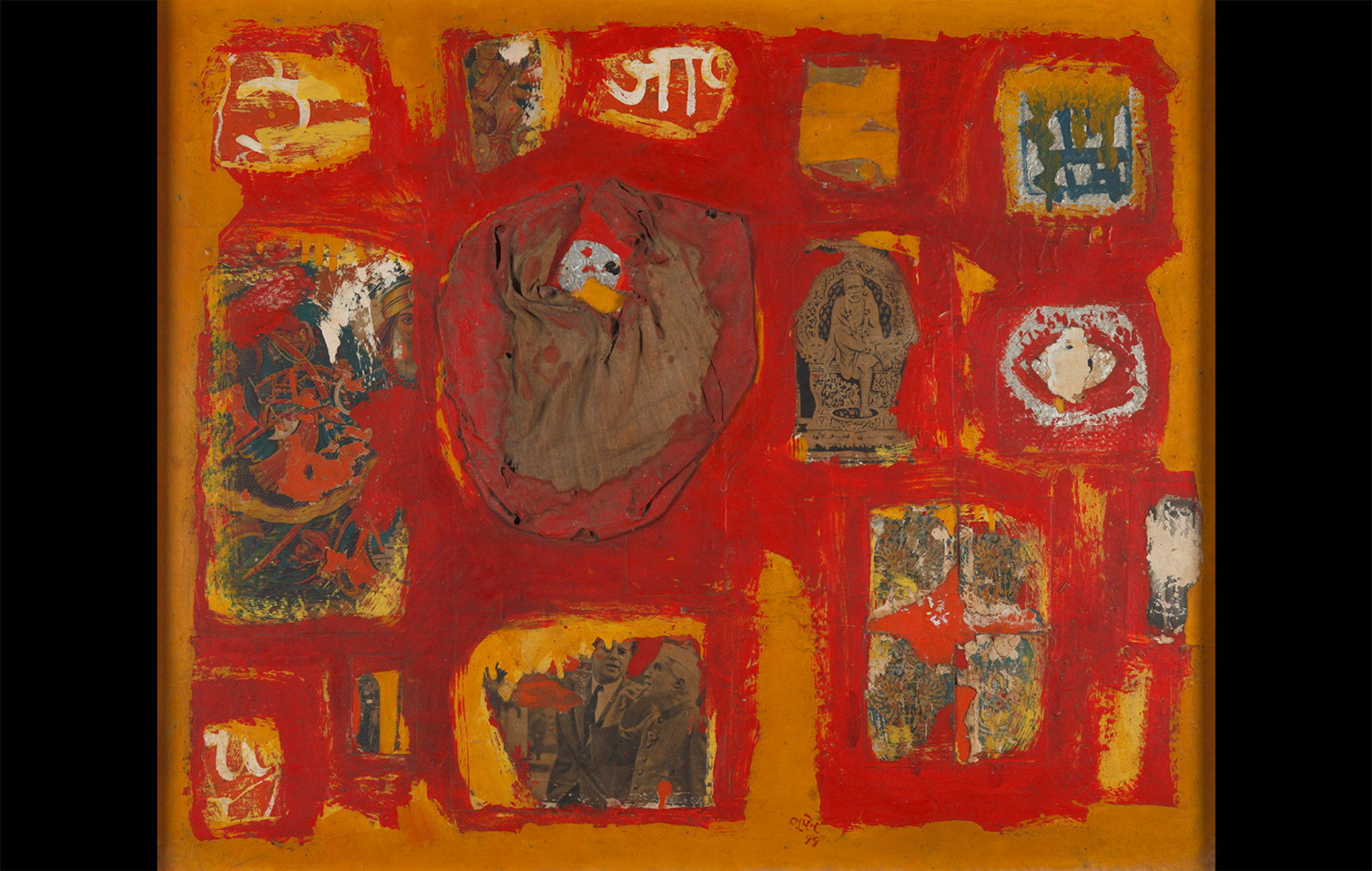 This painting by Bhupen Khakhar has both a sculptural as well as a traditional two-dimensional quality to it. The base of the painting is meant to physically resemble a temple’s wall, with its uneven thick brush strokes, and the use of crimson-red and yellow-ochre, auspicious colours in Hinduism. Traces of the Devanagiri script appear in white on certain sections of the painting,  spelling ‘Om’ in one instance. Photographs of images inspired by the Hindu epics, either the Ramayana or the Mahabharata, are collaged on the surface of the painting, and are made to look frayed and discoloured in some places—as they may look on an actual wall. There is also an element of mixed-media sculptural abstraction with the cloth that is placed in the center of the composition; it has a circular form and stands out among the rest of the flatter elements.

Bhupen Khakhar was a rebel not just for the art he made, but also the identity he claimed. Khakhar was a chartered accountant before he began his artistic career at the age of 38—read about his body of work and see other works by him here. Following his passion for art, he joined the MS University at Baroda to study art criticism. Khakhar gained recognition internationally, before being recognised in India. He was open about his homosexuality, and often depicted it as a prominent and recurring theme in his paintings. His exploration of homosexuality deemed him as a provocateur in the Indian art scene of the 1970s; one phase saw a lot of his works exploring homoeroticism in ways that not many artists from the subcontinent had attempted before. Later, Khakhar started to experiment with religious iconography and landscapes from India. His work can be found in various private and public collections, including the Metropolitan Museum of Art and Tate, London. The path-breaking artist passed away in 2003.

Wall of a Small Hindu Temple

Collage and mixed media on board